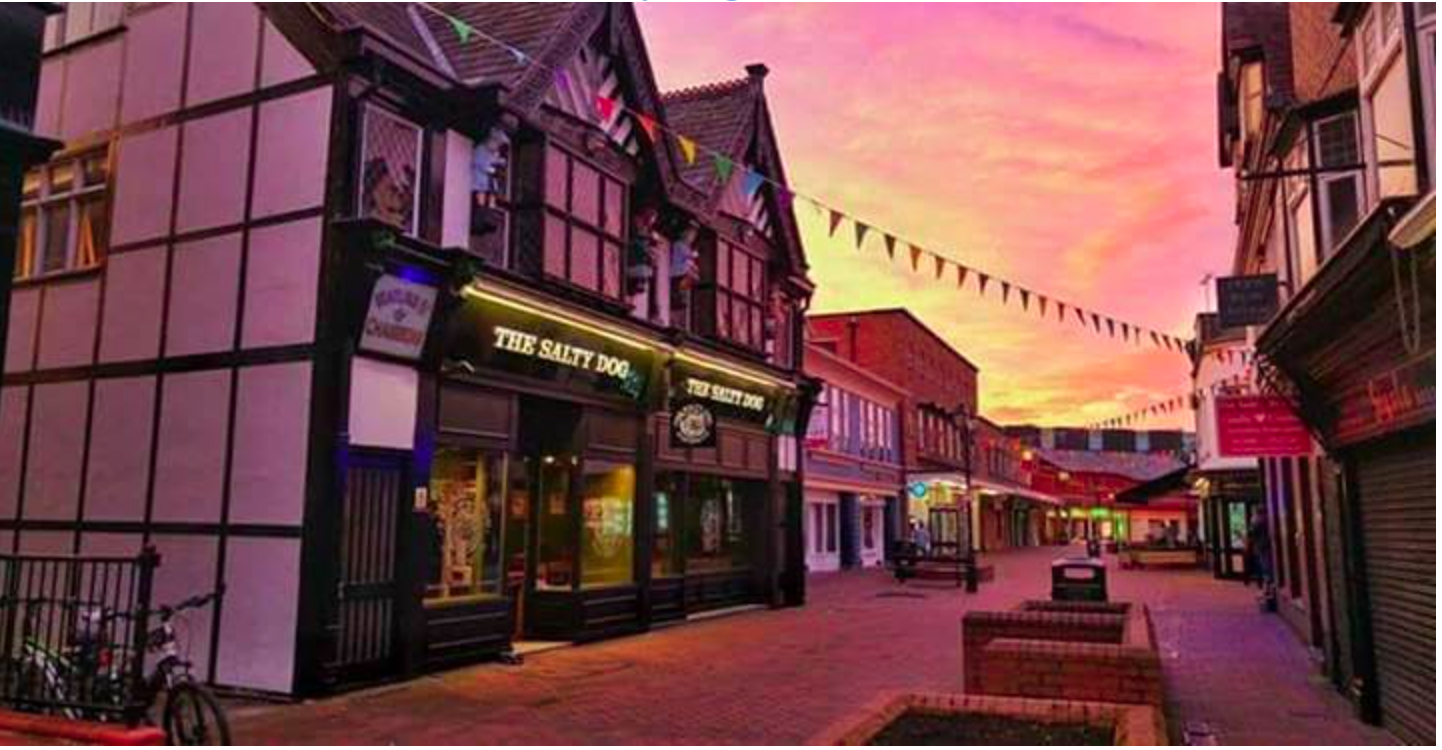 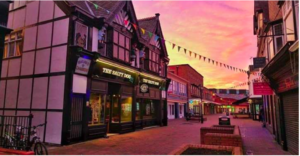 Quite recently we have seen the demise of some great live venues due to corporate greed and unseen circumstances. Take the likes of the legendary Dry Bar in The Northern Quarter, The Crescent in Salford, The Boardwalk in Sheffield and The Cockpit in Liverpool. All these venues have been stepping stones for small bands on the road to the large venues and fan base they work hard for to please us music lovers out there.

So it is a pleasure to see a new live music venue open in of all places Northwich!

This old salt mining town was the home of Dead Dead Good Records in the late 80s to 90s and spawned the mighty Charlatans (although the original members were from Walsall except Salford born Tim). The Salty Dog is a breath of fresh air to a town that has always loved live music. I remember my own band playing Winnington Rec in the early 90’s when the music scene was full of aspiring young bands trying to make it. Northwich band at the time The Thrush Puppies even had a fanzine going called The Salty Dog which I presumed the venue got their name from (I was wrong!). This venue is the brainchild of a guy called Chris Mundie (aka Bundie) who used to play drums for the well-known 80s’ Oi! Band The Business who kept going until 2016 only stopping due to the death of frontman Micky Fitz. Chris tells me he had always wanted to open a live music venue, so being from Northwich decided to go with his heart and dive into the world of draught ales and live music combined. This is what makes the venue unique. You can have a pie and a pint for under a fiver (loads of craft ales from Tatton Brewery) and see a decent live band to boot.

Since opening in May they have seen the likes of Roddy Radiation (The Specials) with his Skabilly Rebels, XSLF (original Stiff Little Fingers members), The Subhumans, Anger Flairs an Oi! band from Japan?!, Anti Social from California, Dedo Podre from Brazil, The Slackers from New York and lots of new local North West bands from Manchester, St Helens, Chester and surrounding areas. Being from a punk background Chris has a lot of pull in getting some great bands on due to his touring the world with The Business and meeting loads of musicians along the way. He’s even had one of The Charlatans doing a DJ set!

This may sound like a punk venue but if you check out some of the bands that have played you will see that it welcomes all genres of music from folk, psych rock, indie, metal, electronic. Chris doesn’t want The Dog to be pigeonholed as a punk venue and tells me he welcomes anyone original with good material through his doors. There is none of the dreaded Pay To Play involved and he looks after anyone who plays.

Coming up soon the venue will see the likes of Steve Rogers who is touring the UK (see LTW) and next March the punk stalwarts Peter & The Test Tube Babies with support from Manchester speed punk heroes Revenge Of The Psychotronic Man and the brilliantly named Vomit! Being a Mancunian abroad living in Northwich and having to commute into the City Centre for gigs this place is a godsend to me and the more bands  that know about this venue the better.

Any bands that want to play there can contact Chris by e-mail at salty@salty-dog.co.uk.