After initially entering the world of earnest acoustics sheepishly, Buffalo punk stalwarts Goo Goo Dolls embraced their sentimentalities with the globe-gobbling Dizzy Up the Girl. They may not have wanted the world to see them, but the latter was only too happy to listen. Sam Lambeth reinvestigates.

Aside from possessing a Scrabble-winning surname, Johnny Rzeznik didn’t feel he had much to contribute musically. After years of ploughing a punk-infused furrow with little success, the Goo Goo Dolls’ chief songwriter was struggling to find his own niche. Feeling lost, he absent-mindedly twiddled the tuning pegs of his acoustic guitar. The rest became history.

The band then made a name for themselves with, well, Name, a big-hearted ballad that belied their brand of Boston-style bullishness. A significant shed of their core fanbase followed, but Name finally gave the Goo Goo Dolls the recognition that had eluded them. When it came to sourcing a further smash, Rzeznik turned – or tuned – to his trusty acoustic once more. The resulting songs made up Dizzy Up the Girl, a global smash that saw the Goo Goo Dolls firmly cross the border from scrappy underdogs to post-grunge juggernauts.

Twenty years on, Dizzy Up the Girl’s big-hearted sentiments, widescreen longing and arms-aloft ascensions feel more than just the soundtrack to a million sad Scrubs scenes. Similar to his heroes Paul Westerberg and Bob Mould, Rzeznik proved he was just as handy playing haunting acoustic melodies as he was with more choppy fuzz. A prime example is the aching, string-drenched Black Balloon, a suitably soaring slice of lingering melancholia allegedly written about the deceased ex-wife of bassist Robby Takac. Buoyed by Rzeznik’s rasp and a sweeping finale, Black Balloon combines murky introspection with radio-friendly gloss. 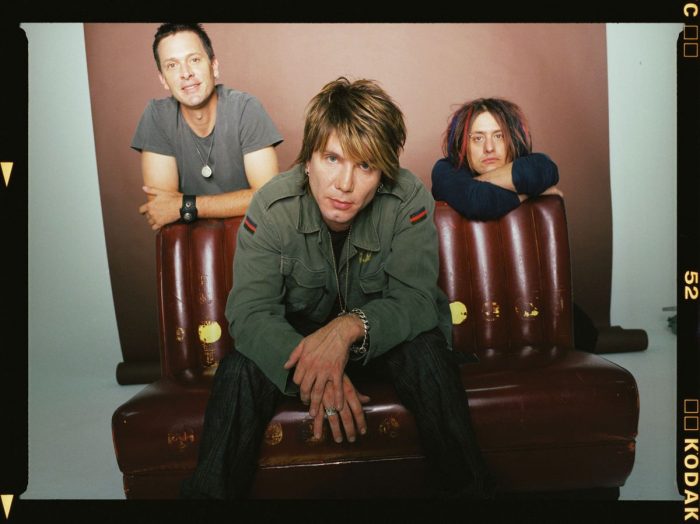 If in the past Takac and Rzeznik were coy about their newfound acoustic adoration (Name, after all, was buried deep down in the tracklisting of 1995’s A Boy Named Goo), here they revelled in it. Slide, another radio rock staple, is introduced with an inimitable arpeggio and glides along gracefully. Another standout comes in the surprising form of Acoustic #3. At just under two minutes, its length and title make it deceptively throwaway, but its heart-warming tale of a girl’s lost dreams are more devastating with such subtle brevity.

In truth, the Goo Goo Dolls’ transition had been more granular than fans would admit – 1993’s Superstar Car Wash was the beginning of a smoother ride, while A Boy Named Goo possessed a sharper focus. However, bassist Takac stuck loyal to their tried and tested formula. On Dizzy Up the Girl, he contributes a series of solid, if inessential, slabs of breakneck fuzz. The standout, January Friend, rollicks along on shards of melody and a sun-tinged outro. It’s Rzeznik’s growth that gives the record its emotional heft, however, and even when he turns the distortion up – such as the throbbing floor-filler Dizzy and the ode to his hometown drunks, Broadway – there’s a newfound melodic muscularity.

Of course, Dizzy Up the Girl’s everlasting currency is down to the behemoth that is Iris. It eclipsed Name by some distance, taking the torch ballad motif and bathing it in an irresistible chorus and rich orchestration. Originally featured on the soundtrack to City of Angels, it’s a goosebump-inducing moment that may have lost some appeal due to constant airplay, but still packs a heavy punch.

Dizzy Up the Girl gave Goo Goo Dolls global recognition, but it wasn’t quite the end of their commercial heyday. If in the UK the band’s top 40 fame stalled with the release of Iris, around the world they’ve continued to produce a commendable set of hits, from the anthemic Here Is Gone and disco-tinged Big Machine to the wistful Rebel Beat and Stay With You. This year, the band will tour Dizzy Up the Girl in its entirety, announcing the release with a slightly bizarre but tongue-in-cheek film trailer. While Name gave them their big break, Iris has given them their staying power.