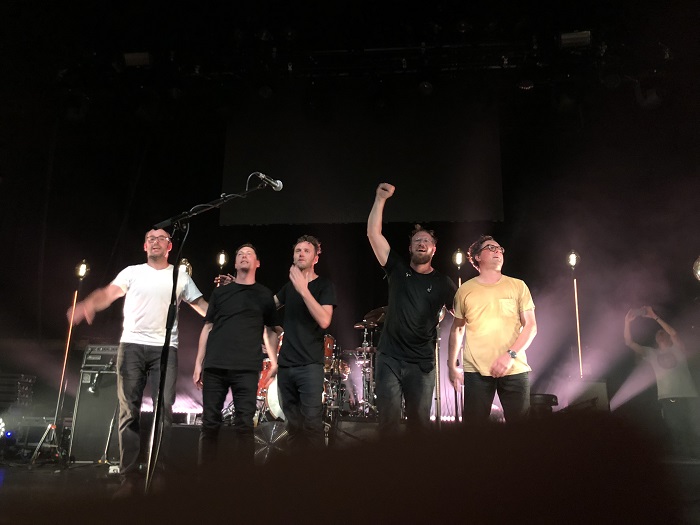 When Bring It On was released in April 1998, it was a breath of fresh air. After the implosion of Brit-Pop, there was a void. Gomez seized their opportunity and filled that gap with their bluesy roots rock which won critical acclaim and saw them bag the Mercury Music Prize that year. Not only did they win, they beat classics from Massive Attack, Pulp and The Verve.

At the end of a lengthy jaunt in celebration of Bring It On, Gomez returned to Manchester to showcase the album just one more time. The Ritz was full, hot and sweaty as the band took the stage like returning heroes and began with Get Miles. The applause at the end of the opening song was deafening; sometimes you get that special feeling in an audience that the concert you’re at is going to be monumental. This night already had all the hallmarks of that.

When you carry on with Whippin’ Piccadilly second, this only adds to that feeling. A song born and raised in Manchester, Whippin’ Piccadilly has the same buzz it had 20 years ago in these parts with a fervour akin to Rock N Roll Star or Bittersweet Symphony.

With sweat already pouring through his beard, Ben Ottewell’s phenomenal vocal howl is still vastly unique and is still a privilege to hear on Make No Sound, the aforementioned Get Miles and the quite sublime Tijuana Lady. Not for the first time in the evening, the crowd greeted songs with huge applause; Tijuana Lady gathered one of the biggest of the night.

The mix of tender sounds on Bring It On, meshed with the heavier side of things is something that makes the record timelessly listenable. Free To Run and Bubblegum Years provided moments of calm whereas the band really stretched out on Here Comes The Breeze where Ben Ottewell made shapes like a closeted rock god! A riotous rendition of Get Myself Arrested had the crowd almost drowning the band out in some sections such was their enthusiasm. 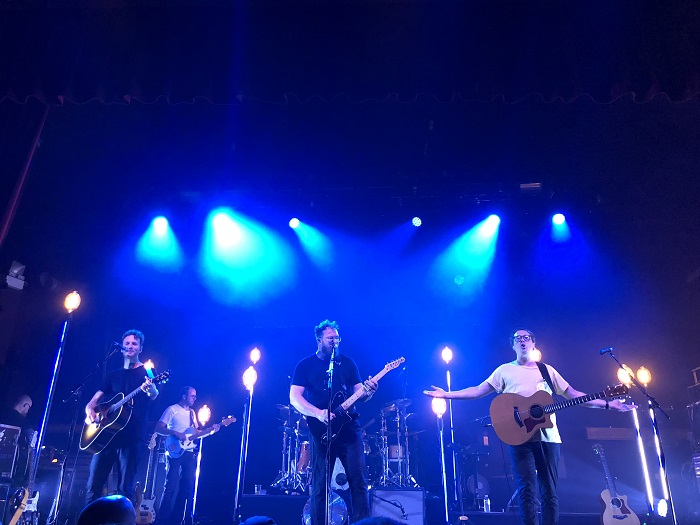 Throughout the bands trip through their finest albums, they stuck to the formula of the songs save for a couple of sojourns. As they moved on from the album, a few select cuts from their back catalogue in the form of Shot Shot, Silence and Notice stemmed the zeal maybe due to unfamiliarity.

A main set closing duo of the psychedelic Blue Moon Rising and Bring It On (the song) had the crowd volume on the up again. The former was prefaced with an anecdote about how the song was written as a response to only tragedy bringing people together (in the wake of Princess Diana’s death on this occasion). This is still true; tragedy unites but so does love. If ever you needed proof of this, you just had to see and hear this crowd in Manchester watching on.

Rhythm & Blues Alibi started the encore before the bands ‘Turbo’ rendition of Whippin’ Piccadilly had the Ritz dancefloor bouncing, quite literally on its sprung floor when at the request of the band, the crowd reacted to the song like a bunch of 20 year olds would. Pint pots went flying, bodies got thrown, and there was sweat thrown around vociferously from the emphatic audience.

Bring It On is a landmark album and it will always be a pleasure to listen to and hear it. As for Manchester, the band exclaimed that it was the only city that they wanted to come back to on this tour. The rainy city didn’t disappoint as the reception was deafening throughout. It was a joy to see Gomez still enjoying every aspect of what they do, and showing what an important album they have contributed to the fabric of music.

Words and live photos by Dominic Walsh. You can read more from Dominic at his author’s archive here. Dominic tweets as @dtwalsh83, and blogs about dealing with mental health here.