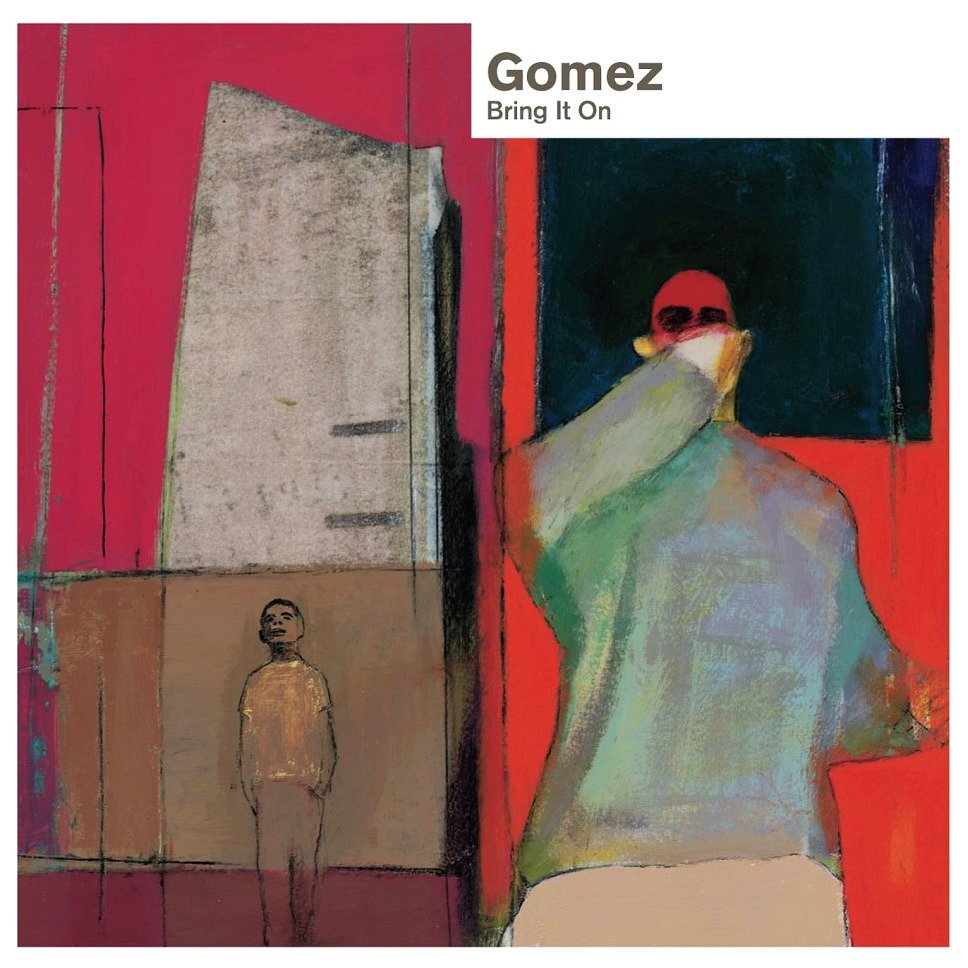 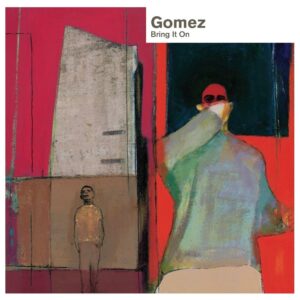 This definitive re-mastered 4 CD box set of Gomez’s classic Mercury Music Prize winning debut album, Bring It On is a completist’s dream. It brings together the classic first album along with various demos, sessions and live tracks.

Bring It On is Gomez’s half a million selling debut album (UK) and was recently voted the all-time best Mercury Music Prize winner by 6music listeners.

Disc one of this re-release is the original album (remastered by Frank Arkwright). Listening back to it now it is easy to see why this album is much loved. The music is eclectic in its origins taking bluesy rock influenced jazz/psychedelia adding modern technology with synthesizer squelches, samples, noises and effects. Add to that, the youthful indie guitar band exuberance of the musicians and you had a pretty engaging & gratifying listen when it was first released. These tracks still sound fresh when you listen to them today. With four song-writers and three vocalists, it is hardly surprising the album is so diverse and appealing.

Ben Ottewell’s voice was a wonder when I first heard Gomez and it belies his years. His gruff soulful blues rasp sounds as if he’s been on 60 a day since he was a toddler and brings a mature depth to the sound. Ian Bell and Tom Gray add a softer edge with their vocals but when these voices come together we are treated to some special harmonies.

It is hard to believe this was a debut album. The musicianship on the songs here along with the distinctive vocals are those of seasoned pros who have paid their dues time and again. Then you listen to the lyrics, the tales of youthful student exuberance and shenanigans displayed on the likes of singles Whippin’ Piccadilly & Get Myself Arrested, and you remember the youth of the band when these songs were first released.

Over the remaining 3 CDs, you get a previously unreleased recording of the band’s set from Glastonbury in 1998, alongside B-sides (also remastered by Arkwright) and BBC sessions, 36 previously unreleased tracks including 25 demos (recorded between January 1996 and August 1997). 13 of these are appearing on an official Gomez release for the first time.

As you would expect with such a volume, there are several versions of some of the songs here – 5 versions each of the singles. Can you get too much of a good thing? Well, it would appear from this compilation the answer is no as each versions gives the listener something different. There are some little gems hiding throughout, great versions of Rie’s Wagon and Tijuana Lady. Some of the demoes are modest acoustic numbers, but no less impressive for that (Emma Freud, Make No Sound). While Sun Rim Dips opens with almost Purple Rain era Prince-like guitar and reveals Bobby Gillespie’s Screamadelica period melodies vocal tendencies.

The Sheffield demoes are also simple acoustic affairs. In fact, to say they are simple would be doing the band a dis-service. Acoustic they may be but the versions of a couple of the album tracks here (Get Miles/Free to Run) are still sublime and it is satisfying to hear the songs with their layers stripped away giving them a different edge and atmosphere.

The Radio Sessions on disc 4 includes stirring versions of Whippin’ Piccadilly and Stag O’Lee before the remainder of the final disc is given over to the bands ’98 Glastonbury appearance, available for the first time here. All told 4 and a half hours of music. An insightful journey through the bands early years giving an indication of their initial progression from demo to final product.

Find Gomez online here, they are also on Facebook