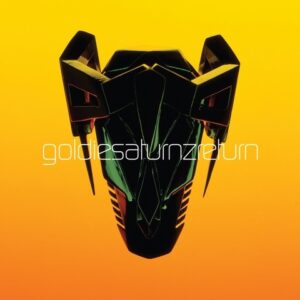 This year marks 21 years since Goldie released the sprawling and epic ‘Saturnz Return’. To celebrate he is to be reissuing the album fully remastered and featuring a slew of remixes.

Following 1995’s seminal debut album ‘Timeless’, Goldie decided to not formal the normal route and create ‘Timeless 2’ which is what the record company and many fans expected / wanted. Instead he took his music into an even more experimental direction with the hour-long  and almost primal scream therapy soaked track ‘Mother’. Goldie would also utilise guest artists on the album with the likes of Noel Gallagher, KRS-ONE and of course David Bowie. Bowie had suggested they collaborate on a drum & bass record but Goldie wanted to make something more akin to Bowie’s masterpiece ‘Low’. The result came the subtle and beautiful time-stretched ballad ‘Truth’.

“The record company thought I was gonna make ’Timeless 2’ but I actually went the other way. I can’t as an artist make what I don’t believe in — I just can’t.”,” Goldie says. “I had to voice all this stuff about my mother, because I couldn’t speak to her. This was at the peak of my career with drum & bass music, and I chose to make an album which no-one was gonna understand. It was like a Greek tragedy: the story of a boy with trauma who just wanted his mother.

I’ve been stopped by people who’ve said, ‘’Mother’ changed my whole perception of life,’” he concludes, now happier and more fulfilled than he’s ever been. “Or, ‘I was on the edge and I was gonna leave the planet and ‘Mother’ really helped me.’ That’s kinda nice sometimes.”

All of the original tracks on the album have been remastered specifically for the ‘21st Anniversary Edition’. The collection also adds a third disc/volume of bonus material. It compiles brand new remixes alongside remastered remixes which receive their first release on CD and digital formats, as well as other rarities.

Goldie collaborated with London Records as they aimed to identify current artists who apply his innovative, cross-genre experimentation to the contemporary scene. They called upon the essential current Metalheadz pair Gremlinz & Jesta; HLZ, previously of the drum ‘n’ bass duo Need For Mirrors; the enigmatic Martyn, who continues to push bass music towards a bold new future; Dengue Dengue Dengue, a Peruvian duo who craft a futuristic hybrid of traditional rhythms and modern electronics; and finally the cutting edge and artistically inclined DjRUM, who paused his current no-remix policy when he learned of Goldie’s interest.

The reissue of ‘Saturnz Return’ is the latest release in what has been a really productive few years for Goldie with 2017’s ‘The Journey Man’  and this years Subjective – ‘Act One: Music For Inanimate Objects’  (Goldie’s collaboration with Ulterior Motive’s James Davidson) all garnering critical praise.

The collection also adds three rarities that were discovered in Goldie’s personal archive, all of which shine fresh light on the influence that classical music had upon him. These consist of the string arrangement for ‘Mother’, plus early instrumental versions of ‘Dragonfly’ and ‘What You Won’t Do For Love’. It’s completed by remixes that were discovered in the London Records archive. Now remastered and making their debut on CD and digital formats, these include rare mixes from Optical, MJ Cole and Grooverider.

‘Saturnz Return: 21st Anniversary Edition’ will be released on double-vinyl and triple CD formats, as well as a three-volume digital release which adds six exclusive tracks..

Tracks 9-16 are newly remastered versions of original remixes from the London Records archive – all previously unreleased on digital or CD formats.

Tracks 7 and 12-16 are all exclusive to the digital format of this release.

Tracks 8-10 are newly remastered versions of original remixes from the London Records archive – all previously unreleased on digital or CD formats.