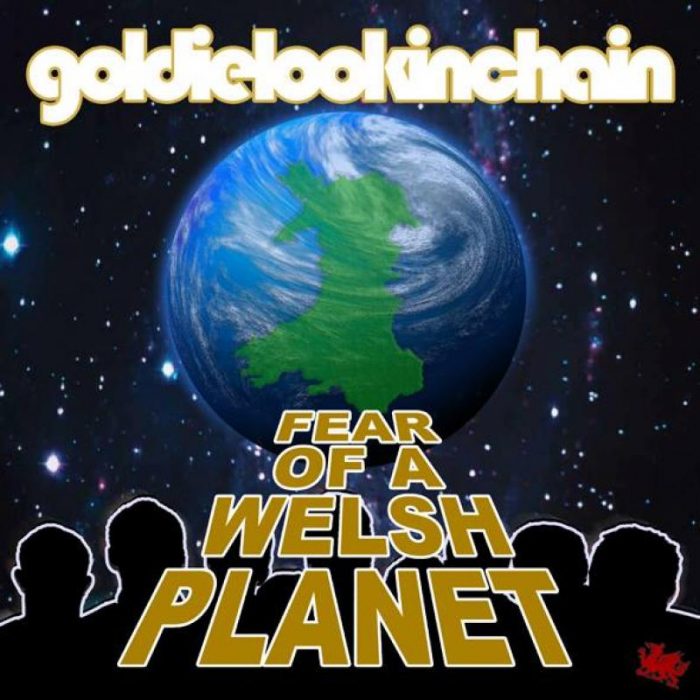 Fear Of A Welsh Planet

It’s fair to assume that reviews of Goldie Lookin’ Chain albums don’t get many casual browsers. The headline page must serve as a distinct filter. Those that regard the hip-hop collective as the Public Enemy of the principality will still be reading this. Those that equate them to the desirability of a public enema will have headed off on another strand of t’Interweb ten seconds ago.

Their divisive qualities are still Pobol y Cwming atcha on their latest studio album, Fear of a Welsh Planet, in that they flip-flop from quip-hop to plip-plop at the scatological drop of a hat. One minute they’re Flight of the Conchords-y, lightly, impolitely absurd and the next, they’re The Macc Lads, with more knobs and knockers than B&Q.

Their whole being is summed up by one of the later tracks, I’m The One, in which the narrator lays claim to various badges of dubious dishonour, including, “I’m the Secret Santa with pound shop gifts.” They are the gift that keeps on giving – even at moments when they ought to refrain.

It was 27 years ago that Public Enemy released Fear of a Black Planet, from which GLC’s 20th album takes its name. That was a seismic black empowerment piece, over an hour of rage, concluding with the 20th track, Fight The Power, which sent people away charged with images of revolution. Fear of a Welsh Planet ends with an anecdote of human defecation, as seen on YouTube. Fear a brown planet.

They pay significant tribute to the multi-media forces that have shaped them over the years. Richard Pryor gets an early nod as a formative influence, whereas on the title track, as well as celebrating “Interplanetary Cymru” and Tom Jones as its overlord, they declare, “Like Windsor Davies in Never The Twain/Coming straight outta Wales, we’re the Goldie Lookin Chain.” Netflix In Bed sounds like early Calvin Harris, whereas I Got A Van sounds like his current-day output (aside from the dogging references). This One Goes Out To All The Ravers is only missing a cameo from Craig David. Maybe Harris, David and MC Windsor D will tour the album with them in the new year.

Law Of The Streets promotes the bus lane regulations from the Highway Code in a way no rapper has ever managed before. Former bandmate Maggot is given emotional Notorious B.I.G.-level mourning (despite not being dead) in Six Feet Tall. Bonk Eye manages to address how wonky vision leads to middle-aged ogling, without causing scandalised tabloid apoplexy.

There are moments where GLC genuinely strike you as being inappropriate-wingman-hilarious, refreshingly treading on toes that people have stuck out too far, trespassing onto territory that people have made unnecessarily contentious. There are definitely moments, too, when they have seen Mr and Mrs Cheaplaugh walking up the path, clutching a bottle of Lambrini and they’ve thrown the door wide open and welcomed them to the party.

Listen to Fear Of A Welsh Planet here: