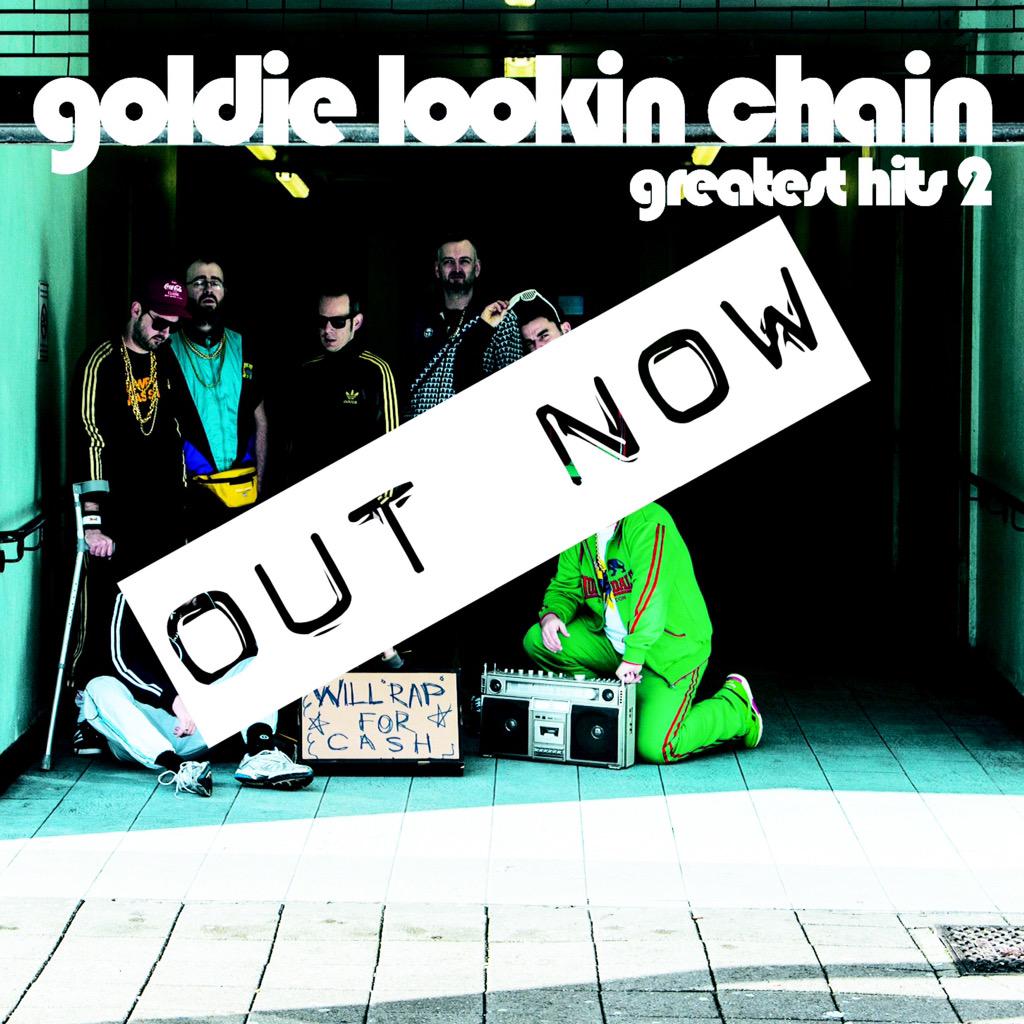 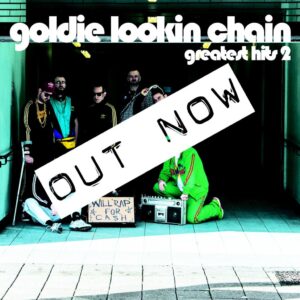 Ian Critchley trips back down memory lane with the help of Goldie Lookin’ Chain  and their Greatest Hits 2 – in his own words “a very tongue in cheek review to fit with the bands style.”

Do you remember those Welsh rappers who did that song with the chorus “guns don’t kill people, rappers do” back in 2004? That massive gaggle of white boys in tracksuits who made waves by calling Victoria Beckham a “nutter”? Whose freaky Fagan looking member, Maggot, starred in Celebrity Big Brother with all the other prisoners chirping “who the fuck is he?” Who did all this before fading somewhat rapidly into obscurity leaving only a handful of die-hard fans still towing the line? Well that was Goldie Lookin’ Chain. And even without the seemingly constant stream of controversy propping up their mainstream popularity the group continued to make their music exactly as they had always done, with tongue firmly in cheek. Greatest Hits 2 is proof of how they never stopped for a single damn second. Goldie Lookin’ Chain didn’t change, you did. Now put down your boring mopey albums from bands like ‘The Script’ and start having fun again, you miserable prick.

The GLC have no off switch when it comes to their mirth value, and this collection is a constant confirmation of that fact. It opens with ‘No Joke’, which tells the story of getting busted with a bag of speed, sampling Nirvana’s ‘Smells Like Teen Spirit’ and closing with the immortal line “I takes the drugs but I don’t have fights. So why did the bastards read me my rights?” (which could be a political statement about archaic drug laws…maybe.) before blasting into Fresh Prince Of Bel-Air parody, ‘Fresh Prince of Cwmbran’, which has now been adopted by the local government as their town’s anthem (…probably).

There’s always a risk when writing topical songs about your local area, however. By using jokes that could potentially be seen as “in jokes” you walk on the thin ice of alienating pretty much everyone who isn’t within that postcode. The Postal Service pushed it with people outside of Washington D.C, Ian Brown with anyone not from Longsight (a small part of Manchester), and jazz icon Sun Ra with anyone not from fucking Mars. But, much like The Postal Service and Ian Brown but unlike Sun Ra, the gamble has paid off. The humour is easily transferable and anyone who has grown up on a scrowty council estate will find a thousand fucking giggles from the lyrics, even if they can’t pronounce Welsh town names (it’s pretty much a made up language anyway).

Rap albums are regularly littered with skits and Greatest Hits 2 is littered with loads of snippets from mainstream radio and TV presenters having no fucking clue what the hell GLC are. The best of which has to be the conversation between Dwayne and potential mega-paed Dr Fox, irritating the fuck out of a man who should be locked up for bumming little boys potentially (libel? Who cares). Authors Note: The radio presenter is not Dr. Fox but Wes Butters. The author cannot state whether Wes Butters sleeps with kids or not, but he definitely sounds like someone who does (allegedly). I liked the joke so I kept it in.

Greatest Hits 2 is available from youknowsit.co.uk where you can keep up to date with all things The Chain. They can also be liked on facebook and bothered on twitter as @theGLC.