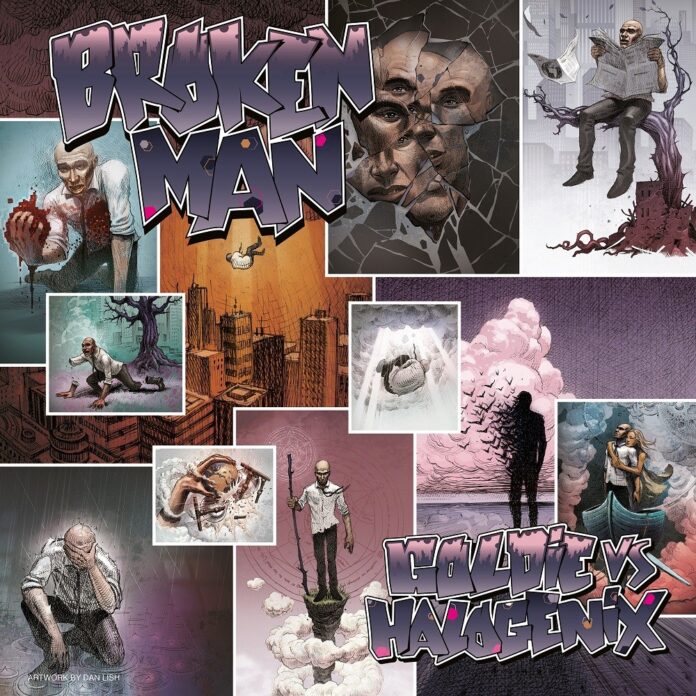 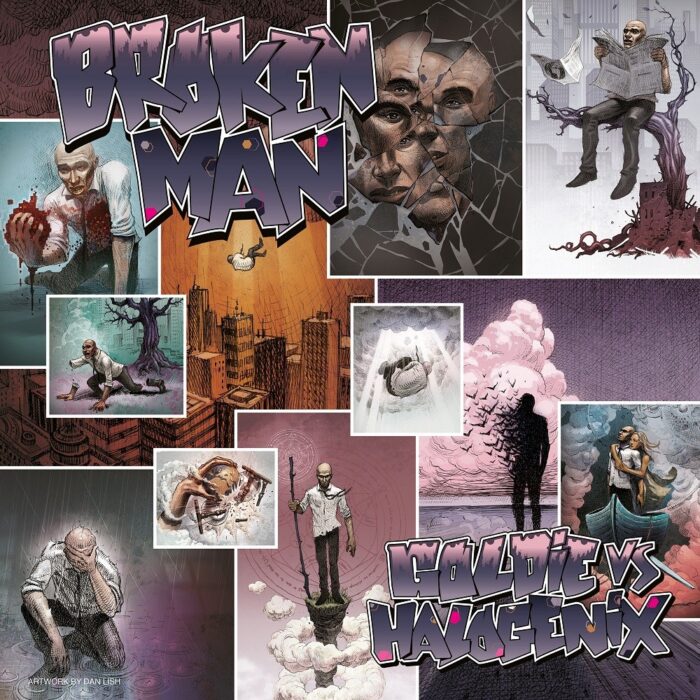 So here it is. The first new piece of music from Goldie in a long while and boy has it been worth the wait. To accuse Goldie of being inactive all this time would be a complete misnomer as not only has he been focusing on his art and playing many DJ gigs all over the world, he has also been working with the Heritage Orchestra on a series of shows celebrating his seminal debut album, Timeless (read our review of the Bristol show here). He has also been undergoing a personal and spiritual transformation becoming a vocal advocate of Bikram Yoga which has seen the once manic individual become a focused and driven man.

How has this affected his music? Well Broken Man still contains enough of the beauty that was within his earliest works but this time there is a sense of someone looking back at their former self and letting them go. The whole track plays out like a contemplative sunset where, if you’re alone, can be one of the finest places to be on Earth wherever you may be geographically. There is still some cold-tech sounds that fans of Goldie’s previous work will be familiar with, but this time a warm bed of soul  that anchors the whole piece. Flutterings of guitar filter in and out, spinning through your mind and the bass is often muted, acting more like a pulse than a bang, human more than machine. Time still gets stretched and little sonics appear sporadically making the instrumental one that will only truly reveal all of its elements after many a listen.

Then we get to the vocal…

Kwabs voice is perfect for Broken Man as he has that innate soulful quality that is yearning yet positive. It’s a voice that is infused with the joy of Gospel but tinged with the sadness of Blues. Masterfully restrained throughout, Kwabs takes Broken Man to another level and the melody will remain in your consciousness long after the final guitar notes escape up to the heavens.

Broken Man comes with a remix by Halogenix and this is where the song becomes a far darker beast. Vocals are distorted and sent through the system whilst the track morphs from its warmth-filled origins into a sci-fi tech menace, transporting us to a crumbling and decaying future full of destroyed buildings and cold-hard living. Halogenix’s remix is one for the head-down and rock crowd and is destined to be making clubs shake and bob for many years to come. A harsh/stark remix that is as brutal as it is wondrous.

Broken Man is a fine statement from Goldie. He could have easily come back with a track that was all aggression and played to the crowd but instead he has given us a song in the classic sense of the word. Never once does Broken Man sound like anything else you’ve heard. It is current, it is beautiful….it is Goldie!