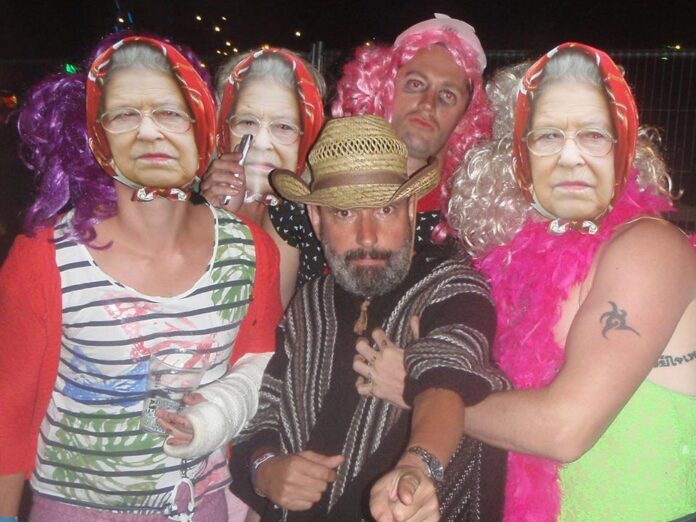 One of this site’s top reporters (whose writing you’ll have been enjoying for several years now – Keith Goldhanger) is branching out into visuals via a handful of idiosyncratic and thoroughly enjoyable short videos focussing on a clutch of his favorite bands. Series one will be launched on Louder That War between now and Christmas, and by way of an amuse bouche for the series you can check out the trailer for the series above. Meanwhile, below, the man himself has written a few words for a new string to the Louder Than War bow which we’re sure will be mucho popular. Over to you, Keith…

This is what I’ve been up to during the summer on 2015, in between sitting in fields, going to the pub, going to the football and worrying about the Dragons Den contestants no one ever sees any more…

In depth conversations,
Long songs
and explanations on their deep meanings…

…won’t be looked into.

We’ll see a man from Sweden who cannot do a head stand.

A man in a white dress getting patronised by an Irishman in central London.

A band from Iceland who try to remember a BBC Radio DJ that may have once played their single who’s name may have the word “Steve” in it.

We’ll learn how some people ended up one night in a pub beer garden completely in the dark.

There’s some Austrians in nice shirts that jump around a lot.

How good a band from Southend are at keeping a secret.

And how a band split between Southampton and Camden town contact each other late at night when they can’t get to sleep.

I wanted these films to have an identity of their own – and not to be adverts (mission accomplished – Ed).

Their aim is to introduce to you some things you may not have heard of.

This first series contains seven bands out of what I would imagine are about forty + bands that I think are great – right now.

I haven’t counted all the bands I like whose paths have been crossed this year and a couple of these I picked up on the way so to speak.

There’s probably double this I’ve not discovered yet.

You’ll all know those ones.

Five of the seven bands in the first series of GOLDHANGER SHORTS I kind of knew anyway and two were chosen as I was watching them for the first time and happened to have my camera.

I chose to do seven and once the seventh band was established I promised myself not to film anymore yet.

I’m considering a few contenders for a second series and hopefully I’ll be quicker with them.

As a teenager I once bought a bass guitar, formed a band, did a gig and made a 7″ single.

It took about three years at a guess.

Three years from holding a guitar and learning how to plug it into an amp right up until John Peel played it on the radio.

I don’t for one minute believe that 99% of bands I see today have only been doing this for less than 3 years.

That’s why they’re great and why my bands were all shit.

So I woke up this year and decided to make some films … thumbnail documentaries is how I want to think of them.

I initially thought about filming loads of bands at Glastonbury in June. I stood at Worthy farm last year and realised I knew a few of the bands playing that year.

Previously, that sort of thing was usually reserved for whoever Nick from Transglobal Underground happened to be pulling the strings in.

Once I bought the camera and it sat on the carpet I probably said out loud,
“That ain’t coming to fuckin’ Glasto, no fuckin’ way”.

(Maybe without the swearing.)

I really hope you watch these and go ergh?…and think about what the fuck has passed by your eyes.

I really hope you’re so confused you go back and watch these more than once to try to work out what I’ve been doing.

That’s kind of what I do when I find a band I really like and wonder what it is that makes the individual people in them end up sounding like they do.

I really hope people watch these over and over again and eventually hear the bands in full at a gig or through a simple search on the internet.

I hope gig promoters will look at these and get in touch with these people now they have an idea of what the bands are like live and to chat to.

I’ll do at least another series of these next year – it’s been fun.

In the second series of films next year (2016) I’m considering have one band I don’t actually like, two or three bands I like as much as the first seven, some aerial acrobats and maybe an author.

No one’s been contacted yet – they won’t be until this first series is uploaded.

If anyone can arrange a meeting with USA band H09909 then I’d like to do one involving them – their gig in Hackneys’ Moth Club this summer was thrilling stuff.

Series One of Goldhanger Shorts will be available
on The Louder Than War web site between now and the end of the year.

Thank you for watching. 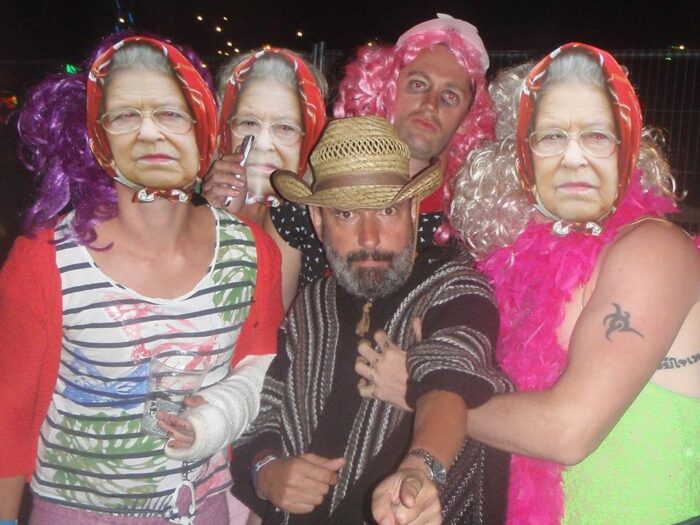