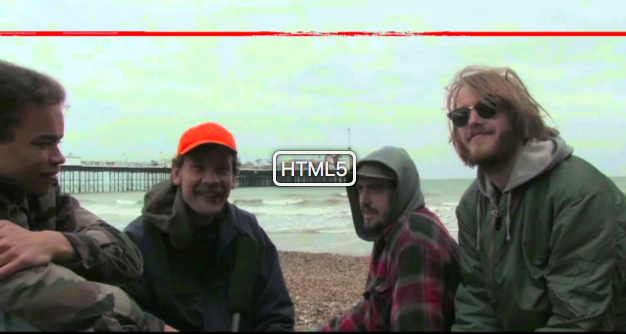 Keith Goldhanger, in association with Louder Than War, presents Episode One, Series One of “Goldhanger Shorts”(more info here).

Jump straight in with the video below which can be found a few words from the man himself about both the focussed band, JaJa OK, and the film.

This band have been the most prominent band during 2015 for me.

They were always going to be the first band I wanted to film when the idea to do these short videos was hatched.

Four lovely chaps from Sweden and one Englishman came into my life a few years ago when they weren’t even called JAJA OK and they were already throwing out superb music right from the first day I ever caught sight of them.

Which was in Tooting during the summer of 2012.

They changed their name to JAJA OK about a month after I began editing this piece together. It’s one of those things that seems just typical of these individuals.

JAJA OK have now released a single with FIERCE PANDA. It was released in between the start of this project and the end. It’s available here and I believe they have one of the best collections of tunes any band at the current time happen to have in their possession.

Their gigs are always very different, which I appreciate is what everyone says about bands they love.

When I first met these chaps they were all living upstairs at The Silver Bullet bar just outside Finsbury Park station in North London. They were hosting their own gig and during the evening as bands played downstairs, the living quarters upstairs was a location where equally hectic and chaotic events were taking place. Everyone there seemed to be in a band. Some of these bands I’ve seen a few times since that evening and many of them more than once. They don’t reside there any more but occasionally they promote the odd gig there and elsewhere in the capital.

It’s notable that here’s a band that doesn’t just sit around waiting for other people to
get them gigs etc. They all seem to do other stuff, such as appear in other bands just when you least expect them to. As I wandered past the “Invaders Of The Future” stage at Bestival this year on the Isle of Wight they were all performing on stage with L.A. SALAMI. Confusingly, all playing different instruments from the ones I’m used to see them playing.

For some reason it’s the kind of thing you learn to not raise an eyelid to now as far as this band are concerned.

During our chat on the beach in Brighton they mentioned quite a few bands they were smitten with and since then I’ve realised that these bands really have been worth seeking out.

We were in Brighton because during the annual Great Escape festival 2015 my good friend Deb Highfield, who probably hasn’t been credited enough for all this, hosted (for the second successive year) a wonderful event as part of “The Alternative Escape…” an “…unrivaled platform that offers promoters, management companies, agents and blogs the chance to curate some very special shows… ”

Therefore thanks throughout this first series of “Goldhanger Shorts” (I’m working on a second series already) go to “EARWORM EVENTS” and NORTHBROOK COLLEGE who provided sound and lights for the three days.

Three days that hosted 27 bands and that can be read about here.

Come and see them live sometime. 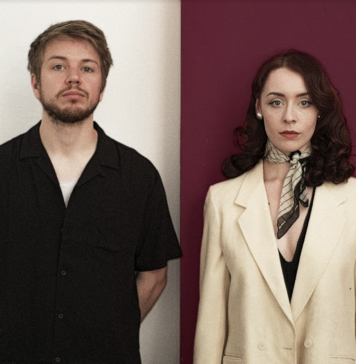