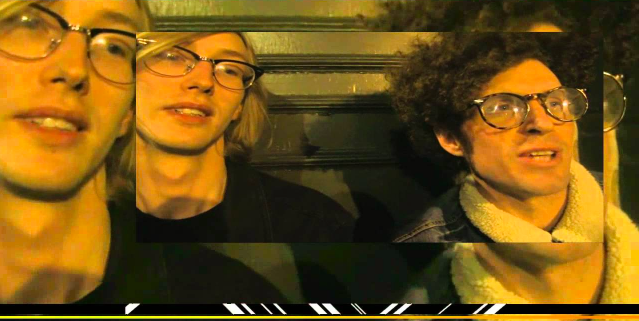 My organisational skills can be so bad that sometimes I don’t actually know what I’m watching or about to watch when I go out at night.

I asked people around me twice for the name of this band when I first stood in a room that Asylums were performing in (Tooting, October 2014). Luke Branch, running around the room, guitar around neck and lying over the bar when it’s still before 9PM on a Friday, was a magnificent sight to behold.

The band have a few brilliant tunes as well.

I went back for a second helping a few days later in a very sparse (under half a dozen people) West end bar about Eight PM on a wet Tuesday night.
That’s how good I thought they were the first time.

I think a lot of people will like Asylums. They’ve now got some big support slots under their belts since the start of the filming of this video and they have enough tunes for everyone to hunt out and once they hear them they’ll realise they’ve heard them on the radio recently. Such are their consistently catchy releases so far this year that those people who present such radio shows have fallen for in the same way that I have.

When researching the date of the first gig I found an old tweet I sent after that first gig asking someone how to find the band on social media.

Another band with an unfriendly Google name.

I only thought about filming The band at Glastonbury at the end of their set such was the fun of watching them dodge around the TV camera’s joining them on that big stage that Saturday afternoon, just after The Young Fathers over on the Other Stage and just before Burt Baccarat over on the Pyramid Stage.

They’re from Southend, they put on their own gigs, they manage other local bands and they’ll be playing in front of rather large audiences soon I think.

Find Asylums on Facebook, as is their record label, Cool Things. They’re also on twitter as @Asylumsband.