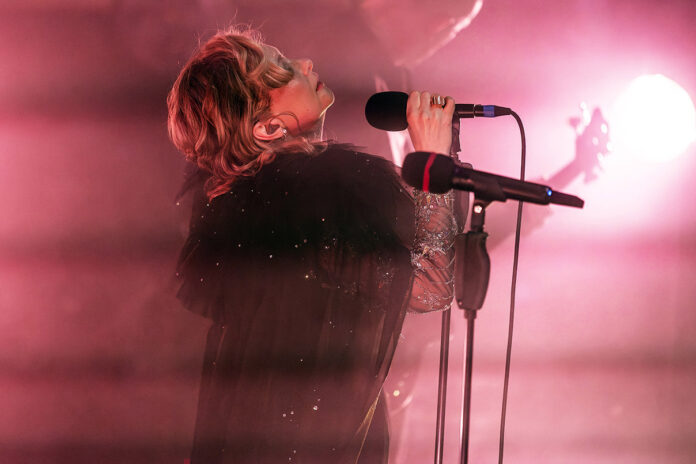 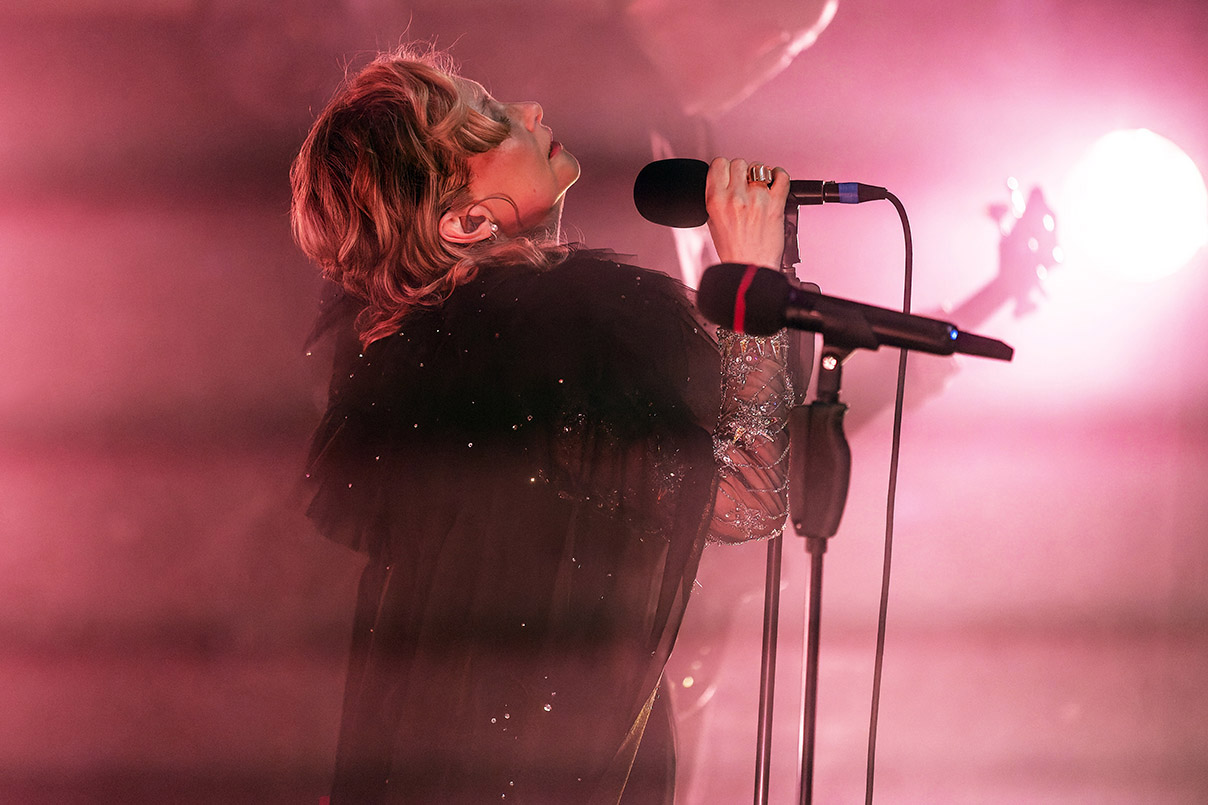 This much delayed show is now as close to Black Cherry’s 20th anniversary as it is to Felt Mountain’s, but good things are worth waiting for and the converted Wesleyan chapel of the Albert Hall feels like just the right setting for the atmospheric, otherworldly vibe of their first album.

Since then, they’ve continued to blaze a trail alternating between the atmospheric and the floor-filling, and with it two modes of live Goldfrapp – the kind that brought partially clad dancers with mirrored horses heads to the Apollo in 2006, and the more laid back kind that actually re-opened this long forgotten venue in the summer of 2013 when they debuted the languid Tales Of Us.

Tonight we’re mostly in the latter camp. Joined tonight by a four-piece string section, keyboard, drums, guitar and bass, the pin-sharp sound mix allows us to revel in the way Alison’s voice swoops and soars through the room in early set highlight Pilots. 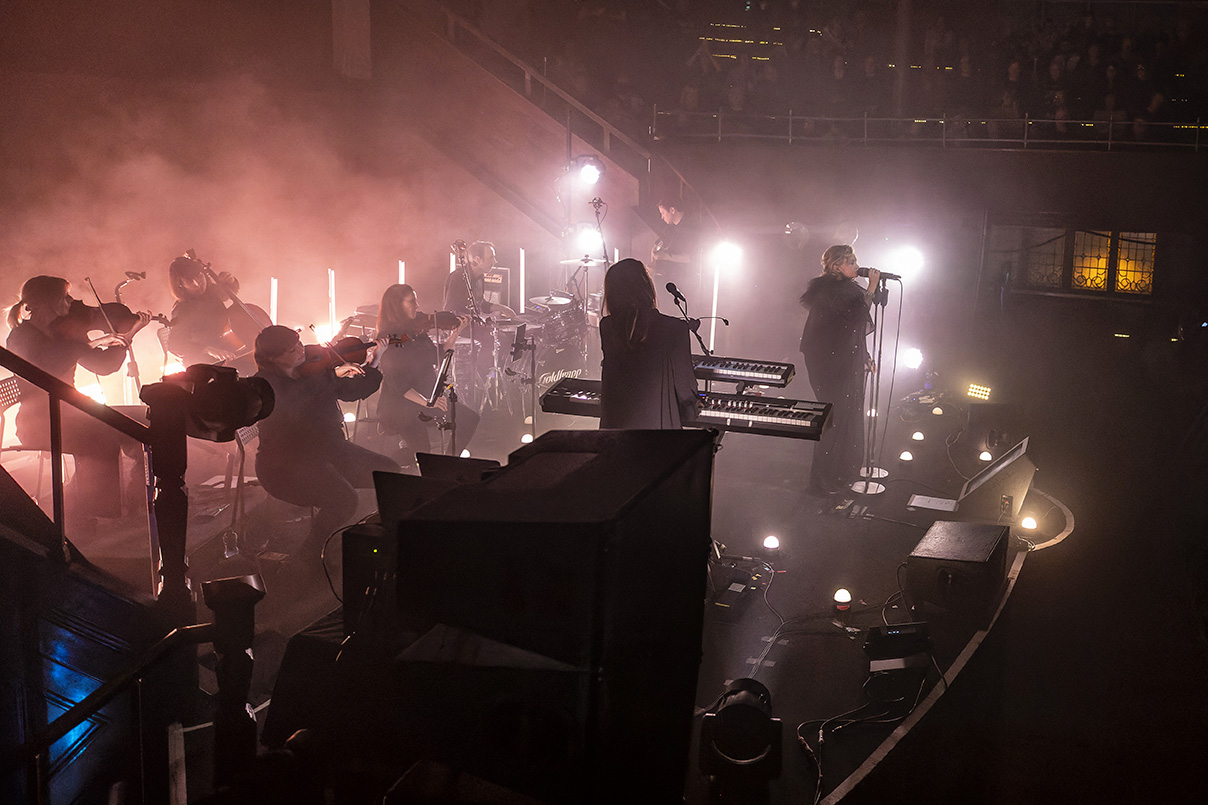 Full album shows are always a challenge – do you perform the album in full, start to finish, or intersperse it among other things? Tonight’s show uses the second option, cheating a little by relegating Oompa Radar to tape at the end and forgoing Horse Tears, but otherwise, Felt Mountain is all here, mostly alongside selections from the mellower side of their output, with a haunting version of Black Cherry a particular highlight.

The album’s vibey nature is matched by the lighting – all purples and blues rendering a black-clad Alison near invisible for much of the evening behind her twin microphones. They end tonight at the album’s beginning with Lovely Head’s persistent refrain guaranteed to be stuck in everyone’s head for days. 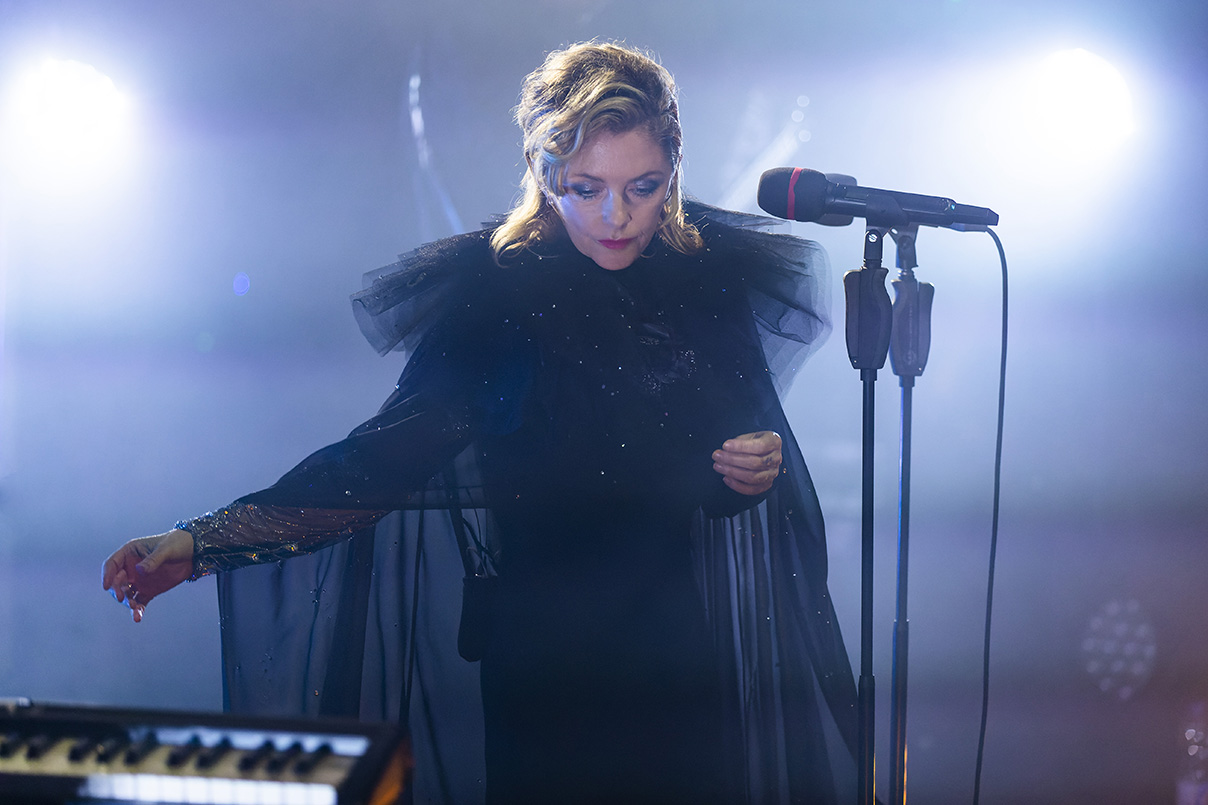 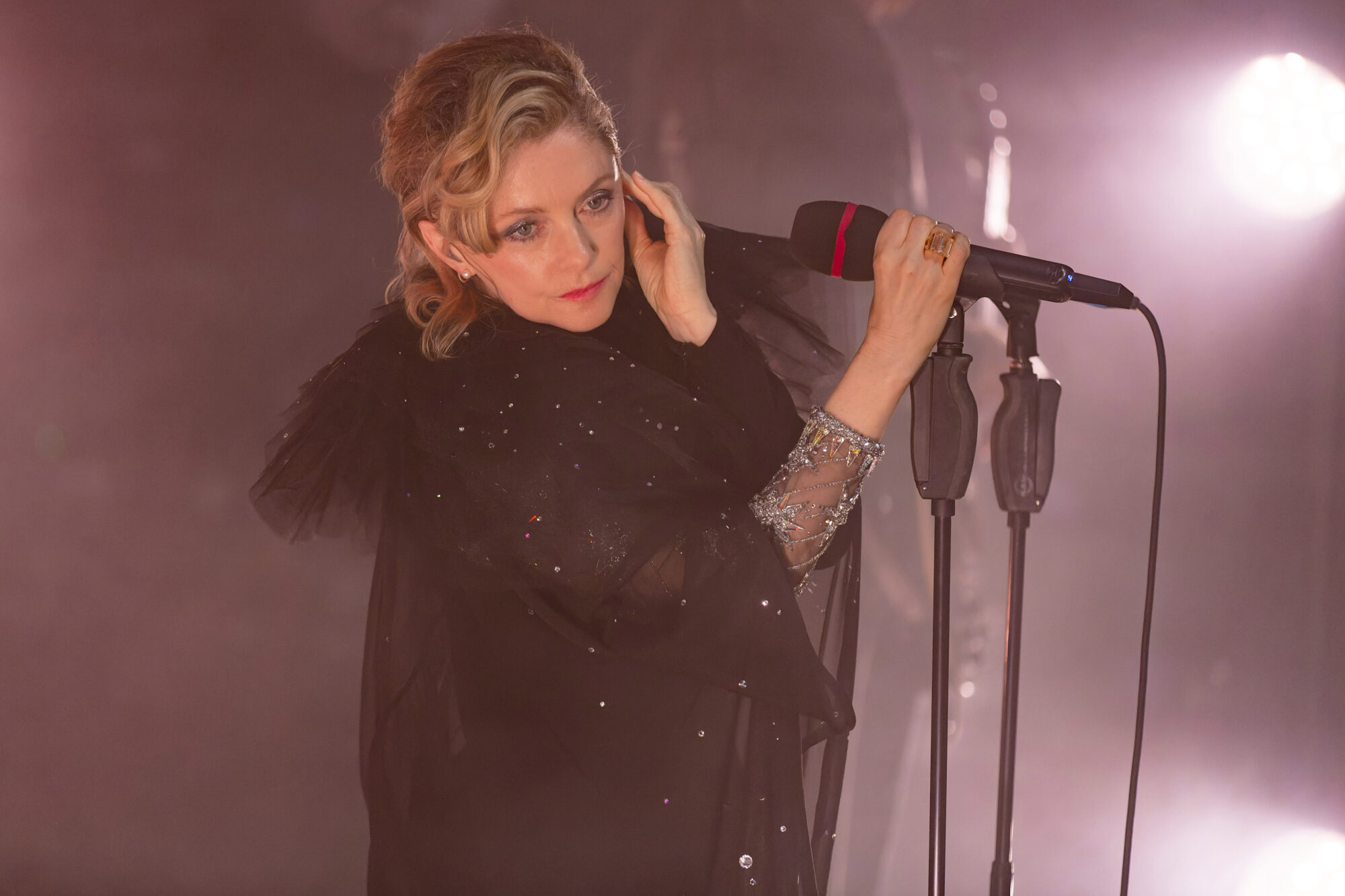 The encore brings a glimpse of the other Goldfrapp, as they unleash Anymore, followed by an extended Ride a White Horse and finally the glam stomp of Strict Machine bringing a volley of bass and strobe lighting to an approving Friday night crowd. For these, Alison finally comes out from behind the microphone stand and owns the stage, while dancers on the balcony are silhouetted against the stained glass windows. They leave to a rapturous reception. Same time next year for Black Cherry’s anniversary?

All words and photos by Mike Gray – this is Mikes’s first post for Louder Than War.