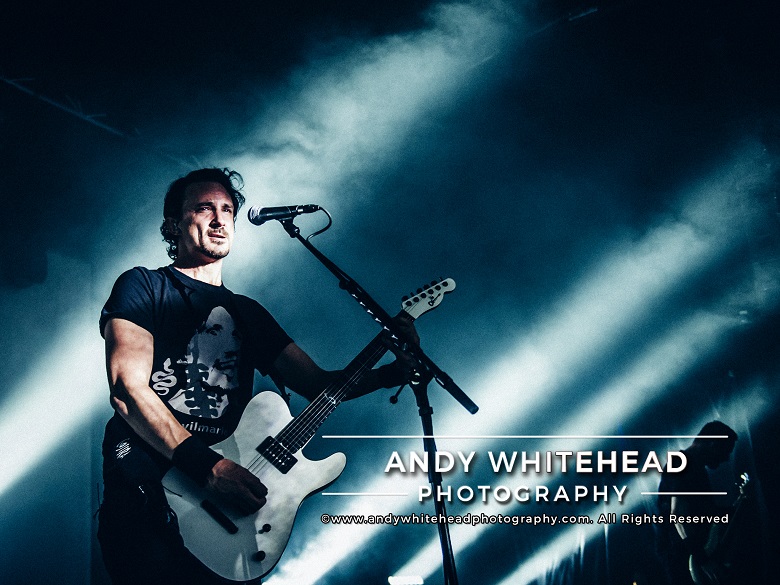 With their latest album, Gojira turned some heads that were no surprise to anyone amongst the metal community. 2013’s L’Envant Sauvage was a record that showed just how good Gojira were – it was critically acclaimed and saw the band rising up slots at festivals worldwide. The follow up, Magma, was recently nominated in two categories at the Grammys; another sure fire sign of the bands growth and garnered respect.

Before the band took to the stage in Manchester, there was an American feel to proceedings. With bands hailing from NYC and Pittsburgh respectively, Car Bomb had a short slot before the quite sublime Code Orange finished off warm up proceedings.

Through their hardcore, punky style, Code Orange treated and enthused the large crowd to a set heavy from their superb latest album, Forever. The crowd obliged with circle pits and were met with a sincere humility from the stage. It would be great to see Code Orange tearing it up in a smaller venue – it would be electric. The sharing of vocals and the tight, cohesive cacophony of sound that is created is something to behold. 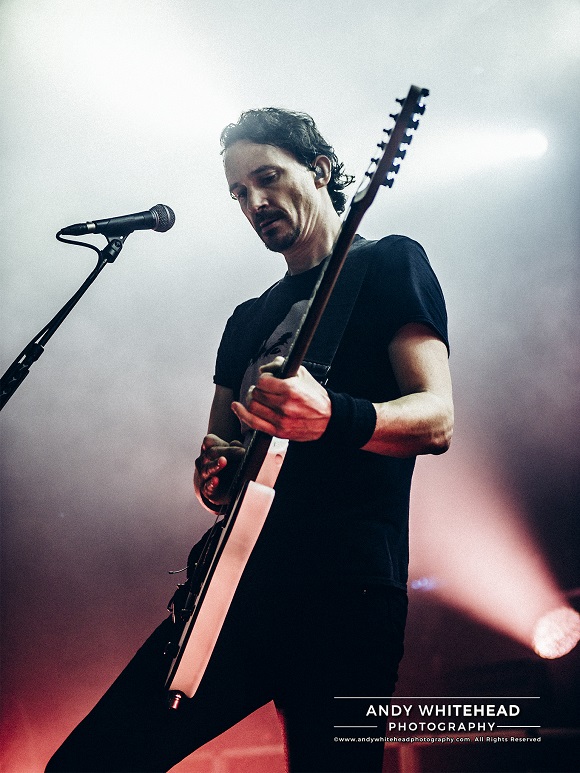 If Code Orange were excellent, then I’m not too sure what superlative to use for Gojira. Having plied their trade for twenty years, they have grown exponentially as a band. Their popularity is as high as it has ever been; this is echoed by the fervent nature of the Gojira chants from the crowd as drummer Mario Duplantier took to his stool behind his huge drum kit.

From the off, the lighting and visuals were relentless and of a seizure inducing level. The band took to the stage to Only Pain from their latest album. A large clutch of the set was taken from Magma; in particular The Cell was a highlight. The bombastic, technical riffs and visuals throughout were furious and the blend of clean and growled vocals added to the depth that Gojira possess.

With fans lapping up the latter day material, the older material from the band was received rapturously. The Heaviest Matter of the Universe was a savage second track after the opener, and Flying Whales shows the amount of power the band brings perfectly. The serene introduction was blown out of the water by the gradual pummelling guitars and perfect tempo for banging your head.

The crowd were completely in the palm of the bands hand from start to finish. Frontman, and brother in arms with the bands drummer; Joe Duplantier was gracious in accepting the extreme adulation of the crowd as well as leading crowd chants and singalongs with their songs. His acknowledgement of their journey from playing covers of Morbid Angel and Sepultura to where they are now is a sure fire signal of their rise, prominence, significance and standing as one of modern metals truly great bands.

Photography by Andy Whitehead from Gojira’s show in Manchester. More from Andy can be found online, on Twitter and on Facebook.