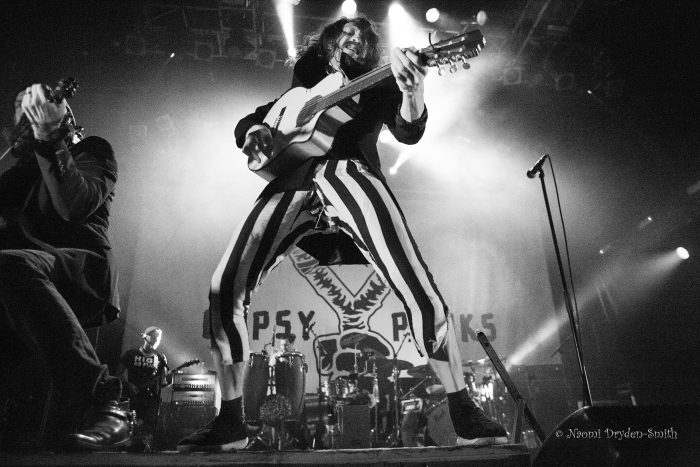 On the second of two sold-out nights at the gorgeous Koko (which will always really be Camden Palace) the anticipation in the audience before New York “gypsy punk” band Gogol Bordello walk on stage is palpable. Perhaps it’s due to an impressively lively support set by Skinny Lister (complete with double bass crowd surfing), or just because they know what’s to come. The lights drop prematurely and there are excited cheers, despite neither band nor instruments having yet arrived. 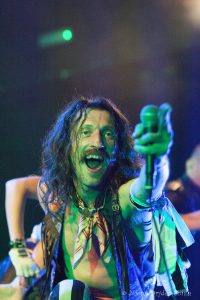 Finally, the band burst onto the stage in a blur of colour and energy, and what follows is a two-hour frenzy of Gogol Bordello’s unlikely blend of accordion/fiddle based East European-influenced gypsy music with punk, with a smattering of dub and a drizzle of Latin America for good measure. The frenzied chaos is exhausting but so much fun. The entire standing area becomes a whirling mosh pit, with barely a second to breathe between songs, the flailing arms and occasional bloody nose are unstoppable.

Brandishing a bottle of wine and looking like an eccentric, slightly scary, piratey circus ring-master, Eugene Hütz and his band of multi-national, gypsy-clad cohorts create a superb connection with the audience, who sing back every word. At times it’s Rocky Horror Show meets the Clash. For a night we’re all on holiday in the sun. And poignantly, with “Immigrant Punk” and “Underdog World Strike” we’re celebrating immigration and being different. 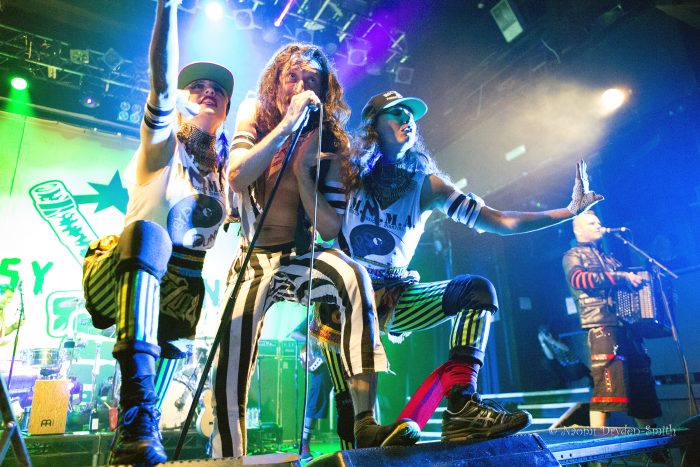 It’s the sort of live energy that translates poorly to listening at home – they are a band to see in the flesh.