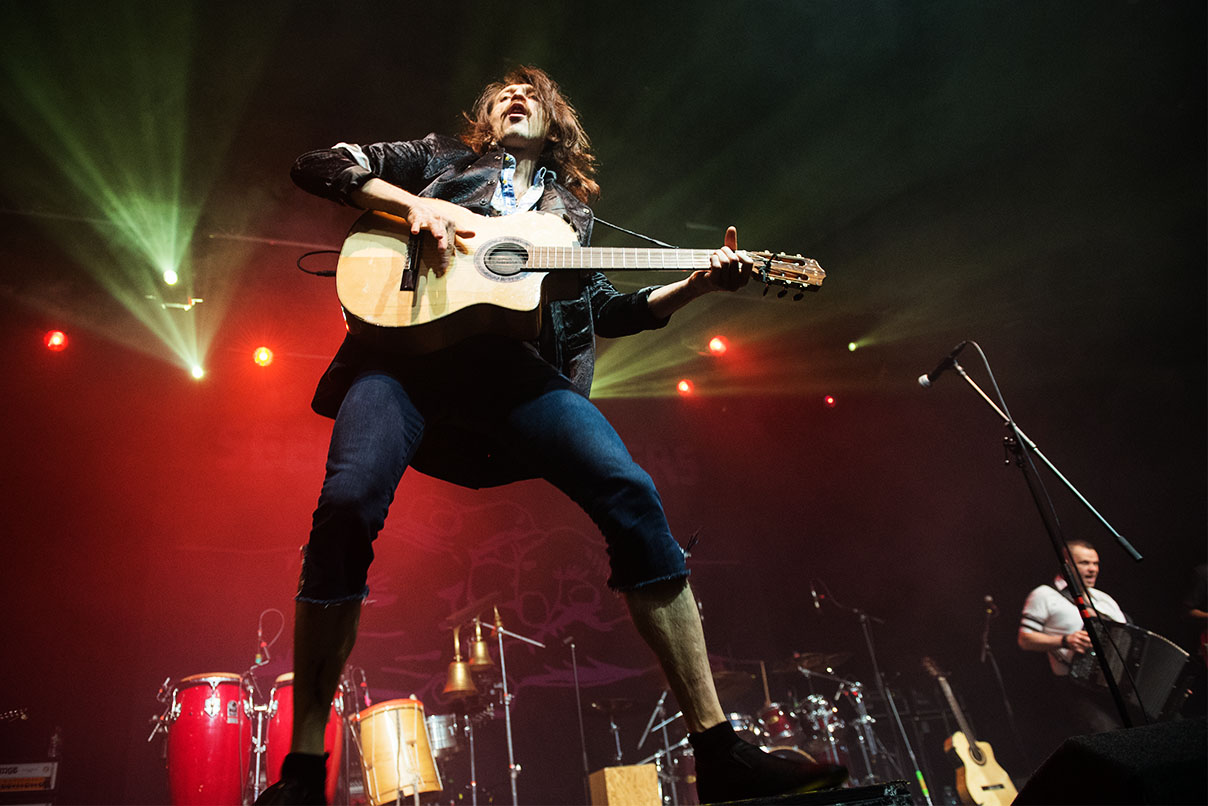 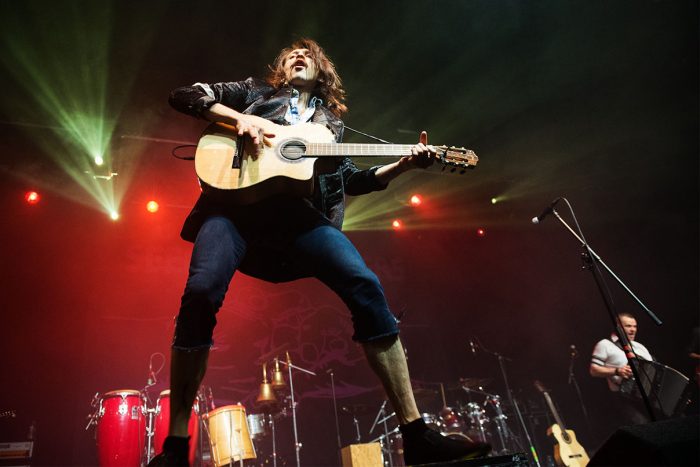 Louder Than War’s Lee Ashworth and photographer Melanie Smith experience the live energy of Gogol Bordello as they bring their take on Ukrainian folk by way of New York punk.

As jabby East European folk music plays over the PA through a succession of rapidly advancing time signatures, the legend of Gogol Bordello materialises before the crowd. In a seven piece line up driven by hoof-mad drum steps and a sonic barrage of violin and accordion, a swanky assortment of caps top off the heads of the crew. Distorted electric guitar crackles over everything, rising to the top of this heady brew, following every sound with a raw and dirty after taste. Every time lead singist Eugene Hütz parts his legs, plants his feet apart and teeters over the crowd at the edge of the stage, another fiddle-led refrain begins and punters flail their arms to whirl in circles of spiralled abandon. 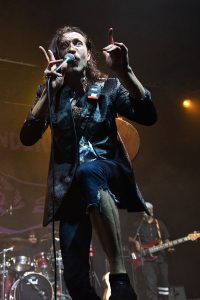 Above the drumsticks, bows and guitar necks, the backdrop reads SEEKERS & FINDERS, the title of Gogol Bordello’s recent seventh studio album. Below the text, two hands interlock in a peculiarly nuanced handshake that stretches across the stage. This is fitting because the atmosphere is one of communion, of a desperate connection made by something flowing full force through the veins of all these raised arms and clutching hands.  It’s also music for seekers who know exactly what they want to find, for as wild and wayfaring as they appear, Gogol are a band with a definite script.  You can feel each chanting chorus and rallying cry approaching from some distance as though you were kneeling over the tracks, listening for the oncoming freight train.

It ain’t no closed club. Gogol hail from the Lower East Side but are infused with Ukrainian Gypsy Celtic dub punk… yet that just doesn’t describe them at all. For all their heredity and the histories of music they reinvigorate with their own wild takes, Gogol exceed the sum of their parts. And the audience, despite this feeling like an expansive clique, defies any identifiable homogeneity. 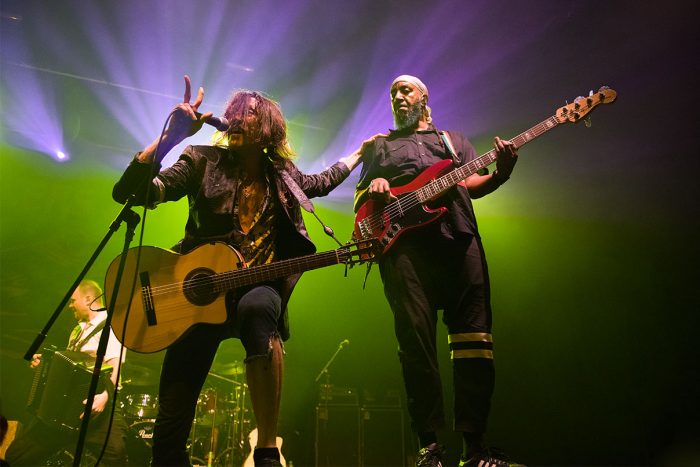 There’s a massive age range, puffa jackets, Gypsy chic, multicoloured trousers, beards, anoraks, stripes… and at least one grey quiff. Around the fifth number in, an avian woman ascends gracefully above the crowd in front of the mixing desk, her lace wing feathers draping neon lemon while she levitates, arms outstretched, articulating the rhythms as though conducting the band. She sinks back down into the obscurity of the shadows and the music stops. Coincidence?

When the music resumes, a brass section has arrived and now replete with backing singers, literally singing on their backs, the Bordello has swollen ten deep to the chorus of “We will rise again”. Ahead of me, a man in a body warmer dances like your dad and puts both arms around the shoulders of an elderly couple. 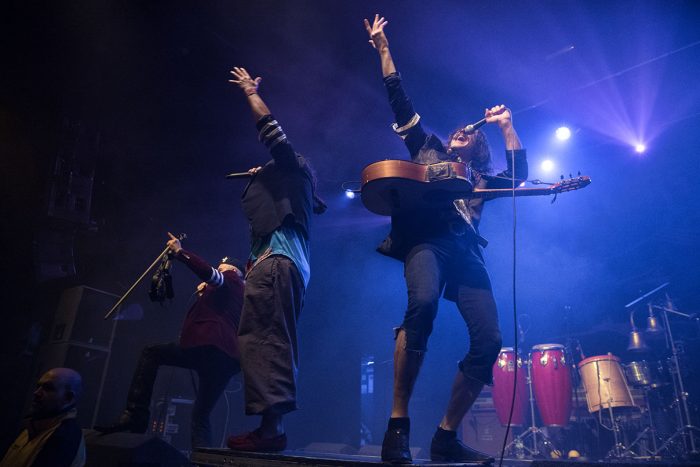 Each new song brings a broadening of musical range, strings dominating the first part of the set before horns and 70s cop-show congas funk things up. It’s the most New York move of the night. I half expect to see a low-slung car screech around a corner knocking bins and boxes across an alleyway.  Yet just when the groove begins to build, Hütz reigns it back into the Gogol zone with another heartfelt chorus.

Bordello’s energy and musicality is muscular and finely honed. But with every innovation they make, often at the start of a song, rather than push on to more experimental territory they retreat into a recurring musical comfort zone. Judging by the audience reaction, there are plenty who are comfortable right there.