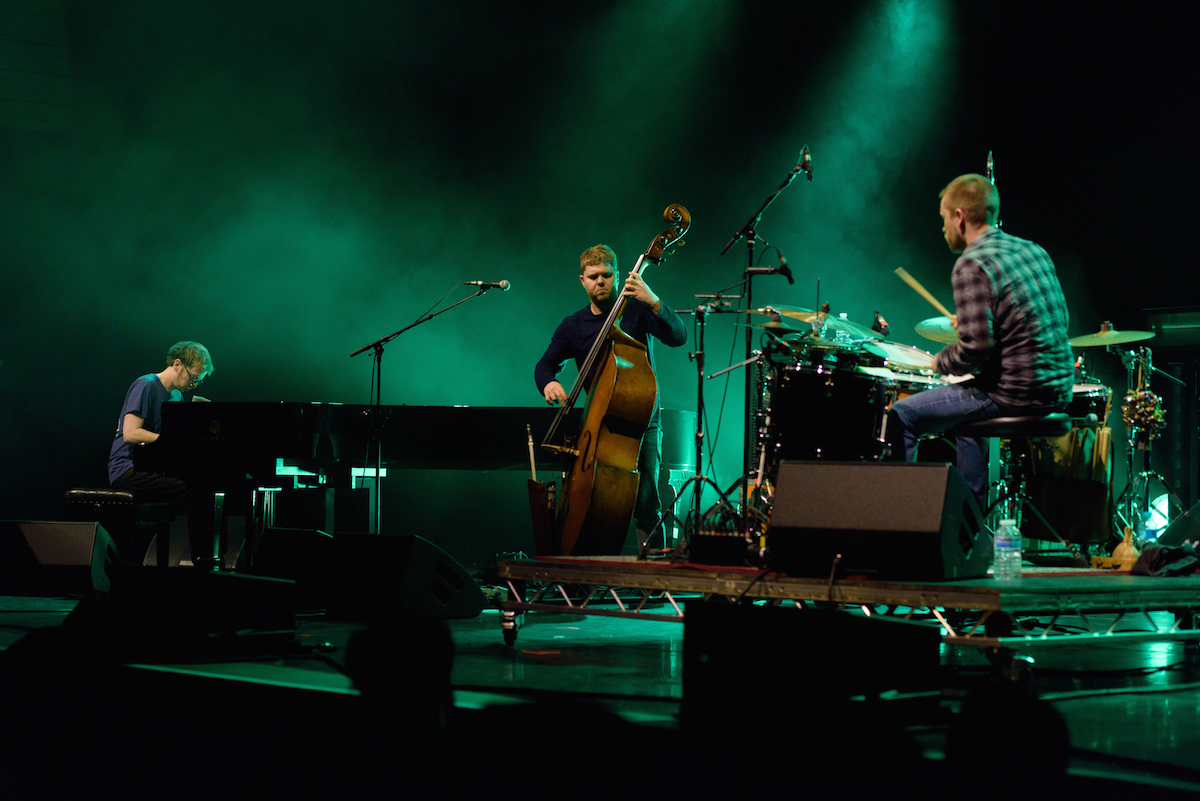 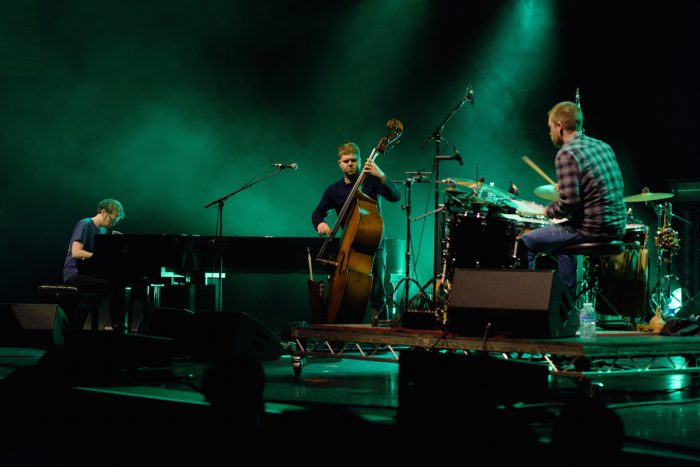 An epic double bill featuring two very different bands who both put on an epic show with their very individual styles.

Gateshead International Jazz Festival has the ability to throw up some of the finest bills around, tonight is no different with an epic double bill from two very different ends of the jazz spectrum. In fairness you could not ask for a more diverse pairing with one rousingly beautiful yet delicate trio and another who are packed with riot inducing furious beats. First up though is the former, GoGo Penguin offer a relaxed an gentle start to the evening.

Their latest album Man Made Object is a true thing of beauty, glacial soundscapes that are often cut with driving beats. Their set varies wildly from the wonderfully chilled out Branches Break to the more urgent Protest, it’s a set that traverses so much ground. They blur the lines of genre with their extensive influences playing a huge part in this exceptional set. Whilst they don’t appear to borrow from any electronic trickery, it makes their intricate rhythms all the more astounding.

The trio have an endless ability to re-create the most jaw-dropping beats, there is an arresting urgency to their set. Fortunately, they pair it perfectly with a graceful serenity, these incredible instrumental tracks constantly twist and turn through out. We cannot help but be awe-struck by this otherworldly trio, their insane talents leave us rendered speechless as they close out with the aforementioned Protest.

From one otherworldly trio to another band who certainly appear to be out of this world, taking to the stage clad in black cloaks and flashing masks. Squarepusher’s Shobaleader One project is brought to life, following a first album on which he played all of the instruments himself. Elektrac sees the band now fully formed and tonight firing on all cylinders, from the epic soundscapes of GoGo Penguin Shobaleader One attack their set in an entirely different manner.

Chopped and screwed beats laden with electronic trickery, it wasn’t to everyone’s taste regardless of how intricate it was. The ferocious drums and thick bass resonating around this huge hall, the dancing lights that covered the foursomes faces mesmerising. It is a true aural assault on the senses, they tare through their set at lightspeed the set focuses on the tracks from Elektrac which are all Squarepusher classics.

The likes of E8 Boogie and A Journey To Reedham are particular crowd favourites this evening, these forceful tracks couldn’t be further away from GoGo Penguin. It’s a true clash of styles, at one end delicacy, intricacy an abundance of style and grace, the other a ferocious barrage of beats and bass. Both of which have their merits neither act conform to any genre boundaries, they’re extremely individual and both put on an incredible show.