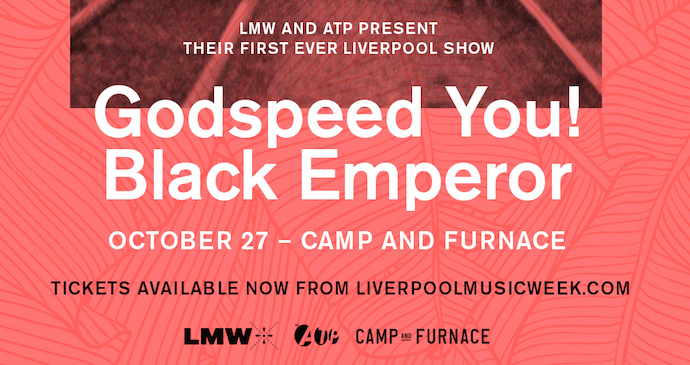 Godspeed You! Black Emperor have been announced as one of the first headliners for Liverpool music week 2015 which this year takes place between 22 – 31 October. Full details below this seriously pink poster… 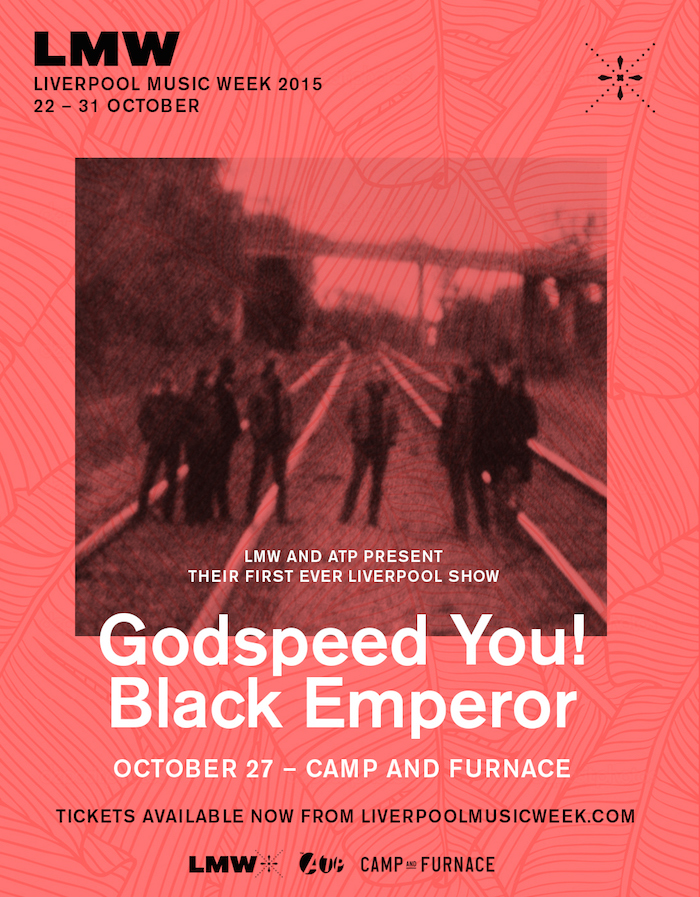 The 10-day city centre festival Liverpool Music Week 2015  is this year promising “a stellar run of date”s as well as “a raft of national and international partnerships, collaborations and commissions” – the first if which is GY!BE’s very first live date in the city. As readers of these pages will know, Godspeed put on a breathtaking show in London last week, one which our man Simon Tucker reported back from, concluding his review with the words:

“Orchestral, prophetic, historic, bone-shaking, tear-inducing, thought provoking, tonight’s gig was where I witnessed one of the finest live spectacles that I have ever experienced.”

This news, of course, comes hot on the heels of similar news that the same band are also headlining one of our other favourite urban festivals – Simple Things – so an autumn of people far and wide, north and south, having their breath taken away by one of the mightiest of band beckons.

“Following an incredible 10th Edition of the festival last year, we are thrilled to announce our first headliner for 2015 as Godspeed You! Black Emperor – an act we have been trying to get to the festival for years and now we can finally proudly announce will play their first ever Liverpool show at this years LMW. Furnace was an exceptional space for our headline shows Mogwai, Caribou, Chrvrches and will be the perfect venue for Godspeed’s first visit to the city”

“Attracting a record breaking 48,000 people for its last edition, this year the festival returns with a jam packed itinerary of live music, to take over the city for 10 days creating one of the biggest musical events the city has ever seen and included acts MOGWAI, CHVRCHES, CARIBOU, THE WAR ON DRUGS, WILD BEASTS, FOREST SWORDS, LIARS and EVIAN CHRIST”

Tickets can be booked from your regular ticketing agency.