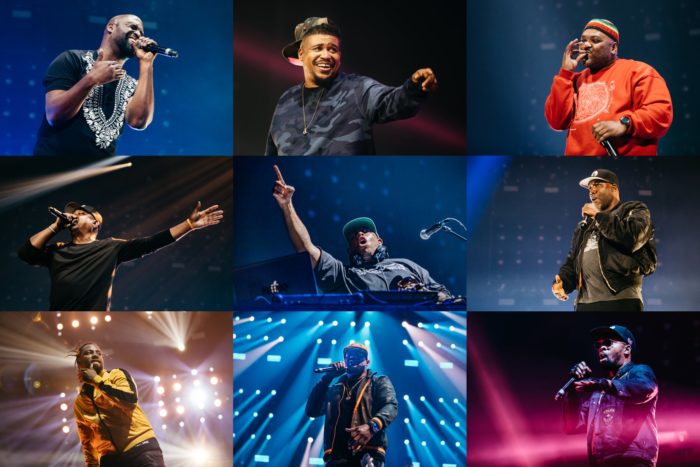 Hip-hop finally comes full circle from being the freshest, most dangerous music on the planet, to a trip down memory lane. Gods of Rap is, if nothing else, proof that hip-hop has finally been accepted into the canon of ‘classic’ music. 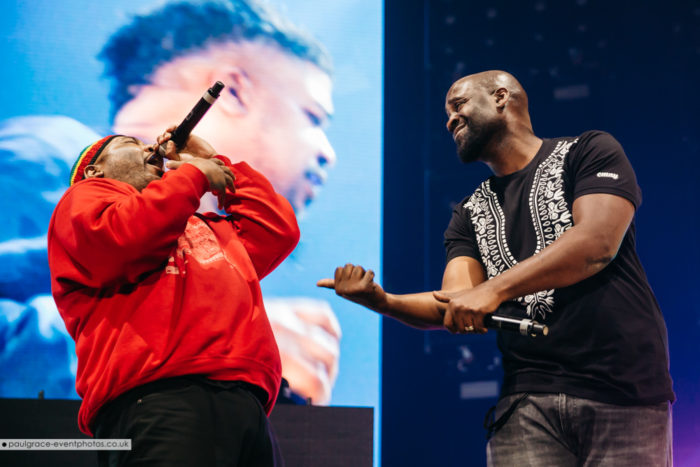 “This right here is real hip-hop. And if you don’t like it then go get your bag and go the fuck home.”

Trugoy, Posdnuos and Maseo of De La Soul have been doing this for over thirty years and at times it shows. Their 40 minute Gods of Rap set only really kicks off when Maseo climbs down from the DJ booth, leaving the record spinning at a quiet break, before slamming his foot on the stage and barking into the mic as the kick drum drops. The hulking DJ/MC spits into the mic, the crowd bounces and the arena starts to shake.

Predictably, Me, Myself & I is the biggest crowd pleaser of a short set that ends in a series of freeze frames and 49-year-old Posdnuos hitting the deck. For a set that took a bit too much time to get going, it’s a cool ending that leaves everyone in a bouncy mood. 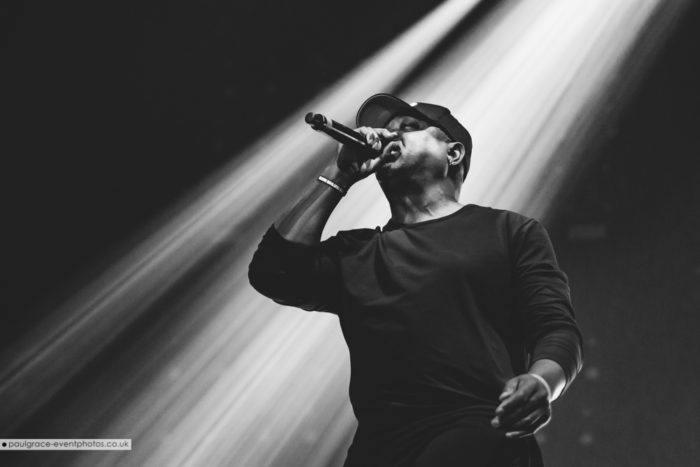 Public Enemy Radio is the stripped down, no Flava-Flav version of one of hip-hop’s most iconic groups. Just “a DJ and a couple of mics” as Chuck D puts it, his skeleton crew of MC Jahi and DJ Lord kick things off with a bang and keep the energy at 11. For a guy pushing 60 years old, Chuck D shows no sign of slowing down. He blasts Trump, Theresa May and Brexit with the same venom and disdain for the status quo he’s always had. Dashing around the stage like a college quarterback, I’d expect to still be seeing a lot of Chuck in his 70s.

“Manchester! Welcome To The Terrordome”, Chuck screams as the band tear into the 1990 banger. It’s a predictable set with all the big, political bangers you’d expect from a Public Enemy show. Fight The Power, Don’t Believe The Hype, Bring The Noise and the latest commercial success in their arsenal; Harder Than You Think.

Yet while Chuck and his music haven’t aged one bit, his S1W dancers have. Repeating the same cache of dad-at-a-wedding style dance routines for the whole hour, the two dancers are a bit of a parody of themselves – an unnecessary bit of ‘theatre’ in an otherwise solid set. 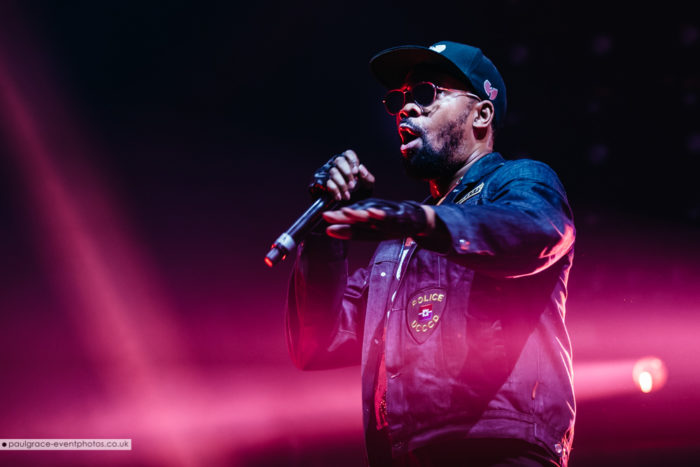 When Wu finally hit the stage just after 9pm, most of us have been through a couple of hours of solid hip-hop already.

RZA is still the de-facto leader of the nine-man MC troupe, who are tonight missing Method Man, and still commands most of the crowd interaction.

“If you got the energy, let me hear you say hell yeah”, he says in between sprays of champagne.

It’s an odd set, I’ll be honest. Of course, there are huge highlights. Bring Da Ruckus, Clan in da front and C.R.E.A.M are absolutely fantastic, Protect Ya Neck ditto, even Gravel Pit – which has traditionally not been a favourite of mine. But in between, there were a couple of head-scratching moments.

For one, the group put us through a remix/cover of The Beatles’ Come Together that teetered on ridiculous. Seriously guys, who’s idea was that? Gods of rap or not, it was badly executed and totally unnecessary.

Then there’s YDB, or Young Dirty Bastard – ODB’s kid. He’s certainly got talent and energy in spades – launching himself into the crowd that only a man 20 years younger than the rest of the crew could get away with.

His version of Shimmy Shimmy Ya was a like-for-like imitation of his dad’s classic. After the show, I heard someone say: “I shut my eyes and it was ODB.”

But, and there’s a big but, he spent so much of his energy trying to look, sound and style his hair like his dad, it’s hard to look past this as more than a family cover act. A bit like seeing Blanket Jackson dress up in a tuxedo and moonwalk down a street. It’s a swing and a miss – a really good cover act, but a cover act all the same. Still, not as bad as that fucking hologram.

In all, Wu-Tang’s 30 song Gods of Rap set is a mixed bag. At some points sincere, poignant and deserving of the God title, and at others just a bit daft. 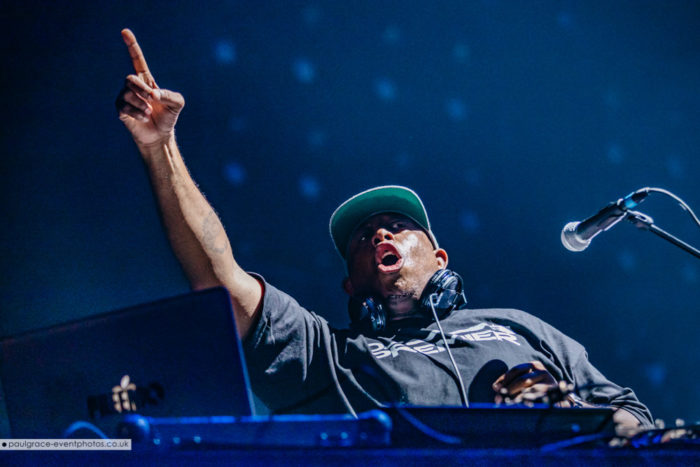 Filling in the gaps between sentences, DJ Premier offered some much-needed relief from the overpowering PA system. Having a 15-20 minute hip-hop interlude between each set, at a volume that doesn’t crush the eardrums, was a masterstroke of planning. Knocking out hit after hit of golden hip-hop classics, Premier could have been mistaken for stealing the show at times. If success was ever judged on how many people are dancing at once, Premier would have certainly come out on top.

All words by Toby Cryne. More writing by Toby on Louder Than War can be found at his author’s archive. He doesn’t tweet.

All photos © Paul Grace. For more of his photos go to his archive. Paul is on Facebook, tweets as @pgracephoto and his website is www.paulgrace-eventphotos.co.uk