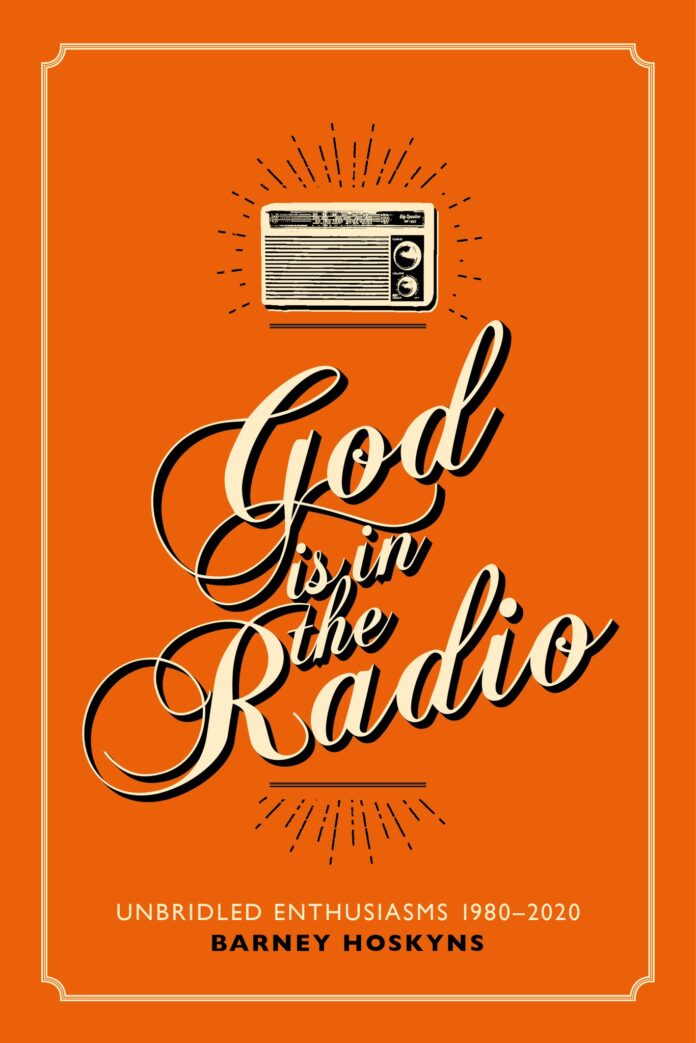 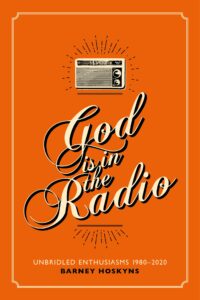 In his forty-year career, Barney Hoskyns has written eloquently, passionately and insightfully about every artist who has mattered. God Is In The Radio compiles fifty of his finest works. It’s engaging, entertaining and thoroughly educational. Gordon Rutherford reviews for Louder Than War.

With the exception of the wondrous CHANGESONEBOWIE, I’ve never been one for compilation albums. They always felt a bit like cheating, a way of collecting a band’s best bits (or certainly their most popular) without putting in the hard yards. Proper albums tell stories, they bring context. However, whilst God Is In The Radio is Barney Hoskyns’s compilation album, a kind of Best Of Barney, it’s not in the same ballpark as, say, Foo Fighters Greatest Hits. It may not be new material, but there’s a world of difference between words and tunes.

Hoskyns is the doyen of music writers. For decades, he has penned the most awe-inspiring pieces for the likes of NME, The Times, The Guardian, MOJO and Uncut. His Tom Waits biography, Lowside Of The Road, is one of the best biographies around, irrespective of hue, and his fascinating tale of the craziness of the LA Canyons, Hotel California, is equally sublime. I own, and revere, both. Therefore, when I entered into this project, I did so with a little bit of trepidation. Here I am, writing about Barney Hoskyns. It’s a bit like being asked to critique the technique of Messi and Ronaldo because you once turned out for Albion Rovers. But here goes.

God Is In The Radio, fittingly subtitled Unbridled Enthusiasms, is a collection of fifty beautifully written pieces about much of the music and artists that have meant most to Hoskyns over his illustrious forty-year career. The first third of the book, entitled Short Cuts, presents a series of punchy, extremely snackable articles that can be voraciously consumed in no time. The perfect example comes in the form of his piece on The Associates, which is a dazzling celebration of the late Billy Mackenzie spanning just over one page. There’s genius in such brevity. Mark Twain once said that “I didn’t have time to write a short letter, so I wrote a long one instead”, and it’s true that sometimes getting your point across in one page is more difficult than in several. However, in a similar way to Will Hodgkinson, Hoskyns is a master of conciseness, with the ability to show us why a disc of vinyl truly matters in a mere handful of lines.

It’s not all short-form. The remaining two-thirds of the book, Long Players, is a collection of chunkier pieces, typically interviews, with more depth. These allow Hoskyns the space to forensically probe the subject at hand and one is struck by the gravitas of his interviewees. We’re talking the gods of modern music here. But just as remarkable as the subjects and artists, are the elucidations. Take the opening feature in that section, for example. For many years, I had assumed that Mike Love was the bad guy in the Beach Boys saga. But, like all family sagas, there are two sides to every story. Through his 2012 interview with all surviving Beach Boys, Hoskyns succeeds in shedding a different kind of light on Love’s role. In just eight-and-a-bit pages he brings more credible analysis than entire books on the subject, and that’s in spite of Brian Wilson’s sad inability to recall very much from the period.

Long Players also includes a highly engaging piece on Stevie Wonder, with particular focus on that miraculous run of albums from Music Of My Mind to Songs In The Key Of Life. Writing about such albums is relatively easy. However, what I admire most about Hoskyns in pieces like this is the way in which he colours in all the spaces around about. It’s about so much more than the music. It’s about the vibrancy of his new home city (New York) and the influences surrounding him and recovering from a car accident that left him in a coma for five days. There’s also a remarkable 1984 piece on Bobby Womack, where Hoskyns effectively traipses up and down the M40 with the soul legend whilst he is on tour. Part of that piece discusses Womack’s collaboration with Sly Stone, who also happens to have a feature dedicated to him. Hoskyns paints such a vivid picture of the frighteningly unhinged, drug-fuelled Stone that I checked the front door was locked three times before going to sleep that night. Then there’s the incredibly touching piece from 2018 on Amy Winehouse. Much has been written about Winehouse in recent days, but nothing else I have read has captured her magnificence quite like this piece.

You’ll have gathered by now that God Is In The Radio delivers on variety. As well as the diverse range of artists covered above, there’s also a poignantly written feature on the tragic life of Sandy Denny and a wonderfully nostalgic remembrance of seeing Chic live in 1978. Articles on Joy Division (reviewing the Heart and Soul box-set) and Television (celebrating Marquee Moon) rub shoulders with pieces featuring Burial, Burt Bacharach, P.J. Harvey and Willie Nelson. There’s something for everyone here, all unsurprisingly written in that wonderfully effortless style.

But what I loved most about God Is In The Radio is what I love most about Barney Hoskyns. When he writes, you learn. He brings such gravity and insight to his pieces that you always feel that time invested in reading his work is not only enjoyable but educational too. It’s not only obscure stuff, he even schools you in things you feel you should probably know about. I mean, Jack White started out as a drummer. Who knew? My favourite piece of learning came in the Short Cuts section. I’m ashamed to say that I had no idea who Thom Bell was. As someone who grew up in the seventies watching Top Of The Pops and listening to Radio One, I was obviously aware of The Stylistics (although vanity would have prevented me from ever admitting to liking them), but I had no idea that their producer/arranger/co-writer was this guy called Thom Bell. This is the same fellow who wrote the charts for the O’Jays’ Back Stabbers and Me and Mrs Jones by Billy Paul. He wrote and produced Didn’t I (Blow Your Mind This Time), that imperious Delfonics classic that featured in Tarantino’s Jackie Brown. Somehow, I feel more fulfilled knowing who Thom Bell is now and that is part of the brilliance of God Is In The Radio. It teaches us stuff that matters.

Earlier, I mentioned that it was fittingly subtitled Unbridled Enthusiasms. It’s fitting because the passion and the love that he has for the subject matter is evident from every single line on the page. More than any other writer, you can just tell that he lives to write about this stuff. God Is In The Radio is a cracking read, a veritable compendium of magnificence. It’s entertaining and educational and Hoskyns’s style is one that you never weary of. It’s evergreen and is the kind of book that you can comfortably pick up and dip in and out of. It’s more likely, however, that you will dip in and stay in.