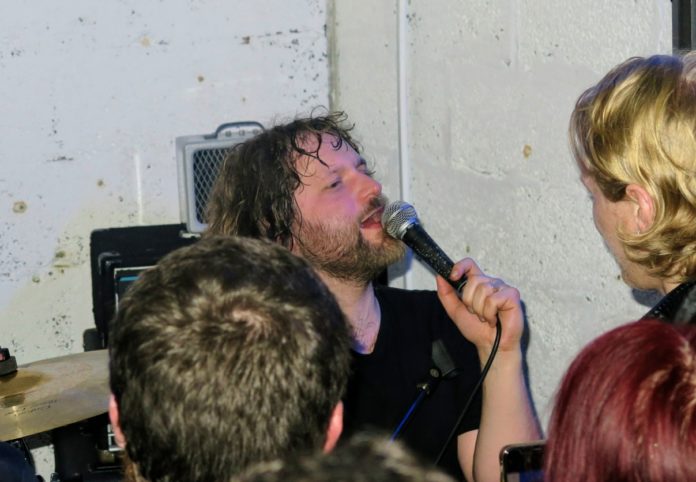 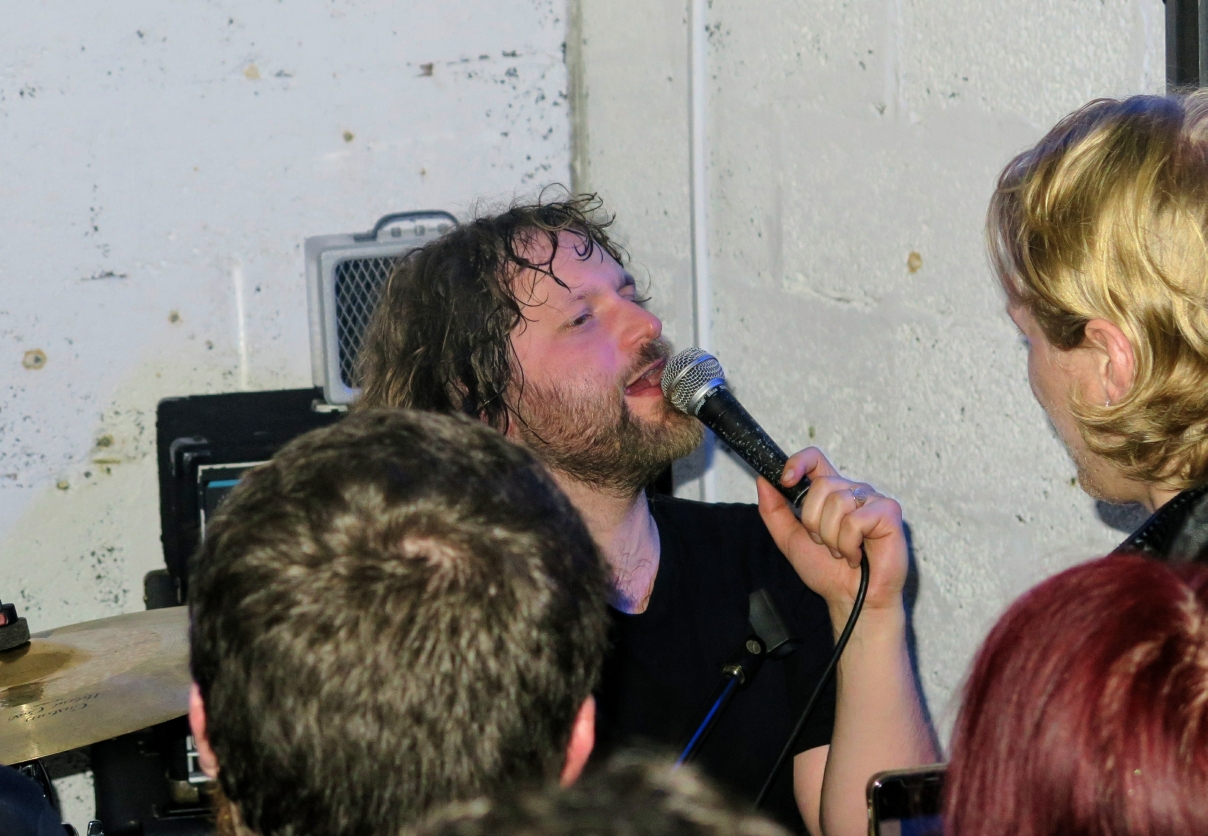 God Damn return to an old haunt after a three year absence in preparation for a new record and tour. Louderthanwar’s Christopher Lloyd was there to see if it was merely a trip down memory lane or something more weighty.

Back at the start of the millennium, I found myself in Amsterdam’s Dam Square on New Year’s Eve, awestruck yet terrified as the locals pelted fireworks at one another seemingly oblivious to the threat of any physical damage thanks to the sheer adrenaline of the chaos that enveloped them. I lent my back against the wall of the palace that overlooks the square, slightly reassured in the knowledge that at least there was one direction from where I can observe the madness with a 25% less chance of damage.

Years later, it’s 2013 and I find myself employing the same ‘Dam Square’ tactic of heading for a wall as a damage limitation exercise whilst watching a local up and coming local band named God Damn play numerous raucous events at a lock up in Birmingham. The bands infamous sets were loud, explosive and were frequently a hazard to health. There was always a real danger that by attending a God Damn gig you could quite possibly end the night by receiving some form of physical damage. The bands rabid fan base was crammed into a stupendously small room in Black Mekon’s rehearsal studio, fueled by cheap beer, adrenaline and a wall of noise. It was a powerful combination that led to a spectacle one had to actually be a part of in order to realize just how unique it was.

The band eventually signed to One Little Indian Records and released a raucous debut, Vultures, before following it with a more melodic follow up album in Everything Ever. The more palatable sound of the second album took the band from playing those incendiary events in a Birmingham lock up to bigger and more mainstream venues.

It’s been three years since the Everything Ever was released, a short break in which the band have had time to reflect on what it was about being in God Damn they loved and potentially missed whilst recording and touring the difficult second album. For the new, eponymously titled album, the band have pulled in producer Sylvia Massey to oversee the recording, and it will also be the first album to feature God Damn’s third member, James Brown. A fully-fledged member of God Damn for the last three years, James has bought a mixture of guitars, electronics and synths that has given the band a louder, fuller and more symbiotic feel to their shows. With the album ready to go early next year, what better way to prepare themselves for the next phase of God Damn than by throwing a secret lock-up party, back where it all really began in that tiny room in a rehearsal room in Birmingham.

The set kicks off with Dreamers, the lead single from the new album, and it becomes instantly clear that the band aren’t messing about when they say their new set of tracks are the gnarliest they’ve recorded. The guitars caterwaul around the absolutely monstrous violence of Ash Weavers drums whilst vocalist Thomas Edwards spews out his lyrics with venomous bile at the fifty or so fans that are crammed into this thirty capacity max, tiny concrete room. The fans understandably go berserk.

Dreamers is swiftly followed with another new track, Whip Goes The Crack, a track which Thomas claims is intended to celebrate the Glitter Beat. Thing is, I don’t remember the Glitter Beat having a bowel releasing side-effect to it. It’s a beast of a song that whilst being laden with walls of noise and concrete-breaking drums, still has a remarkably catchy melody underpinning the whole thing, a trick that God Damn pulled off so efficiently on the songs that made up their debut.

Of that debut, five songs are played throughout the set. As soon as the first ‘golden oldie’ lands, the room erupts and it’s 2013 all over again. The poor sound guy is protecting his soundboard from being crushed by the sheer force of falling bodies. Thomas is walking across the ceiling lifted aloft by a mass of sweaty revellers, whilst electrical wiring and light sockets are torn from their fittings. It’s pure carnage and a stark reminder to how joyous a gig can be when there is a threat of real danger rather than the more tepid reality of an underpaid security guard shining a torch at you if you dare put a drink on a balcony ledge, or god forbid, stand up in a seated area.

The whole evening acted not as a trip down memory lane, but as a reminder to stick to what it was about being in a band that you fell in love with. By doing this God Damn may not be raking in any big bucks and festival headline slots any time soon, but they will almost certainly carry on their career by carving a place in the hearts of anybody who sees the band play gigs with as much passion and joy that the band displayed during what is ostensibly this ‘reset button’ of a gig.

God Damn is playing a handful of small shows in February. You can catch them at:

Tickets are available now at SeeTickets.