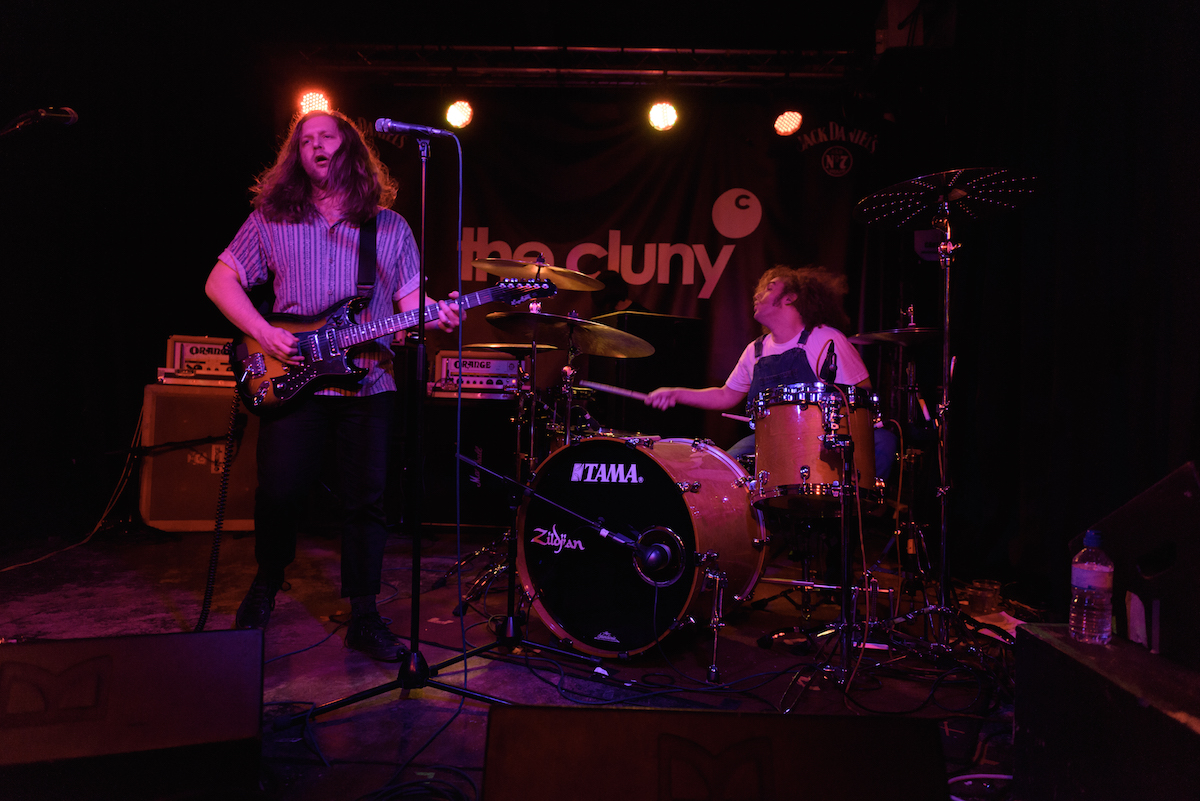 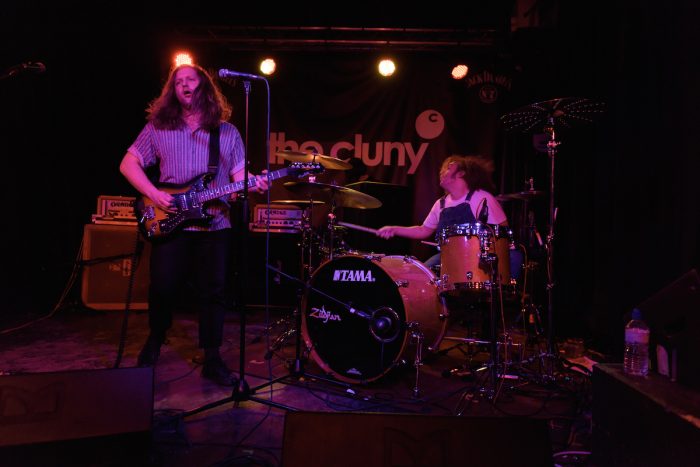 With Weirds setting the bar so high tonight, God Damn proceed to absolutely tear the roof off the Cluny tonight with a raucous set!

Of late there seems to be one duo that bubbles under the surface for a while, before exploding in a blusterous explosion of noise. First we had Royal Blood, then Slaves and now God Damn, each seem to be heavier than the last and God Damn have really taken things to the next level. Arriving in Newcastle on their headline tour, there is a buzz about the place last time they played this venue they took the roof off.

Tonight is set to be no different but the Almighty Weirds were always going to be strong competition, having recently seen them playing in a cramped shopping arcade in Leeds with no stage and just a bewildered audience surrounding them, these guys certainly know how to crank things up. Fortunately, tonight is no different with a front man who seems to have an aversion to the stage their raucous set sees him mingling with the excited crowd.

Before dragging the whole band into the crowd to round off a calamitous set in raucous fashion, an absolute tour de force as they thrash through numerous cacophonous tracks. The perfect way to kick off this riotous evening, Weirds set the bar incredibly high tonight with such a powerful set. God Damn are left with a lot to live up to, but it doesn’t seem to phase them though. 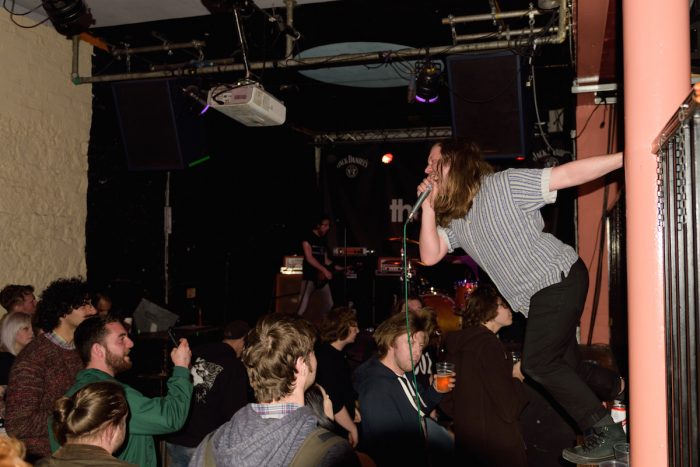 With drummer Ash standing upon his drum stool signalling the start of their set, they’re quick to pick up where they left off last time. As guitarist Thom flings himself around the stage, their forceful sound sending the crowd into an excited frenzy. Its also not long before Thom has a penchant for joining the punters, as he hangs from the various fixtures of the Cluny.

Their thunderous tunes come thick and fast, with Thom screaming through the impressive Maladie Melodie. Ash’s mane of hair akin to Sideshow Bob is flung around at pace through Vultures, it’s a roaring set played at breakneck speed. However, they do buck the duo trend from time to time with guitar tech James joining the pair, so that Thom can allow his inner-demons time to shine as he dives into the crowd once again.

Closing this insatiable set with a breath-taking rendition of Skeletons, they seal their place as what has to be this years most exciting duo. It’s no wonder though with a frenzied set packed with energy and enthusiasm such as this, it made us forget that tomorrow was Monday and helped extend our weekend perfectly.