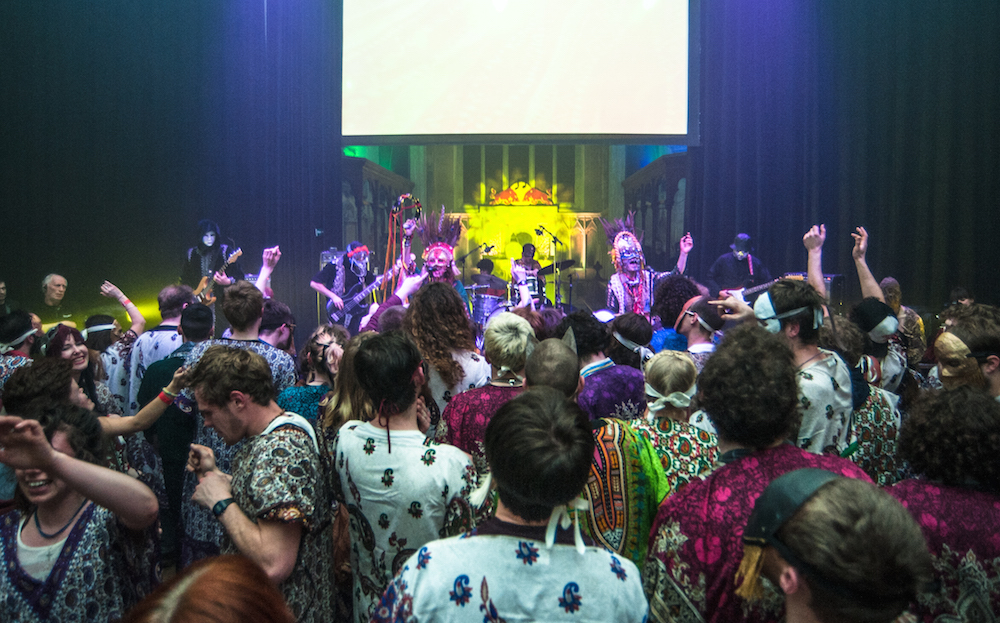 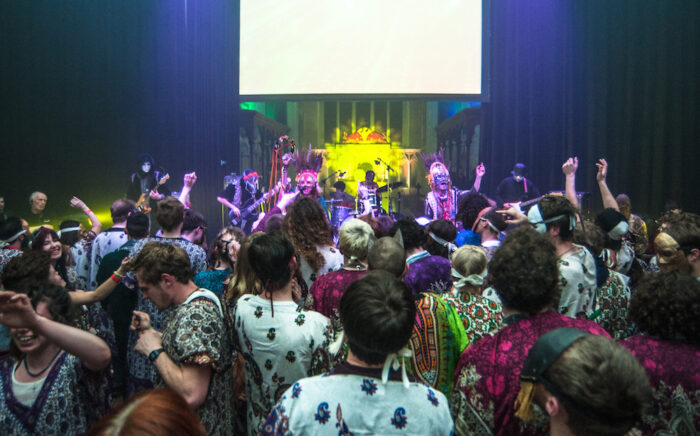 Red Bull Music Academy invited the curious and the brave to Circomedia’s beautiful converted church on Portland Square in St Paul’s in order to explore the frontiers of music and identity in a sonic soiree with the Swedish alt-folk innovators, Goat.

Famed for the immersive live extravaganzas and free form approach to music-making, Goat’s focus for this very special night was to discover the full meaning of collective experience: ridding oneself of the ego and diving headfirst into the combined energy of ‘the crowd’. In order to do this they feel it necessary to level the playing field. Saying goodbye to anything associated with social hierarchy, image, everything. Phones, cameras, money, all were jettisoned before entering the main room where the dance took place. Where the rhythmic, pulsating melodies filling the floor would allow all to lose their inhibitions and surrender to the music. 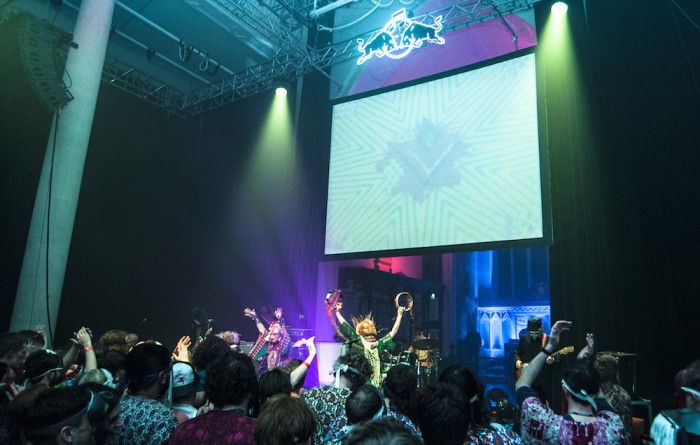 It felt very surreal with everyone in the main space wearing Kaftans and various masks given out upon entering, flooding the visual cortex in a truly psychedelic way. As the opening notes of ‘Talk To God’ rang out throughout the room began a truly dazzling performance. The spell they cast seems to have bound the people present into the sort of collective experience I have never witnessed before.

In the womb of this converted church, tonight’s gig took on a spiritual quality beyond expectation. The lucky few hundred that managed to get tickets for the show were reveling in the immersive nature of this performance. Those who have seen Goat play live have come to understand the special esoteric nature their music has. Tracks such as ‘Gathering Of Ancient Tribes’ & ‘Hide From The Sun’ sounds especially ‘out there’ taking us all on a journey of self discovery, connecting modern techniques with ancient beliefs.