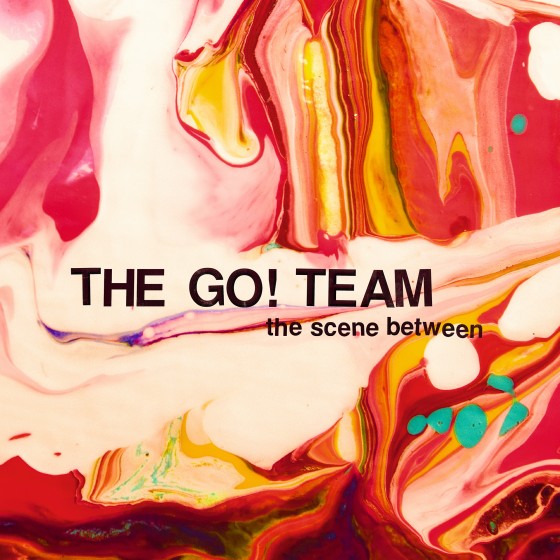 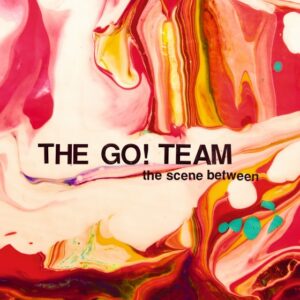 The Go! Team – The Scene Between (Memphis Industries)

The Go! Team are back with their fourth studio LP. Here Clive K Hammond reviews the album, The Scene Between, which weaves elements of biting, powering alternative rock with idyllic bursts of quaking dreampop.

Brighton outfit The Go! Team have always managed to replicate a homogeneous product similar to Studio Ghibli. The rupturing ability to generate waves of youthful, multi-coloured artistry to reanimate some often problematic, perturbing scripting is a quality sporadically neglected within some alternative circles. Cloaked within their customary clouded arrangements that have yielded illusionary portraits of sun-kissed Summers since 2004’s ‘Thunder, Lightening, Strike’, The Go! Team remain maestros of genre manipulation. Their latest release ‘The Scene Between’ secures their status as true splice pioneers.

‘What D’You Say’ bossed the direction of ‘The Scene Between’. The Go! Team have become accustomed to fusing all manner of melodic elements together; the only facet missing from 2015’s collection is the caustic hip hop. As the organ rings out and meets the biting attitude of Sam Dook’s contorted guitar, a flashback to our pubescent existence transpires. Brash drums – caught with the archetypal raw flavour songwriter Ian Parton has become identified for – warped fairground electric piano and burning horns progressions dictate the anarchic delicacy that illustrates all that is idiosyncratic about the six piece. The album’s title track cements the brazen garage principles through its broken bursts of soaring brass, entwining vocal samples that rhythmically revise the composition’s initial world aura and its lawless ability to fashion a sound as easy to trip to as it is to get bombed. ‘Waking The Jetstream’ is vivid; interweaved with retro 60s guitar and the intensified collage of maddening voices, it examines characteristics revitalised survivors emanate.

This hallucinatory system is only augmented through the album’s three 50 second snapshot songs. All wielded as realisation tracks for their subsequent tunes, the quaking murmurs that are unleashed are only matched in incongruity by their actual names. ‘Gaffa Tape Bikini’ delivers a crunching burst ofelectronica through its sequenced groove whilst ‘Rolodex The Seasons’ is a deviant Irish jig that climaxes with a discerning adolescent sound-bite. ‘Floating Felt Tip’ exemplifies this inclination. Brutal waves of white noise fed guitars rumble before a sleep deprived sample mumbles out to introduce ‘Her Last Wave’; sonically attune with Beach House, the choral passages lay loosely across a track buoyed by mass floods of explosive distortion, staggering bass and puncturing beats. It’s an archetypal Go! Team recording similar to the violence submerged through ‘Blowtorch’ and ‘Did You Know?’; as playful as a urbane Boy Least Likely Too, an innocence is maintained through its sharp outro.

There’s a consistent boyish attraction radiating throughout the distinctive essence of ‘The Scene Between’. Drilled with a misty sense of de ja vous, it generates a reverie allure; frequent ideas doctored to create familiar tones using chief songwriter Ian Parton’s convoluted grasp of plunder-phonics. But the savage attitude that began our love affair with the troop is resurrected through the album’s closing number ‘Reason Left To Destroy’. Hideous streams of reverberations greet the screeching violin before a deepened sample similar to The Verve’s ‘Love is Noise’ strikes. It’s filthy. Showered in feedback. And roisterous with its timbrel variance.

With Ninja’s instinctive, brutal freestylin’ added to their live performances ‘The Scene Between’ is something of an evolution album. Capturing surreal realities through their assorted sound still beats at the nucleus of The Go! Team. And no doubt their presence this summer will only further encourage our unshakable thirst for fields, frolics and alcohol.