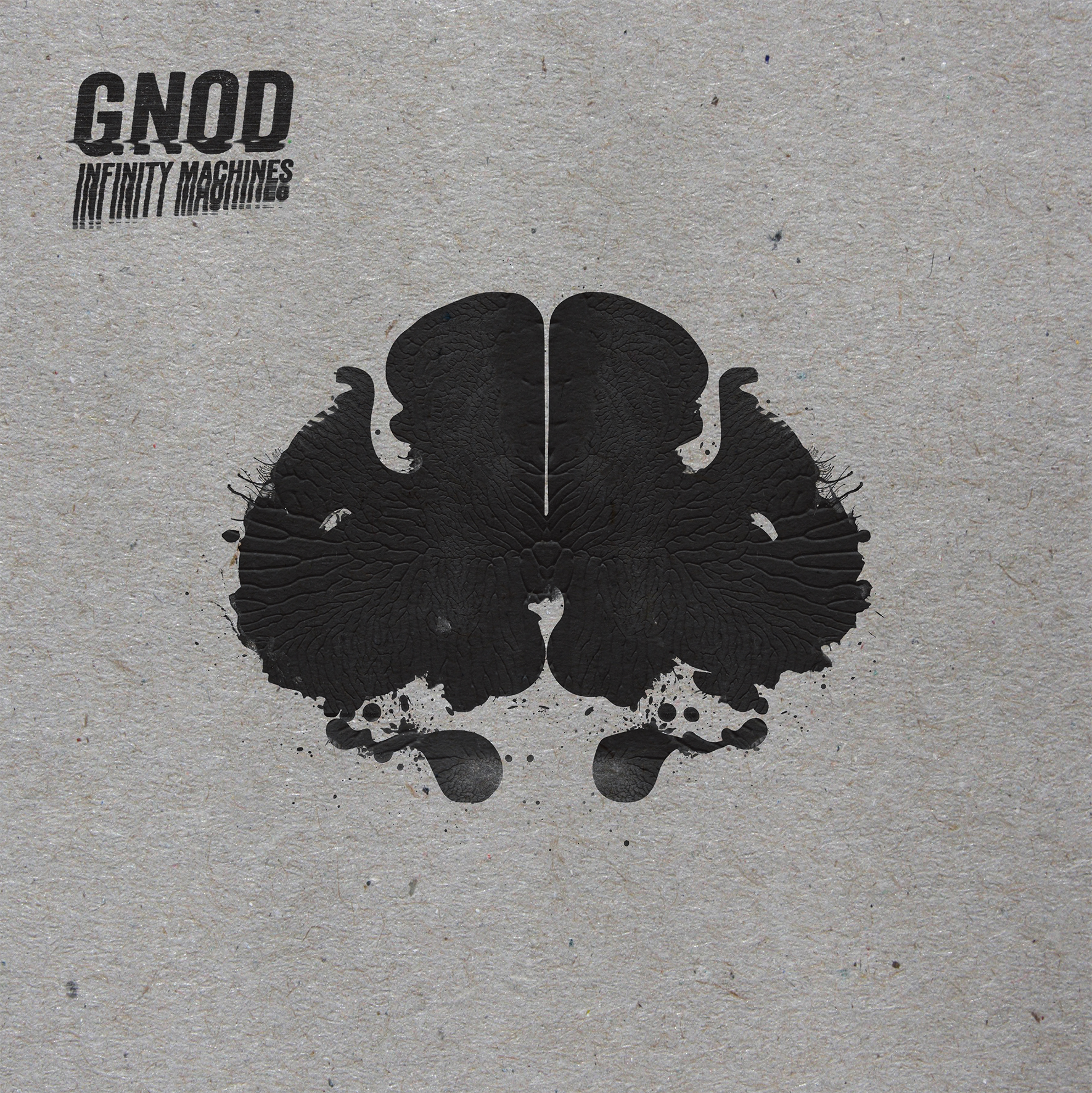 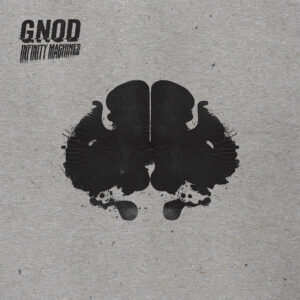 Gnod have produced a monolithic slab of unquantifiable proportions, with every track facilitating its own mini trip its an incredible collection of tracks. One of the finest things I’ve heard all year so far!

The almighty purveyors of psychedelic synthesised noise Gnod are back with a monolithic album in the form of Infinity Machines, clocking in at over 2 hours (if you include the bonus live set) this is an incredible feat in itself. As opener Control Systems bleeps and squelches into life, it transforms itself into a saxophone driven piece from outer space with its twinkly synth lines.

The sparse quotes providing a small let up from the otherwise spaced out free jazz of the track, an incredible way to open this epic album. Collateral Damage continues using the saxophone theme but the interspersions are more frequent to begin with, the discussion of taking someone else’s creative output as your own rumbling on in the effected background of the track.

Yet as the track reaches its pace, Gnod free up and the music begins to transform in such incredible ways as the cacophonous sounds collide. The track ploughs on twisting and turning in all directions a complete trip in just one track, Gnod have an unrivalled ability to create these incredible journeys even so early on in this album they’ve covered so much ground.

Gnod sprint across genres on this album taking in such a wide spectrum of music, Desire has a much more industrial feel to it. Perhaps this track is not as complex or as intricate as others, but it’s no less captivating as it pounds away through its digital distortion. The Importance of Downtime on the other hand is exactly that, the beautifully bleak, stark and sparse soundscapes clear your head having been pounded with the aforementioned industrial vibes.

Though it builds into something much more before closing out in a rather sedate way compared to most of the other tracks where they seem to become ever more erratic. That said the album, as a whole is erratic; whilst this track marks the calming middle its quick to move back into these huge sprawling soundscapes, filled with industrial noise.

Spinal Fluid provides another break from the organised mayhem that has so far ensued; yet the track still lasts over 15 minutes. Once again another huge trip elongated to the extreme, as they build upon their incredible sound. Its an album which keeps you on your toes though as each track meets its cacophonous end, there’s an element of anticipation as to what’s going to hit you next.

With the album drawing to a close they seem to be throwing everything at the final tracks, with Breaking The Hex combining the previous Jazz influences alongside the industrial noise into one huge and relatively short cacophony of intense sound. They close out with the title track Infinity Machines one final chilled out ambient jam, which builds with elements from across the album.

At the start I stated that this album was a monolithic feat, yet the reality is so much more. Gnod have covered an unprecedented amount of ground, traversing genres with ease at times pounding at others delivering outstandingly beautiful epic tracks. It would be insane to pin Gnod down based on this album, which is what makes Infinity Machines such a brilliant and exciting album.

Gnod can be found online here ingnodwetrust.tumblr.com. They’re also on Facebook and tweets as @GnodGnetwerk.