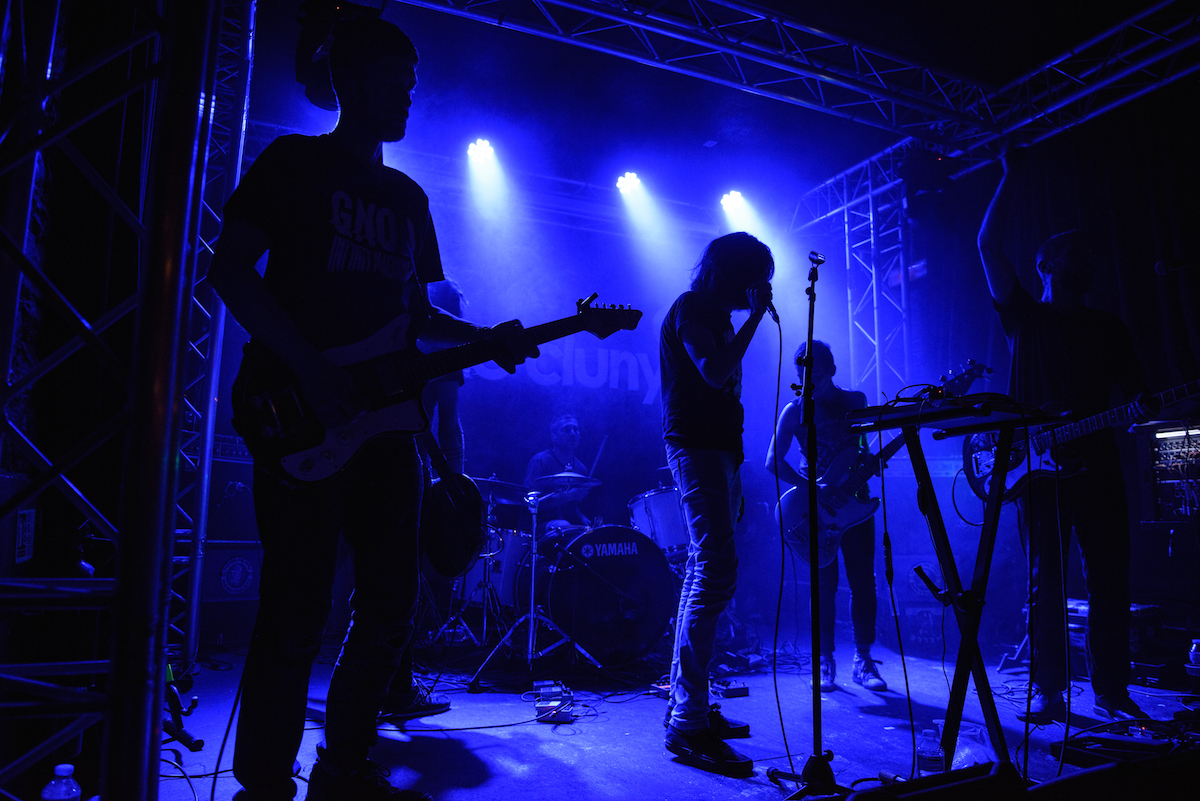 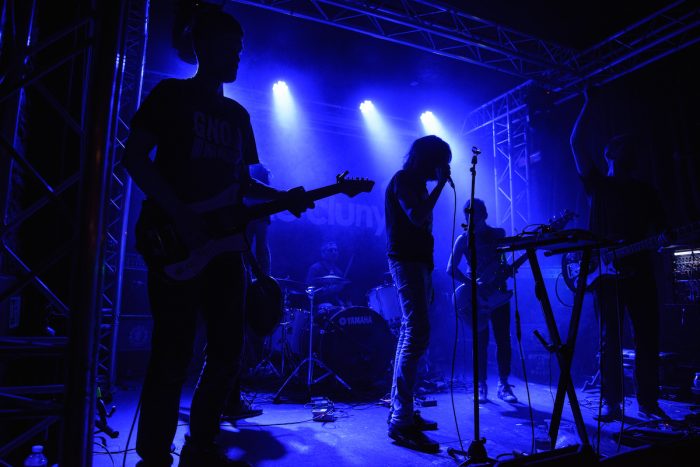 An ear splitting night of intense space rock and sludgy kraut rock from three of the finest bands around, who all brought their A Game!

As far as double headers go GNOD and White Hills was always destined to be one of epic proportions, both bands have a reputation for putting on amazing shows and tonight they have both brought their A game. Girl Sweat opens the show with an equally captivating set, his on stage theatrics matching his heavy space rock. It’s an impressive set though that sets the deafening tone for the rest of the evening, the stifling heat forcing almost everyone out of the venue between bands.

The only signal to return is when the loud thrum once again emanates from within, this time it’s the turn of White Hills, who tonight are in raucous form. Blasts of smoke make them almost impossible to see as the prolific duo plough through an impressive set, each track seething with psychedelic goodness. It’s a heavy set that draws on the bands prolific strain of brilliant albums. There’s an obvious leaning towards their latest album Stop Mute Defeat.

However, the evening would not be complete without a collaboration with GNOD and as Alex from the band takes to the stage. It becomes a distinctly murkier affair, the dirge of his synth matching the driving bass and bright guitars of White Hills. A definite highlight from their set, as time crept on though White Hills seeming oblivious to the time continued with their vibrant space rock most of the crowd seeing fit to leave the latter part of the set to gasp for air. 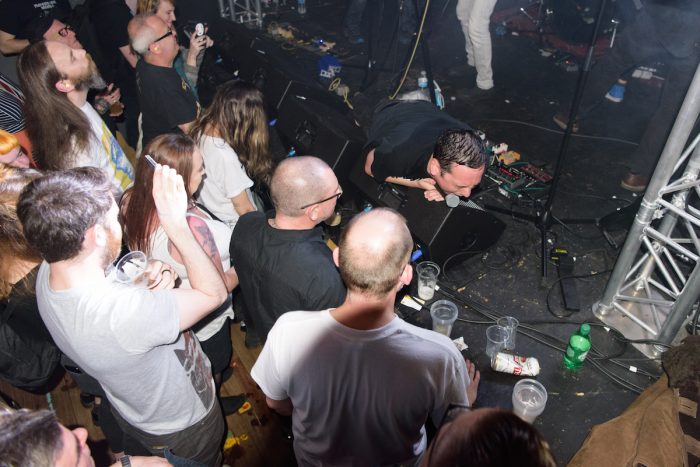 They were quick to return though when the walls began to shudder as GNOD took to the stage, it was a tense set the thick bass driving the tracks. The walls reverberating as the awe-struck crowd watch on, any worries about the heat vanish as a sea of heads thrust in time with each track. The band are truly mesmerising, the brutal nature of every track, the thumping bass the wailing guitars it’s a complete aural assault throughout.

The arguable highlight from tonight’s set is the inclusion of Pigs Pigs Pigs Pigs Pigs Pigs Pigs front man Matt Baty on vocals for Bodies For Money. GNOD tend to remain fairly static their unassuming appearance and heavy noise speaks for itself, but Matt elevates the set to another level. His boundless energy perfectly complimenting the raucous nature of the track, leaving everyone aghast with his performance.

As soon as the track is over though the band slot back into their incredible groove, with more tracks from JUST SAY NO TO THE PSYCHO RIGHT – WING CAPITALIST FASCIST INDUSTRIAL DEATH MACHINE continuing to enthral the crowd. It rounds off a truly epic evening and despite the heat it proved to be an absolutely incredible night.

~
GNOD can be found online here ingnodwetrust.tumblr.com. They also tweet as @GnodGnetwerk.