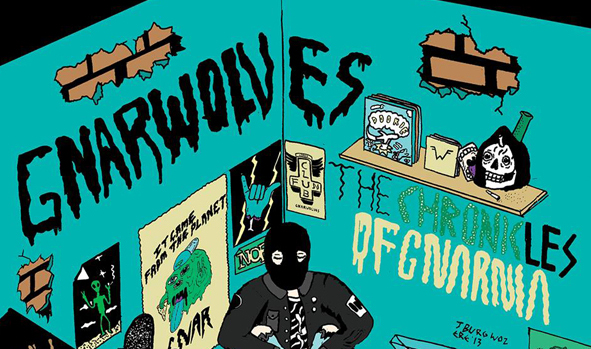 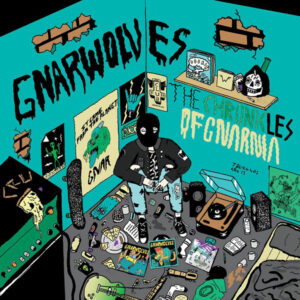 Louder Than War have been repping melodic power pop punk band Gnarwolves pretty hard since we first saw them live a couple of years ago. Even so though we were still a bit surprised to hear that yesterday they’d managed to smash into the official Record Store Albums Top 40 at number 8!

The album isn’t really being marketed in the UK (hence our surprise at it’s charting at all let alone so high.) It’s had minimal press over here and is designed as a release for America can get up to speed before Gnarwolves release their first album some time later this year (if we’re to believe what the band told us when they played Bristol at the end of 2013 that is.)

The release is a combination of their first three EPs (Fun Club, CRU, and Funemployed), put together into an album going under the brilliant title “Chronicles Of Gnarnia”.  You can (and def should if you’ve missed out on them so far) pick up a copy via links below.

The first time I saw Gnarwolves they were first band on playing a 40 capacity show. Right from the off they were obviously something a bit special, and to slowly see more and more people reaching the same conclusion has been great. Firmly entrenched in the “melodic power pop punk” end of the ‘hardcore’ spectrum Gnarwolves are a band with a serious work ethic. They’re forever on the road so it seems weird to imagine them staying in one place long enough to record an album so whether that’ll actually happen remains to be seen! Gnarwolves hook-laden punk songs border on the anthemic at times and the mic grab count at their shows borders on the 100s.

The tracklisting for the album and details re: how to purchase can be found below the video:

You can pre-order the release in the UK through Banquet Records and in the US through gnarwolves.merchnow.com.