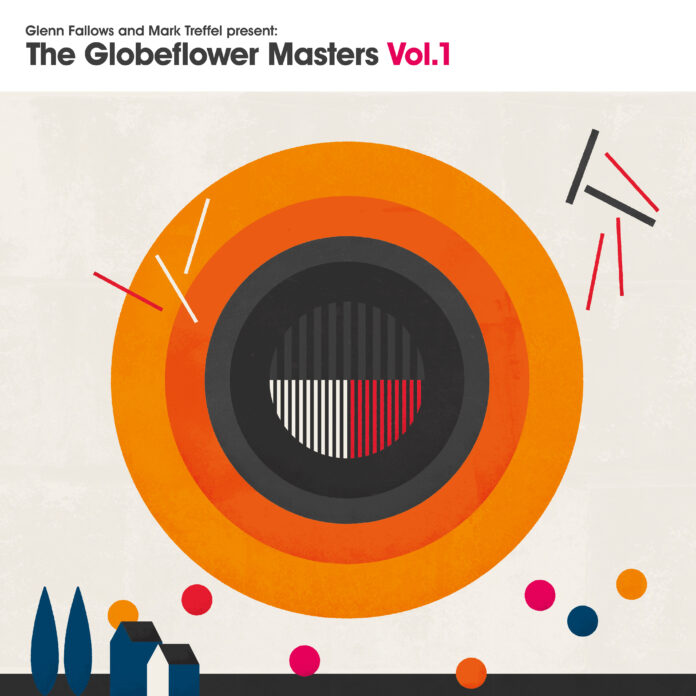 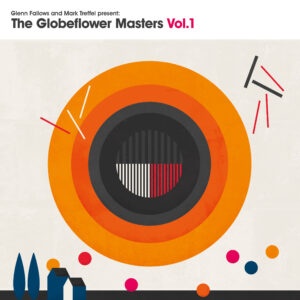 Who loves ya, baby? Brighton-based Glenn Fallows and Mark Treffel have collaborated to bring us a delightful package that evokes the halcyon soundtracks of the sixties and seventies. Gordon Rutherford dons the big cardigan and unwraps another lollipop before reviewing for Louder Than War.

Time has, in all probability, played tricks on my memory. But, for me, the glory days of television were the 1970’s. Colours seemed more vivid, more stimulating and, yes, a little more garish. Wide-eyed, we would watch hard-boiled, world weary American detectives crack implausibly complex cases whilst sucking on lollipops. And those theme tunes. Anyone who ever heard the theme to The Rockford Files will never forget it. Netflix doesn’t come close. Television today (with three exceptions) is a mere commodity, to be consumed the way one would a glass of tap water; sipped and forgotten.

Therefore, imagine my joy when Glenn Fallows and Mark Treffel Present The Globeflower Masters Vol. 1 landed on my turntable. The second the needle hit the vinyl, childhood memories of early Saturday evenings huddled around our rented TV (oh, the destitution) came flooding back.

We have two Brighton-based musicians, Glenn Fallows (The Impellers/Andres y Xavi) and Mark Treffel (Blue States/The Soul Steppers) to thank for this slice of heaven. The inspiration for The Globeflower Masters Vol. 1 is as clear as David Soul’s eyes. Eight tracks, all mini soundtracks in their own right; predominantly reminiscent of late sixties/early seventies TV. And yet, despite that pervasive period feel, at no point does this collection feel clichéd. Quite the contrary; these are a bunch of tunes that are as fresh as the autumn dew.

Fallows has long been a fan of the great soundtrack and library composers, such as David Axelrod, Ennio Morricone, Serge Gainsbourg and Jean-Claude Vannier, and those influences have been detectable in much of his work down the years. For The Globeflower Masters, he wanted to go a step further; to embrace that ambience fully and present it in all its glory. He reached out to Treffel to help augment his vision and the latter’s collection of vintage synths, pianos and sonic toys supplemented the core element of drums, guitar and bass laid down by Fallows. As work progressed, the compositions became increasingly collaborative and what had begun as a Fallows project became very much an alliance.

All eight tracks create their own immersive atmosphere; all paint vivid pictures in your mind. The first two tracks carry that seventies cop show vibe with some panache. Opener, Faith In Time, is a sheer rush, awash with effervescent, chopping strings and scuzzy guitars. It segues magnificently into the more laid back Scene In Roma, which, in my head, is a snapshot from the same imagined TV show. Here, instead of beating up on the bad guys, our cop is enjoying some down time. Fallows and Treffel’s skilful composition encourages us to visualise the fellow moving adroitly around his NYC apartment, preparing dinner for him and his lady guest. He’s much more adept in the kitchen than you might imagine. 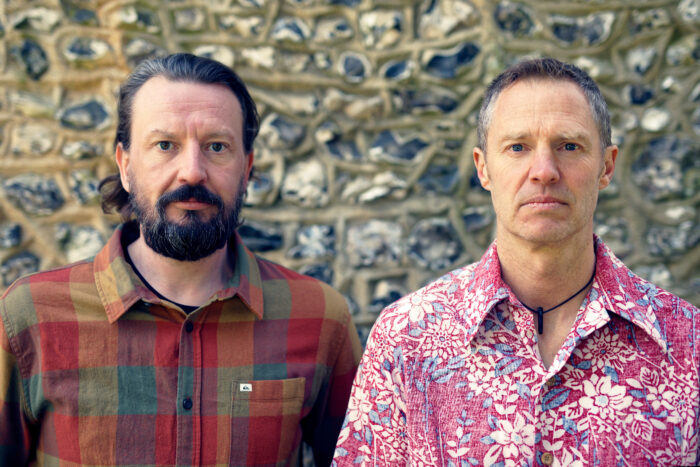 It’s not all seventies cop show vibe. There are the more reflective, Gainsbourg-esque late sixties mellowish pieces like Who Knows When, Hidden In The Pampas and How It Shimmers. The former is led by Fallows’s reverby surf guitar (don’t leap to Beach Boys; this is a slower, more delicate variant) that breezes over the top of his seductive bass line. Throughout the album, those bass lines are integral in bringing each composition to life. Ingeniously, they narrate the story, and this is never more apparent than on Who Knows When. The latter of that aforementioned trio, How It Shimmers, is another one that conjures up a striking picture. Here we have a love story, or, at least, the end of one. I imagine our protagonist sitting in a Parisian café, at the very table they always sat at. He’s looking out of the window to a church. It’s raining, but the rain has a different meaning now.

And then we have my favourite theme – the psychological thriller. Both Fear Me Now and El Ejido carry that sense of mystique. The former brings tension and drama through astute use of pauses and drop outs. Fallows works his hi-hat beautifully, whilst Treffel picks out a tantalising melody that would be firmly at home as the theme to The Twilight Zone. At the core, we have yet another imposing and descriptive bass line. The scene in El Ejido is set by delightful bells, randomly ascending and descending. As more of the instruments join in, it becomes increasingly like an antique music box, mesmerising and tantalising. Halfway through, Fallows introduces his electric guitar to the fray. It’s like the black sheep of this particular family, but beware, because this is unquestionably a wolf in that dark woollen cloak. The menacing prowl is a dead giveaway. The album is closed by its most straightforward (not in a bad sense) track – Arise. It’s a fine finale, one in which guitar and keys combine perfectly.

I’ve talked a lot about the time period evoked by The Globeflower Masters Vol. 1, but it’s important to stress again that this isn’t retro for retro’s sake. As pointed out earlier, at no point does it feel hackneyed or clichéd or kitsch. This is a collection that is absolutely valid today and we should enjoy it as such. The atmospheric and lush tones bring an incredible sense of comfort, like being wrapped in the wings of an angel. Musically, it is fantastic and, moreover, it’s an album on which Glenn Fallows demonstrates his prowess as a producer just as much as he does as a composer/musician.

It’s impossible not to like The Globeflower Masters Vol. 1. It’s perhaps not an album for every moment of every day; more one that you will stick on and listen to according to your mood and the setting. Personally, I love relaxing to its late-night vibe, but the great thing about storytelling is that the receiver will invariably take what they feel they need from it, whenever they need it. As a collection, it’s versatile enough to fill that gap. The one final thing I would say is that it’s an album best appreciated on vinyl. Not that it doesn’t work digitally, because it absolutely does. However, it seems tailor-made for vinyl, with its warmth and authenticity. Who loves ya, baby? I do.