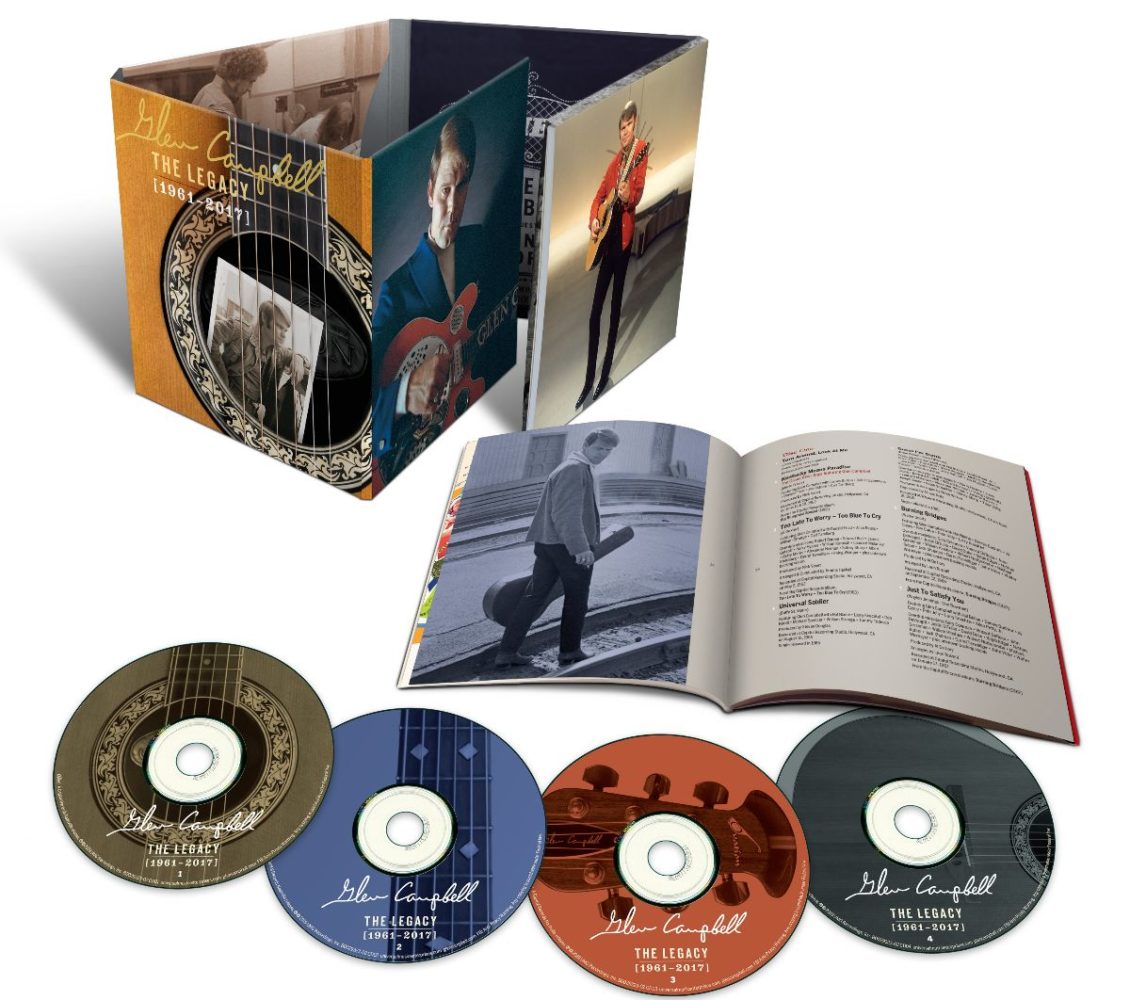 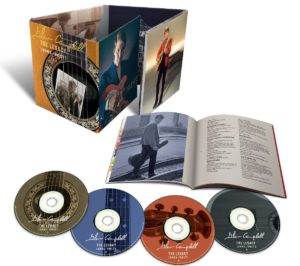 Glen Campbell – The Legacy (1961 – 2017) released via UMC on 21st June 2019 collects a major bulk of works by the Rhinestone Cowboy within this extensively revised box set. Matt Mead reviews for Louder Than War.

Gentle On My Mind, By The Last Time I Get To Phoenix, Galveston, Southern Nights and Wichita Lineman, these and many more songs feature in the impressive back catalogue of this remarkable artist. From Glen’s starting’s as a session musician for the likes of Elvis Presley and The Beach Boys, the career of the Arkansas born boy bloomed throughout the late 70s and early 80s with immaculately written pop hits that launched him into the hearts and homes of every family within the sound of his music and so it will continue to be with this collection.

Updated and expanded, this career spanning set originally released in 2003 has long since been out of print – but now lavishly brought back to the music shelves – 78 compositions feature, with a lavish 60 page booklet, amended sleeve notes by Joel Selvin, who wrote the original sleevenotes. Chronologically compiled it features all the aforementioned hits which catapulted him to Grammy award winning status plus Campbell’s recent workings which saw more thrilling plaudits lauded on the well-loved artist, who sold in his lifetime in excess of 50 million albums.

Comfortably added to the original set are songs that featured in his post 2000 albums: Meet Glen Campbell. Ghost On The Canvas and his final 2017’s Adios, released shortly before Glen’s passing. Notable inclusions are covers of You’ll Never Walk Alone, These Days and Good Riddance (Time Of Your Life). It is with that latter song that we are reminded of what a time Campbell had creating wonderment for his adoring audience to lap up time and time again. With this release his genius will only continue to be celebrated with cheers and praise for many more years to come.

The album can be purchased from the UMC website.