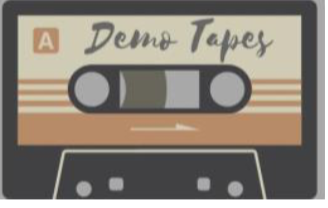 Glasvegas have revealed exclusive details of their forthcoming new album in a new interview with music podcast Demo Tapes.

The Scottish band revealed the title and lyrical themes of the forthcoming record [time – 45:51] in a wide-ranging interview with the podcast’s co-host Rick Martin, which fans can hear on iTunes, the Apple Podcasts app, Spotify and Audioboom.

You can embed the podcast for fans of the band to hear using this link.
The interview also saw Allan reminisce on Glasvegas’ formative years and his transition into rock’n’roll from the world of professional football, along with reflecting on how the pressures of fame and success affected the band.

The interview was recorded before the band played at Hove’s Old Market on Saturday (October 13th) as part of their current UK tour.

The Scottish rockers are celebrating the ten-year anniversary of their self-titled debut album on the 12-date jaunt, which moves on to Cardiff’s Globe tonight (October 16th).

Demo Tapes is a new weekly podcast which takes a nostalgic look at the breakout moments for some of the world’s biggest bands and artists.

Presented by music journalist Rick Martin (ex-NME) and blogger/blagger Sarah Jane Kemp, Demo Tapes features interviews with top bands, their fans, journalists and anyone with a good tale to tell. What was it like being down the front and backstage at early gigs by Arctic Monkeys and The Libertines? How did ‘212’ conquer the world? What the hell was new rave all about? These topics and more are explored in Series 1 as Rick and Sarah go on a rose-tinted ramble down memory lane and rediscover the bands, scenes and songs that made them the people they are today.

Demo Tapes is available on Audioboom, iTunes and Spotify.

Embed the podcast with this link.