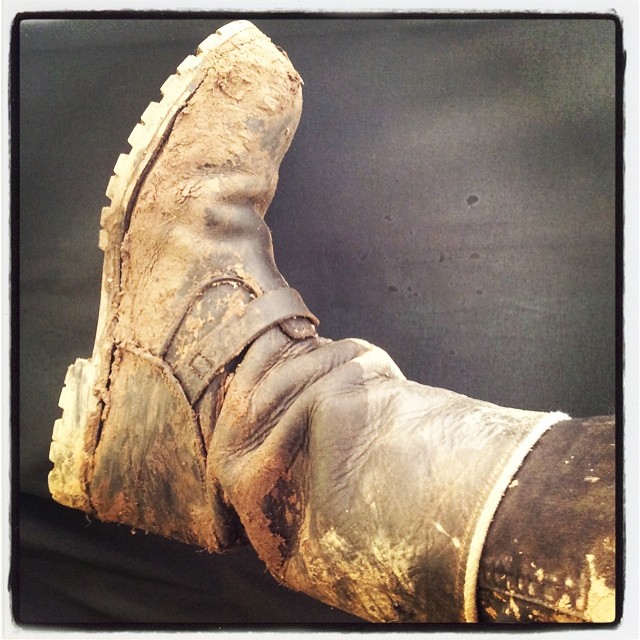 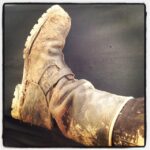 It’s in the mud and weekend madness that people come to find themselves- I’ve often wondered what they find- probably a very muddy weekend semi naked ape who is a bit tipsy from the three day madness. Glastonbury is many things to many people-I hear a couple laughing at their friends who have gone back to their tent to watch the gig on their portable TV because they can’t see anything in the field- it kind of sums up these modern times when the whole live experience has been reduced to an iphone screen and the zillions of selfies popping all over the field almost drowning the bands out- and that’s not  a bad thing!

The festival experience like the digi world is changing – it has to change.  Pop culture was always about technology and fast forwarding into a future that the preceding generation just don’t get. People often complain about pop music/life/Glastonbury not being what it was like ‘in my day’ but that’s the whole point surely? Pop music was always moving to another place a long way away from your own personal idea of it. The golden years were not just a David Bowie song but that glowing period of your youth when everything in the world felt right and jobs/mortgages and stuffy marriages were not the order of the day — no wonder the music sounded better!

There has been lots of groaning this year about Kasabain/Metallica/ Dolly Parton etc not being proper Glastonbury bands- but I’m not even sure what a ‘proper Glastonbury band’ is! The bill has always been fantastically full of anomalies from day one- that was the festivals strength – if it was full of hipster bands or the ‘right’ bands it would be really boring. Glastonbury is where you get to see the unlikely like Dolly Parton – a place where diversity is the key and it was great that a rock band like Metallica was finally allowed onto the main stage – that was the one weak spot in former years and it worked- no-one got deaf, no-one was sick, no one fell over because of the volume- it just felt like another band in the stunning conveyer belt of Glastonbury aural bio-diversity. Maybe the BBC could take note of this as well and rock music will be allowed onto their playlists instead off being studiously ignored.

This is such a huge festival that there has to be something for nearly everyone- maybe they could even have a Curmudgeon Stage where people go to moan about the old days- small tight huddles of people who never went to Glastonbury in the first place complaining about the music/ the food/young people and whether it’s too middle class or not or if the toilets are now too posh and how they miss the eau du human of the old shitters – I would pay to see that.

As the night comes down Kasabian are owning the main stage- you could almost feel certian people willing them to fail- their cockiness in interviews setting them up for the big fall but the band deliver a great set and vamp up the showbiz to enthral the audience. Usually on Sunday people are streaming home trying to find the smart route to avoid the weekend refugee escape but it feels like everyone has stayed and I have never seen the big field so packed. Girls in wellies with flowers in their hair, boys covered in mud and three day drool flounder about doing the mud dance as Kasabain deal their very varied musical backdrop.

The night glows with a happiness- that rarest of commodities and I wander back to Leftfield stage where my plucky little tent is pinned down. It’s getting late and I’m dreading that 6.30 in the morning start. It’s all a bit emotional back there- hugs from Billy Bragg and his extended family around the bonfire. I sleep two hours and wake to the eerie silence of dawn on Monday Glastonbury- it smells of bonfire smoke and the wan light of the rising sun looks magical as the crows chirrup in the background and remind me of mother India with its similar backdrop of charcoaled rubbish and smart and hungry crows making their great racket- I shut my eyes and I’m back in Varanasi and when I open them it still looks like Varanasi and I could swear the ash coated holy men are all around me.

So it’s farewell Glastonbury for another year and back to the real world whatever that is nowadays.