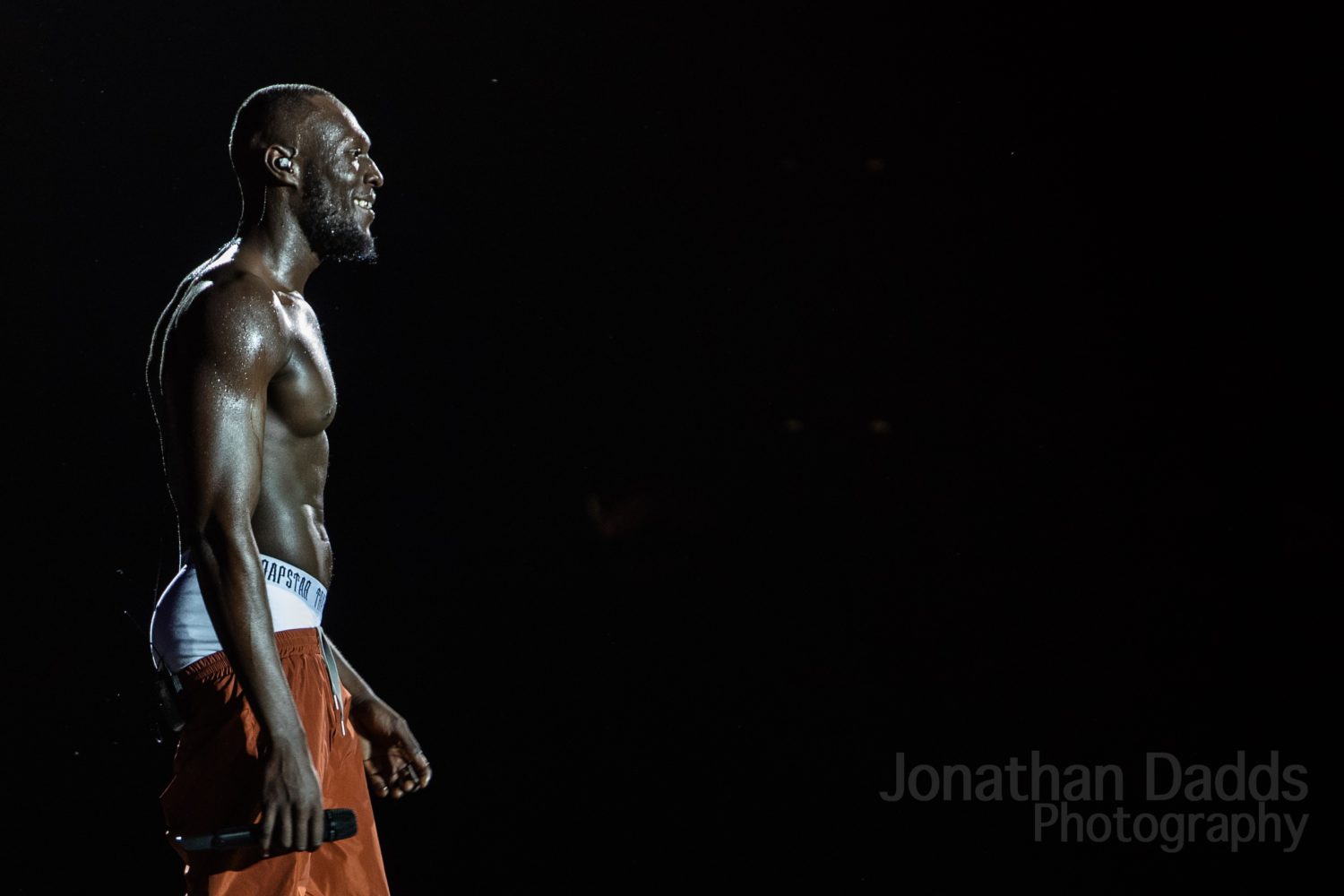 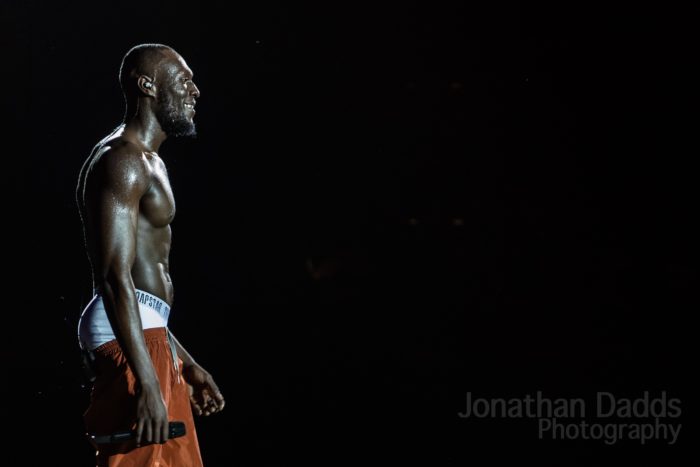 A few words from Keith Goldhanger on his Glastonbury Festival experience 2019.

After 49 years they finally lowered the urinals in the gents toilets. Half the population of Glastonbury have more energy now that we don’t have to stand on tip toes every time our drinking outweighs the ability to sweat it out. There were other minor alterations this year such as: the Goan Fish Stall that had moved a few yards in; Cineramageddon – an outdoor cinema in an area some of us had never visited previously, where you can sit inside any of the cars situated around the screen; and the Park Stage has sneaked a few metres forward thus losing a little bit of the magic it had in the past, but is still the best venue to watch anyone play a show anywhere. Some of the people change year in and year out of course, however we’re here again, the BBC are here again, Chris bloody Martin, Beans on Toast, Mik Artistic, Six by Seven, Too Many T’s, the veterans and the novices, the new bands and the old bands, the goths dressed in black all weekend mixing with the disco queens in the midday sun, and the walking wounded with the fired up table dancers that we walk past at 3pm and 3am losing their shit to Whitney Houston, or pretty much any other slice of music released since the year dot that never sounds out of place around these fields. Conversations about the weather are compulsory every year. This year of course was no different. The perfect Glastonbury is impossible to achieve but the closest achievable was certainly reached in 2019.

Encouraging people to bring their own bottles to drink from was a huge success, getting people to take their litter home was hugely adhered to this year. It was dry so picking up anything was easy without it being covered in mud. It seems as though the days when blokes all seem too lazy to use the official toilets are now long gone too, therefore falling asleep in the nearest hedge came with no early wake up calls. If you wanted water it was easily available, some water points had huge queues, others (sometimes two minutes away) did not. If you needed shade you’d find it, people were happy to nudge along to make room. It was hot, really hot and it was brilliant again. Just as it always is. Worth every minute, every blister, every tenner spent on food, every fiver spent on beer and every sunburned patch where the sun screen didn’t splash.

In the eyes and ears of one or two of us this was the year Stormzy scored a maximum ten out of ten, giving us a much-needed entertaining headline performance.  Fireworks from the start, ballet dancers, kids on bikes doing wheelies, dozens of people on stage, the obligatory flashing lights, a brilliant sound (as was every stage every time we went near one) and the man from South London proved that the bloke from Coldplay really doesn’t need any introduction. A storming headline slot on the Park Stage (after catching Jungle, a bit of The Killers and The Chemical Brothers) by Hot Chip on Saturday night meant we’d danced for 4 hours straight and a Sunday night headlining performance by Scalping (not The Cure) means we can now go the rest of our lives having achieved the dream of losing our shit big time (as the kids say) to this noisy techno outfit from Bristol with just the one single to their catalogue so far. Not all of us enjoyed what we saw of The Cure. After nearly four decades of visiting the same venues this band were playing in, one feels it’s time to move along and allow others to have a look at now. If one or two of us still don’t like them that much after all this time then we never will. Of course there are some that love Robert Smith & co. If you want to know why then John Robb can explain here.

IDLES made us all cry by welling up themselves as we experienced their greatest ever moment, embraced the occasion with arms aloft, voices belting out the verses into the early evening sunset during a gig that we never doubted would happen from the moment we first saw them. Jungle made the sun reappear after it seemed to have set an hour earlier (it was five to nine in the evening), Kylie sang with Nick Cave and the bloke from Coldplay turned up yet again. Six by Sevens‘ guitarist we discovered is the son of lead man Chris Olley, Kylie wasn’t really that great (not convinced she was even singing half the time) and we still can’t make up our minds about Snapped Ankles or Black Midi (who we’re not sure why they were singing half the time).

Fontaines DC pulled huge crowds at whatever stage they performed on. Michael Kiwanuka calmed us down, Life fired us up, Nadine Shah was spotted hanging around on exactly the same square of grass where one of us had seen her two years ago and made us wonder if this is now where she’s been living. The Proclaimers played whilst we slept under a hedge and Amyl and the Sniffers played the most punk rock show we’d ever seen in these fields.

Maggie Rogers got us interested in pop music again, Slowthai burned his feet on the hot mid afternoon stage, called for his sock roadie and was duly obliged. Sports Team continued in their quest to take over the world and Friendly Fires continued to provide us with an hours worth of hard relentless disco to keep our bones from seizing up. Soak were glorious in the early evening sun, The Vaccines continue to be great, Georgia performing on the Park Stage was a delight for those of us who have only recently began to listen to her music. We missed Jon Hopkins again, caught Squid for the second time this year, forgot Heavy Lungs were appearing, weren’t told Foals were playing, weren’t allowed to see Basil Brush without any children with us and couldn’t be arsed to go and see The Damned or find out where Sleaford Mods were playing. Yola sang us a faultless version of Goodbye Yellow Brick Road (one of our highlights of the weekend) and we missed loads more (breakfast, dinner, meeting up with our mates, sleep) because we simply couldn’t be in two places at the same time.

There were bands we’re still investigating the names of; the Gospel Choir Techno band, the woman whose tunes seemed familiar whilst we sat down to eat our twelfth bucket of chips, the African drum ensemble, the jazz bands, the pop stars with tunes that everyone else seemed to know all the words to, and we casually skipped along the perimeter paths as Tame Impala, Janelle Monáe or Dirty Freud performed whist we were aiming for something we knew we wanted to see even more desperately than what was right in front of us at the time.

Year after year the quality of acts on display are from the highest order. This is a weekend to see what it is that makes these performers so popular, our own Top of the Pops without the cheesy presenters (although official introductions to each band wouldn’t hurt, especially for those of us who had left our schedules in the tent).

Glastonbury is the greatest show on earth, we still have a list of the bands some of us would have liked to have seen on the bill this year but that’s just us getting ahead of ourselves. To guide those of you who couldn’t stand the idea of five or six days in these fields, the aim that at least one of us has on these pages is to provide you the reader with early introductions to these bands before these occasions in vast fields happen. We’ve been correct with the bands we’ve expected to be here on many occasions and I’m sure we’ll be able to throw more recommendations before the next one. These bands haven’t just climbed aboard the lucky wagon – they’ve grafted hard, turned up in your town and probably even performed for free whilst the inhabitants of your town were all indoors watching Love Island or you yourselves were still suffering from another gig you’d been attending the evening before.

Stay tuned before the next Glastonbury Festival and we promise you’ll get the chance to witness some of the future performers a year or two in advance.

The ones we’re already moaning about not being here this year.

Thank you to Jonathan Dads for the Stormzy photo – More pictures from Jonathan here.