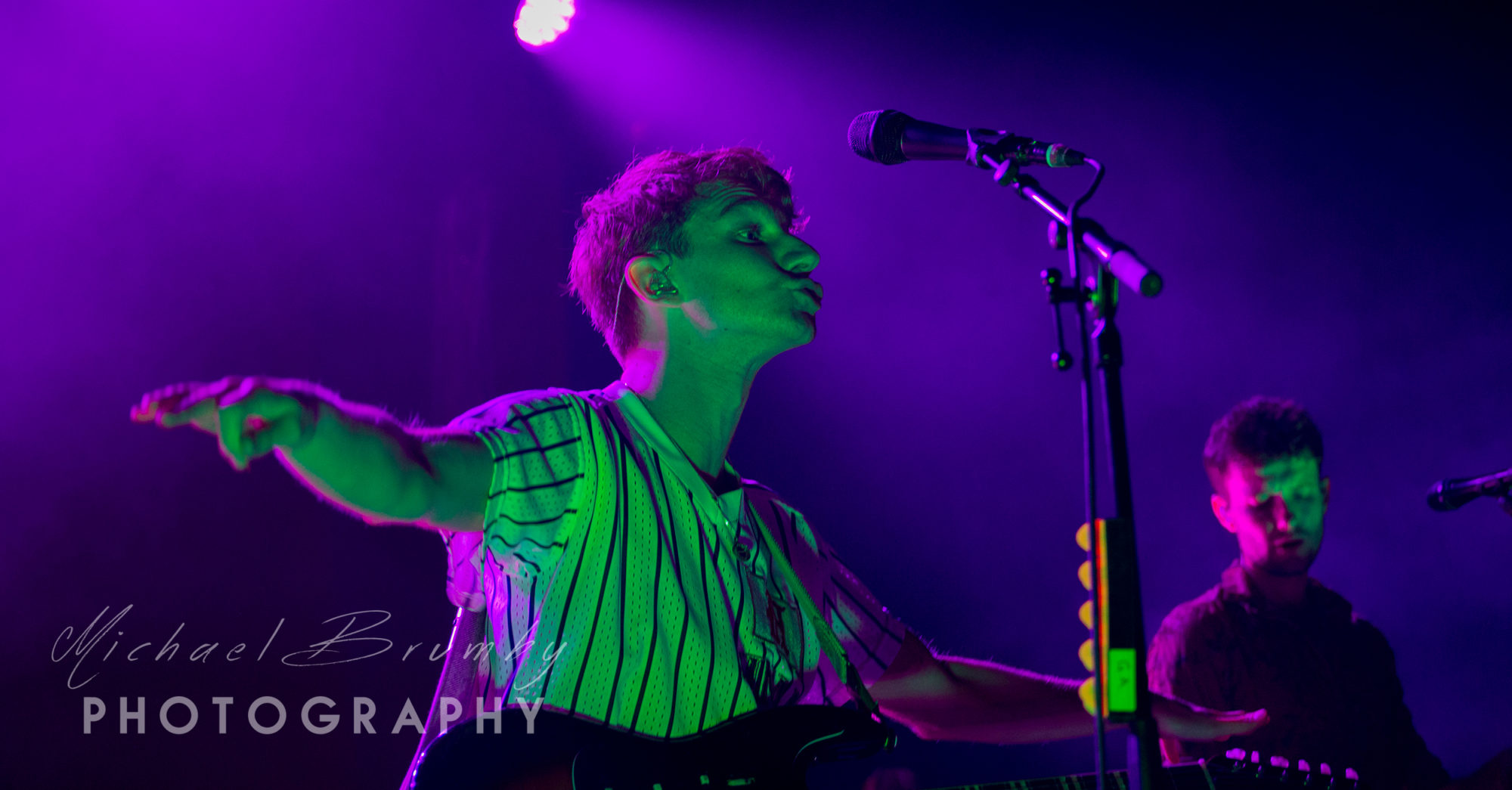 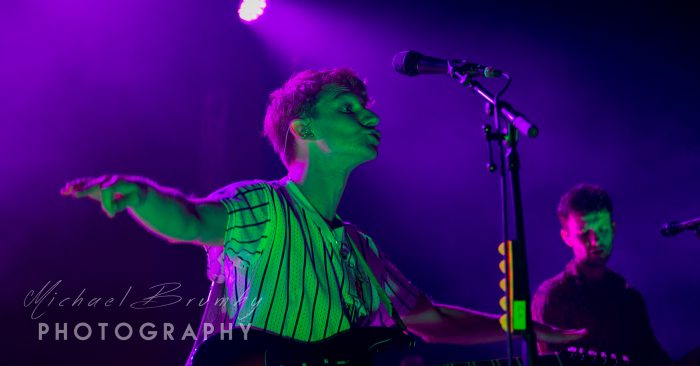 As part of their world tour Glass Animals stop off in Bristol. Photography Michael Brumby stands in for reviewer Philip Allen.

Glass Animals, as part of its worldwide tour, hit Bristol and the fans turned out in droves. Glass Animals has a reputation for its unique sound and it would be hard to find any other band to compare, that in mind I was curious to see who they had as their warm up band.
The opening act was Roosevelt and they did a great job capturing the audiences attention with their synth ’80s pop style vibes, with equal emphasis on the keys vocals and bass, they gelled together perfectly. A suitable warm up for the performance to come.
So as the set got dressed into some trippy desert scene, the audience stayed glued to their spots not risking losing even an inch of their position. Glass Animals took to the stage lead by lead singer Dave Baley, a huge roar bellowed from the hundreds of adoring fans. With orange hue the show began and they did not fail to disappoint, crossing a range of well known tracks and some not so much. They nailed every track and the audience loved every minute. The lighting matched each track with precision, (full credit to the lighting guys) especially during the song Black Mambo the lighting matched the very essence of the track slow dark and progressive more energetic.
As the night drew on, the audience didn’t lose their passion still captivated by each track, even though they had kept their crown jewels and most popular songs Gooey and Pools till the very end. Gooey hit second to last which drew the audience into a craze, then in true style they finished on Pools to really send the audience home buzzing.
Before this gig I wouldn’t have thought that Glass Animals would have translated to live stage performance with ease, as their music is more suited for film or a more intimate setting like a hipster coffee shop, but after seeing them in the glory of Bristol’s O2 I would have to disagree with my previous unenlightened self. They were outstanding live, one of the tightest bands I’ve seen in a while.
To put it simply these lads are amazing at what they do, go see them if you get a chance, even if you do end up spending half the set with your eyes closed swaying to their hypnotic melodies.
~
Check out their website here or find them on Facebook and Twitter.
All words and photos by Michael Brumby. Check out Michael’s photography portfolio here.