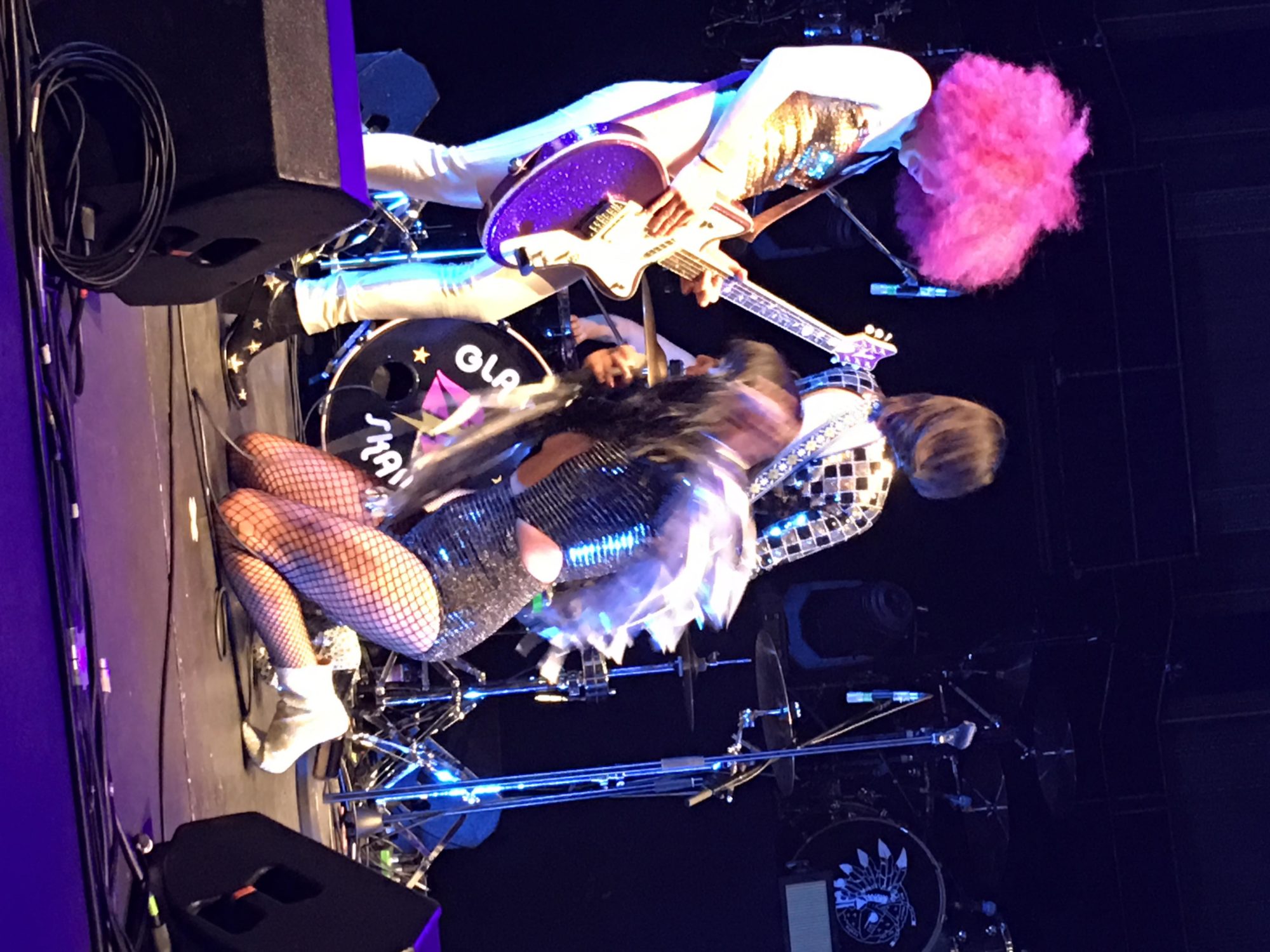 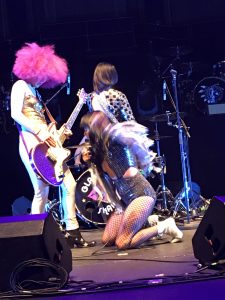 The Glitter City, all girl Hollywood sensation The Glam Skanks, supporting Adam Ant’s UK Anthem tour, rocked the stage of the Royal Albert Hall, with their sparkling persuasion and their glistening musical talent. Louder Than War’s Helen Shapiro reviews them for Louder Than War!

After an outrageously successful North American Kings of The Wild Frontier tour with Adam, the girls quickly won the hearts of the UK fans as well. From the depths of the balcony I heard a loud and distinct, “We love you”, shouted from beyond, in the midst of a song introduction by lead vocalist Ali Cat. The vivacious and effervescent front woman sang  loud and clear, and danced about the stage as if she owned the world. Guitarist Veronica Volume played sassy riffs, as her  fluorescent magenta hair, lit up the venue. Millie swayed about the stage, playing hardcore, rock n roll bass lines, and drummer Cassie pounded those drums as if humanity depended on it.

Their music from their album, “Glitter City”, is a mix of punk, with a  70’s flair and a 2017 attitude, ranging from songs entitled, Fuck Off, to Teenage Drag Queen, to Karma. The colorful, glittery and glamorous group filled the venue as they played, usually a hard task to achieve for an opening band. Ali Cat’s welcoming, humble and friendly vibe caught the  attention of the crowd almost immediately.

They all dressed in alluring fashion, seductive undertones, and magnetic design, as the glitter they brought with them overtook the platform. After their showcase the fun contained as they did a free for all meet and greet, taking pictures with the fans, signing autographs, and almost anything else a fan requested. The merch they displayed was practically eaten up by the fans, and the fit if their T-Shirts are incredible. They remained in the venue until every last fan had a chance to hang with them, and we’re happy to do so.

Ultimately, the Glam Skanks proved a mighty support group for the ostentatiously, exuberant, Prince Charming, and a poignant choice for The Royal Albert Hall. After the tour ends, the girls will be doing some of their own gigs including, The Camden Rocks Festival. They will be performing at the Monarch at around 5:30. If you’re their make sure to check them out, they will win your hearts!