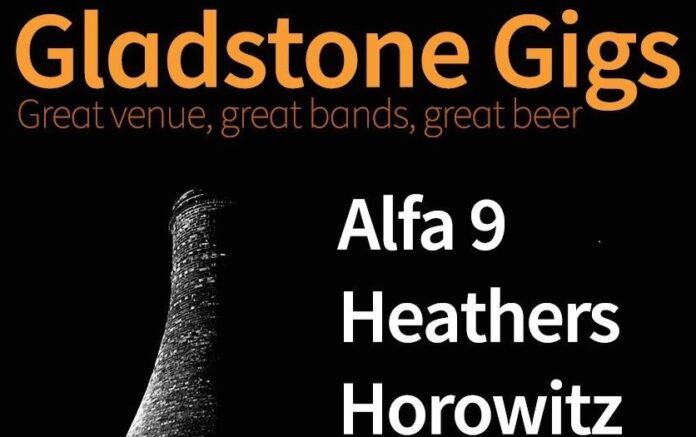 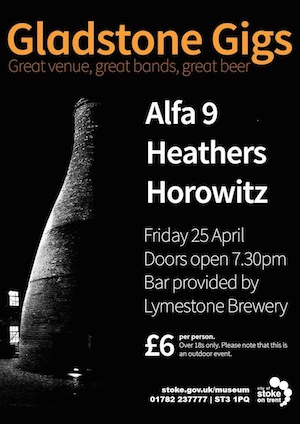 Nestling sleepily between the giant twins of Manchester and Birmingham, Stoke on Trent qualifies as one of England’s most overlooked cities. Like a North Staffordshire Detroit, it’s a former industrial powerhouse whose principal industries upped sticks in search of cheaper labour overseas. There must be university courses examining the phenomenon of post-industrial malaise, and Stoke would be the perfect case study. It’s not all bad news, though. Like the Motor City, the Pottery Towns (there are six of them in the city, if that makes any sense) have, in their own small way, made a vital contribution to the musical gaiety of the nation. Alright, Robbie Williams is hardly on a par with Tamla Motown, but Lemmy and Slash both spent formative years here, and the truly legendary Discharge emerged from Stoke in the late seventies to radically influence the development of both punk and metal worldwide.

And, on the quiet, the Stoke music scene has continued to tick over, with plenty of fine bands reaching local hero status without quite tipping over into the national spotlight. Yet. Gigwise, the Sugarmill has been a well-regarded stopping off point on the small venue circuit for years, although the bigger acts don’t tend to bother leaving the M6 these days, in their hurry to get from London to Manchester. One interesting recent development, however, is the experiment with holding live music events at Gladstone Pottery Museum in Longton, essentially a preserved Victorian pottery factory that’s much loved locally and much admired by those who’ve visited it from around the world over the last forty years. Declaration of interest: I work there, but don’t let that put you off. The old factory courtyard, dominated by four enormous bottle ovens, is a wonderfully dramatic setting in which to watch a band perform, especially after dark.

It won’t have escaped your attention that there’s been something of a squeeze on public spending lately, and museums around the country are all struggling for funds. Now gig nights per se aren’t necessarily a money-spinner – any promoter can tell you that – but the Gladstone Gigs initiative is more about seeking out new audiences and attracting people who might not otherwise pass through the portals. Finding new ways to justify your existence, in a nutshell.

I’m happy to report that the first gig was a tremendous success. Local favourites Camp Stag and Moscow were joined by Moitessier, playing their first ever live show. The audience of over two hundred included fans of the individual bands but also a pleasing number of people who clearly just liked the idea of enjoying some good music in such an atmospheric arena, with the added attraction of some great real ales courtesy of the local Lymestone Brewery. Thankfully the fact that the event took place in December didn’t put the punters off. There was quite a bit of jostling to get near the braziers though.

So we’re doing it all again in April. Friday 25th April in fact, and this time the line up’s gone international. Headliners Alfa 9 rock a cool line in Byrdsy 60s psychedelia and they’ll be joined by Los Angeles indie trio Heathers, whose second single Fear is currently getting plenty of attention. Completing the bill are local indiepop survivors Horowitz, so if you fancy hearing three great bands in a genuinely unique setting, make it a date.

Tickets are £6 and available from the museum on 01782 237777 or at local record stores Music Mania and Strand. See you beneath the bottle ovens!

More details about the show can be found at Stoke Museum’s Website: stokemuseums.org.uk/visit/gpm.

There is a Facebook page for this event here.

Bands mentioned in this piece can be found at the following sites and social media – Camp Stag, Moscow, Moitessier, Alfa 9, Heathers, Horowitz

All words by Glenn Airey. You can find more of Glenn’s writing for Louder Than War here or follow him on Twitter @GlennAirey