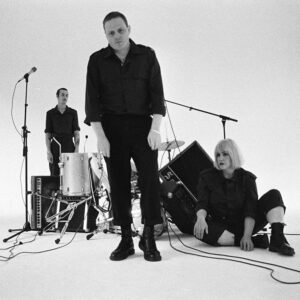 Girls In Synthesis have just announced the forthcoming album “Pre/Post: A Collection 2016-2018”.

The album, to be released via Louder Than War Records (Buy) on the 5th April 2019 is a compilation of the bands first four releases; from the download only ‘Mound’ EP and to include each of the bands three 7″ EP’s ‘Suburban Hell’, We Might Not Make Tomorrow’, and ‘Fan The Flames’ all of which were released via Blank Editions.

Each of the EP releases sold out on pre-order, and now trade hands on collector sites including Discogs for up around £30 a for copy of each.

A three piece made up of John Linger (Bass & Vocals), James Cubitt (Guitar) & Nicole Pinto (Drums), Girls in Synthesis have been described by Echoes & Dust magazine as “a jarring, adrenalised version of life in Britain and every band that’s made you feel alive.” whilst our own Amy Brittan declared them to be “a truly exciting, exhilarating assault on the senses”.

Clash magazine having heard ‘The Mound’ declared them to be “Feral, No Wave antics sluiced through a penchant for live Suicide recordings, it comes backed with some uncompromising visuals.” 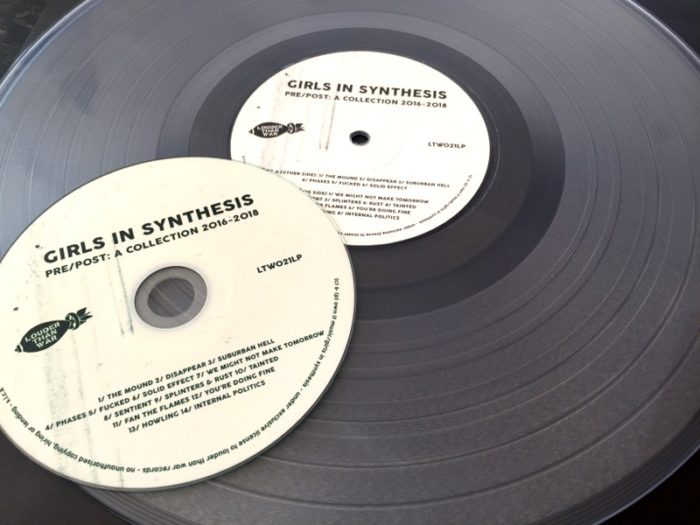 “Pre/Post: A Collection 2016-2018” has been entirely remastered for the release, which is presented on clear vinyl, with a bonus CD edition, and download code; the album is housed in a hand numbered poster sleeve, and clear bag in a limited edition pressing of 300 copies.

To support the release the band have announced a short tour, in addition they have been confirmed to appear at the 2019 Rebellion Festival. 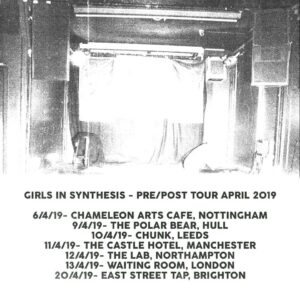 “Pre/Post: A Collection 2016-2018” went on pre-sale on the 1st March, to date 2/3 of stock has been sold; the album is available direct from Louder Than War Records.

If you want a copy, we suggest ordering as soon as!