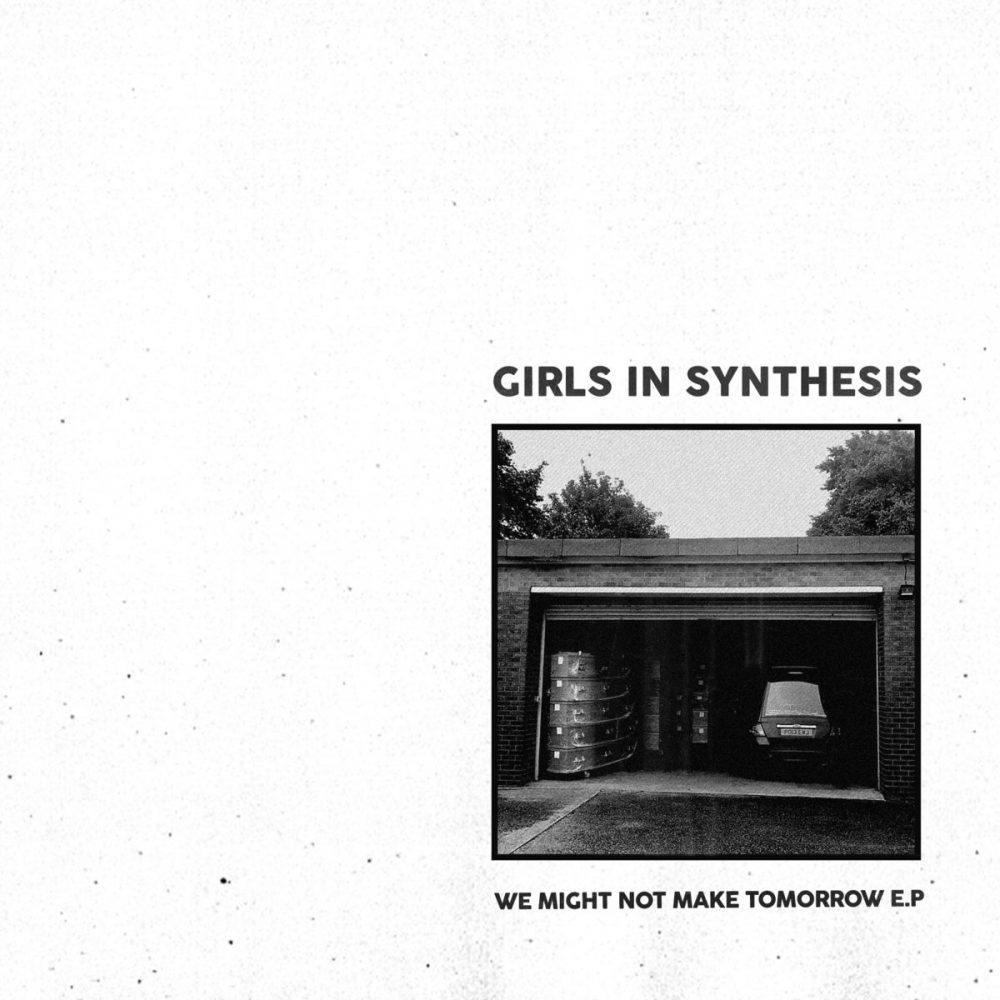 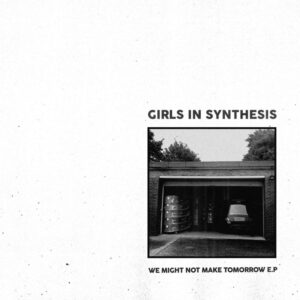 Back at the end of October I reviewed Girls In Synthesis “Suburban Hell”, EP, the incendiary blaze of a band truly setting out to make their mark. In the few months since then, they have progressed even further, with their new EP “We Might Not Make Tomorrow.” The primitive nature of “Suburban Hell” has evolved into something more multi-dimensional while losing none of their raw power, driven by dynamic rhythm sections (Nicole Pinto’s powerhouse drumming underpins the sound throughout) and intense lyrical themes. Where “Suburban Hell” spat about the small worlds of domestic small-town thinking, “We Might Not Make Tomorrow” deals with bigger themes such as nuclear war and mankind’s arrogance over nature, in a supremely confident fashion. With vocal duties split between songwriters Jim Cubitt and John Linger, the result is more subtle and complex than previous works, yet also full of even more bite and vitriol than ever before. Here, Linger and Cubitt talk me through the EP in an exclusive track by track preview.

JOHN: Lyrically it speaks of the (once again) current real threat of nuclear war. I grew up in the 1980s and have vague memories of the end of the Cold War. I guess musically you can hear the influence of the 1980s anarcho punk in our songs, so I was concerned that adding lyrics from the same ilk would make it sound like a parody. But I tried to avoid the well intentioned sloganeering of that time,  and I think that we’ve come up with a more original take on the subject.

JIM: A moment of seething hatred spat out onto the page. A no-holes-barred assault towards those who assume the human race takes precedence over the natural world. It’s a real stomper… a real collaboration between John and myself.

JOHN: One of my faves off the E.P… Jim’s initial lyrics were very, very inspiring. I added a couple of verses and we got a real split projection of our collective anger. The drums and bass drive this one so much. It’s probably what I would consider an archetypal GIS song. 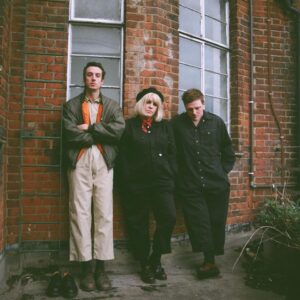 JIM: Lyrically its’ a story of loss, reflection, nostalgia and the desire for the past to be revisited. It’s simple at its core, carrying no over-arching message, but an atmosphere of the longing for what once was.

JOHN: This was an early composition that we’ve been playing for a year or so. It was the second song Jim wrote for the group… I never knew what it was about until I read the lyrics. There’s a lot of despair in the song. Musically, it contains one of my favourite musical bits in the outro with the overlapping vocals.

JIM: This track encapsulates the momentum and progression of our sound. Showing a clear marking point of where this band has come from and where we intend to go. It perfectly presents the idea of the ensemble. Of one voice. Of one message, communicated through all of us. Lyrically, it speaks of disappointment of a nations gullibility….

JOHN: The gestation period for this song was the longest of any we’ve done, but there was enough vitality to make it work. Again, lyrically Jim’s initial words were inspirational so I added the spitting end verse and outro. This has become a real live fave, both for us and the crowd.

“We Not Make Tomorrow” is released on 29th May 2018, with pre-orders available now from here: Bandcamp

The band can also be caught live on the “Blossoms Forth” spring tour on the following dates:

Words by Amy Britton. More can be found at her archive www.louderthanwar.com/author/amy-britton or via twitter @amyjaybritton. More photography from Bea Dewhurst can be found on her Instagram @starr.snaps