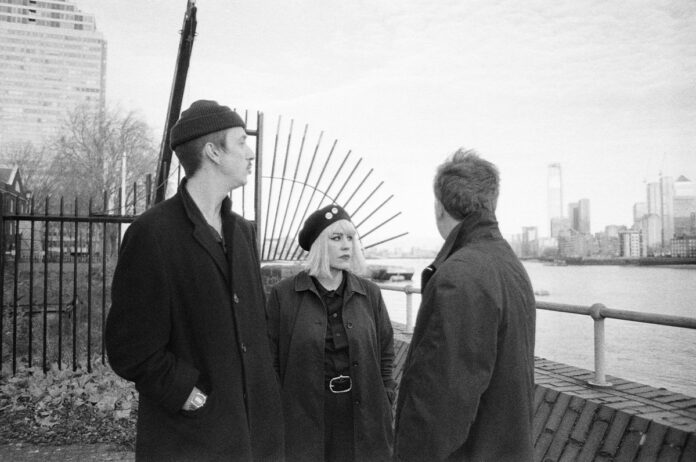 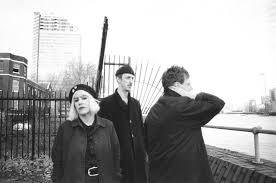 Amy Britton checks out the new song and video from Girls in Synthesis, They’re Not Listening.

Its safe to say there that now is a good time for music to feel brutal, full-on and foundation-shaking, and one of the most anticipated debut albums of the year for this is without a doubt Girls In Synthesis’ Now Here’s An Echo From Your Future, released later this month.

I won’t give away too many spoilers, but I can safely say that the album does not disappoint.  (Previous EPs, projects and of course their well-noted live show make expectations high.) While you are waiting in anticipation, they’ve already given us a well-representative taste of what’s to come with the freshly-announced release of a dizzyingly brutal new track and video, They’re Not Listening.

They’re Not Listening is brimming with political charge and dissent. There is, of course, obviously no question of who the “they’re” of the title is – the trio reflect the anger of a nation. Lyrics about the games they play as a distraction burn with Situationist ideology; the band breaks through barriers through of spectacle both with their politics of their lyrics and the blunt straightforward drive and their sound and aesthetic. The pounding, absorbing sound and feel of the record is a short, sharp blast of ire. This is something  enhanced by the pared-down monochrome and heady lighting of the accompanying video. But don’t just take my word for it. Go watch and listen now…

They’re Not Listening is out now on Harbinger Sounds. It can be streamed or downloaded, or preorder the album Now Here’s An Echo From Your Future here.