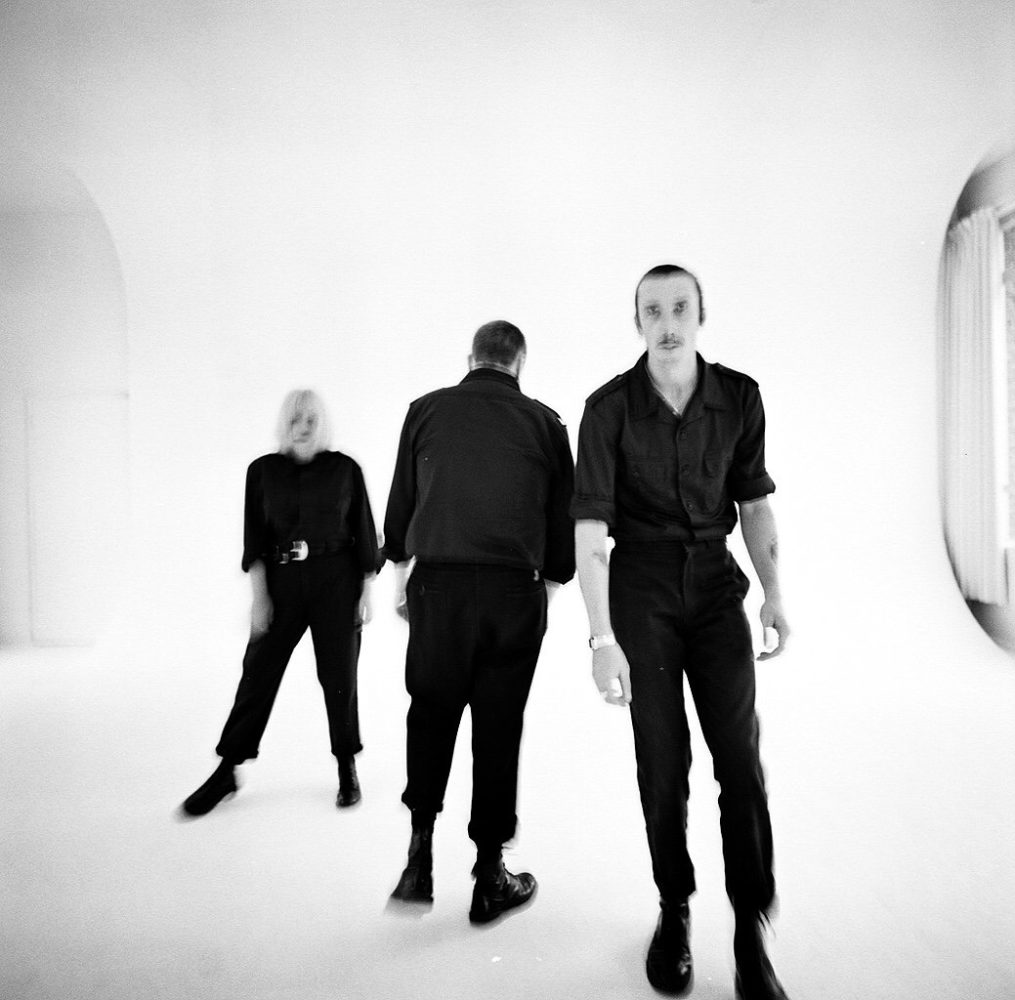 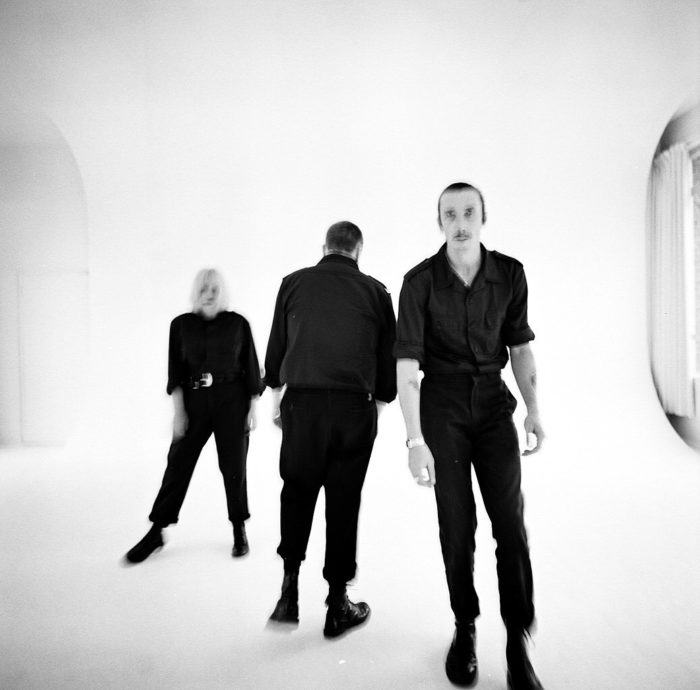 Art-Punk? Anarcho-Punk?  Whatever GiS are, they are a ferocious, intense proposition and not for the faint-hearted.  Ged Babey picks his head up off the floor after listening to highly inflammable EP Number 3.

‘As long as the music’s loud enough, we won’t hear the world falling apart’

Sometimes you have to overstate the case or no-one listens.

Girls In Synthesis are frighteningly intense. They look more like a terror cell than a rock group. (Remember ‘Germany had Baader Meinhof,  England had Punk Rock’?…)

GiS are musical ‘Marmite’.  (You’ll either hate them or you’ll fuckin’ hate them.) Too art for punx and too punk for art-school-kids.

GiS should scare the shit out of you.

GiS are Metal Machine Music played by the Varukers.

GiS care about the aesthetics of vital rock music and politics of dread.

GiS are the latest evolutionary development in ‘punk rock’. They care so much that they don’t care any more.

GiS are Crass and Childish – in essence and inspiratorially. (I can make up a word if I want…)

GiS  sound like Alternative TV and Wire at some points on this EP – but only if their records were being played  on a meat-grinder at an abattoir instead of a stereo. ( That doesn’t make sense. Fuck Off!)

GiS think the crew cut and thin moustache is a good-look (Not for the drummer obviously).

Is Post-Idles ‘a thing’ yet?  If it is then GiS are not it.  If they had a motto it may well be ‘Hate Is All’. They would scrap that though as it sounds too ‘flirting with fascism’.  They do embrace an image of Clockwork Orange type blank-hatred though… the boiler-suit and DM’s is not a markedly marketable image.

EP1 was Suburban Hell. Ep2 We Might Not Make Tomorrow . This is EP3. 4 songs: Fan the Flames / You’re Doing Fine / Howling / Internal Politics.  (There was a single – the Mound / Disappear before that, which was good and an in-Dub EP which was the migrane-inducing sound of a nervous breakdown -in dub. )

Amongst the piercing guitars, pounding drums and harsh, spitting vocals, the E.P finds time to include improvised, spoken word poetry and groove-based sparseness on “Howling” and “Internal Politics”, respectively. The title track lyrically looks at the dichotomy of moral and political beliefs while “You’re Doing Fine” deals with self-doubt and anxiety.

With the tour warm up show selling out in 1 day, forthcoming dates include sold out dates with with Fat White Family side-project Warmduscher and with Pigs x 7. Their longest tour to date, the dates will see the band take their new set on the road and unleash their uncompromising stage show across the country.

GiS are just brilliant.  Intensity and Class Warfare in complex/basic songs.  A cottage industry making limited edition artefacts for the few who care.

GiS are fighting a loosing battle, but winning on their own terms.  They are the very best band they can be, And that is all that matters.

GiS make me feel dizzy, euphoric and like I am 16 again for the length of that particular song.  Then I am deposited back in 2018.