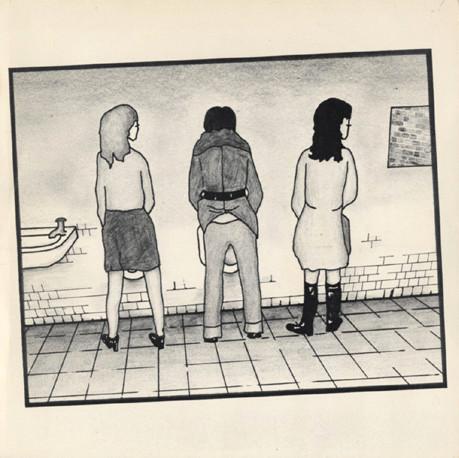 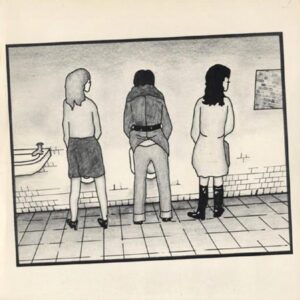 Girls At Our Best! – Getting Nowhere Fast / Warm Girls

With Delta 5’s Mind Your Own Business playing on a TV ad most nights perhaps the time has never been more right to revisit and reissue absolute ‘lost gems’ like these.

From 1980 and 1988 respectively – very different in sound but similar in that both bands were lead (rather than fronted) by talented, clever women who wrote political songs tempered with wit.

In 1980 post punk pop indie band GIRLS AT OUR BEST came out of nowhere (Well, Leeds actually) with GETTING NOWHERE FAST and was the NME’s Single Of The Week reaching the Top 10 of the indie chart. The band, fronted by Judy Evans, released four further singles plus the album PLEASURE which reached the UK album charts in 1981, before splitting up two years after this debut.

I can’t tell you how much me and my gang of 16 year old mates loved the Getting Nowhere Fast / Warm Girls single when it came out.

Sharp (early) Banshees type guitar and post-Buzzcocks pop-punk dynamics and a singer with a distinctly English well-enunciated voice. They sounded like the future of ‘intelligent tuneful punk’ up against the grittier roar of Discharge.

“I ski and I ride, and my fiancee and I love to travel, all the girls are so friendly. We do enjoy this life so much, we’re all such wonderful friends. And I love mental children…”

Sounds a bit strange in 2021 but I’ve always read it as mocking and parodying 1970’s TV Miss World contestants, when they had thirty seconds to tell the audience about themselves and their interests, establishing they had a ‘winning personality’ as well as ‘good looks’.

Girls At Our Best were as adept at scathingly sarcastic feminist comment as making thrilling accessible music.

Getting Nowhere Fast the choppy a-side was later covered by the Wedding Present. Who were brand-leaders of C-86… as were, to my mind The Siddeleys who formed in the fabled ’86. lead by a woman called Johnny. 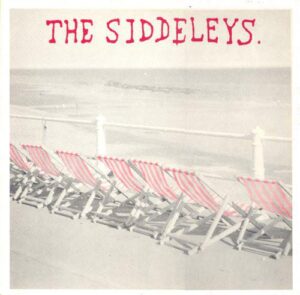 More of an EP, there are four songs on this reissue: Sunshine Thuggery, Are You STILL Evil When You’re Sleeping?, Falling Off My Feet Again and Bribes And Bruises.  All beautifully bright-eyed tunes and dark poetic lyrics.

Appearing for the first time on an officially released 7″ The John Parish produced Sunshine Thuggery EP (1988), caught the ear of John Peel who invited the band to record a session for his programme. Peel commented “the woman who’s in charge of the band has a terrific way with words in almost the manner of Morrissey There are lines in here which make me laugh out loud”.

There is something very wonderful about the matter of fact way that singer Johnny Johnson sings: I want to trample on you / I want to make you suffer / I want to kick your teeth in… before a perfect but brief guitar solo.

Sunshine Thuggery is a total classic with its ‘I’ve got a bit of a thing about you’  refrain, the Orange Juice guitars, the June Brides trumpet, right down to it’s perfectly self-descriptive title.

I saw the Siddleys live in ’88 or ’89, and remember then being among the very-best bands of their ilk.  Just too perfect to be compromised into being a malleable commercial proposition I imagine, but they should’ve been mainstream ‘stars’. But in the Indiepop underground they were adored.

Both these singles really are gems. Ten outa tens.

Buy both singles from here