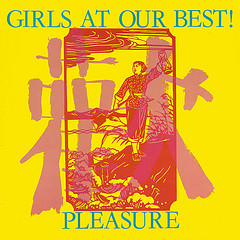 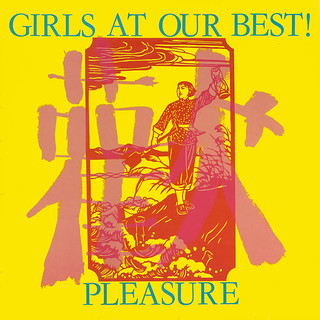 Occasionally, in amongst all the label press releases, tour news and general bigging up of bands a news item arrives at Louder Than War Towers that really excites…early today I opened an email from Optic Nerve Records to discover that they are set to re-release the classic Girls At Our Best album ‘Pleasure’

The album has been unavailable on vinyl since 1981, and this release will include 6 bonus tracks plus printed inner sleeves, containing both lyrics and photographs.

All copies also include a ‘Pleasure Bag’.

‘Pleasure’ is set for release on the 29th September, though when I last looked it seemed just 100 copies remain for pre-order.

In April 1980 post punk pop indie band Girls At Our Best came out of nowhere (well, Leeds actually) The band took its new name from a line in their track ‘Warm Girls’, which first appeared on their self-financed 1980 debut single coupled with ‘Getting Nowhere Fast’ on their own Record Records (Cat No.RR1). The song reached No. 9 on the UK Indie Chart, and was followed up by their second single, ‘Politics’ c/w ‘It’s Fashion!’, also initially released on Record Records (RR2), but picked up by Rough Trade Records, reaching No.12 on the Indie Chart.

The band, fronted by Judy Evans, released four further singles plus the album ‘Pleasure’ which reached the UK album charts in 1981, before splitting up two years after that first record.

Girls At Our Best were one of the finest, most life-affirming of a new breed of independent bands that cropped up at the turn of the 80s – long-standing fan John Peel once referred to them as one of the few groups that made the period bearable. Formed in Leeds from the ashes of punk band SOS, the group were fronted by distinctive female vocalist Jude ‘Jo’ Evans, forming a song-writing team with guitarist James Alan and bass player Gerard Swift after they met at art college. 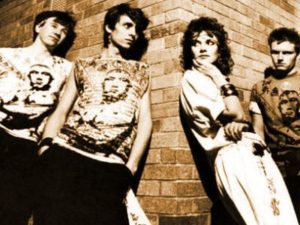 All four of their singles for their own Record Records, Rough Trade and Happy Birthday Records are included here as bonus tracks on a 45rpm 12” including the wonderful ‘Getting Nowhere Fast’ (later covered by The Wedding Present on their ‘Anyone Can Make a Mistake EP’.), its coruscating B-side ‘Warm Girls’, ‘Politics!’, ‘Go For Gold’ and ‘Fast Boyfriends’

Their influence can be seen on innumerable C86/indie bands that came afterwards.

A1 Pleasure
A2 Too Big For Your Boots
A3 I’m Beautiful Now
A4 Waterbed Babies
A5 Fun-City Teenagers
A6 £600,000
B1 Heaven
B2 China Blue
B3 Fast Boyfriends
B4 She Flipped
B5 Goodbye To That Jazz