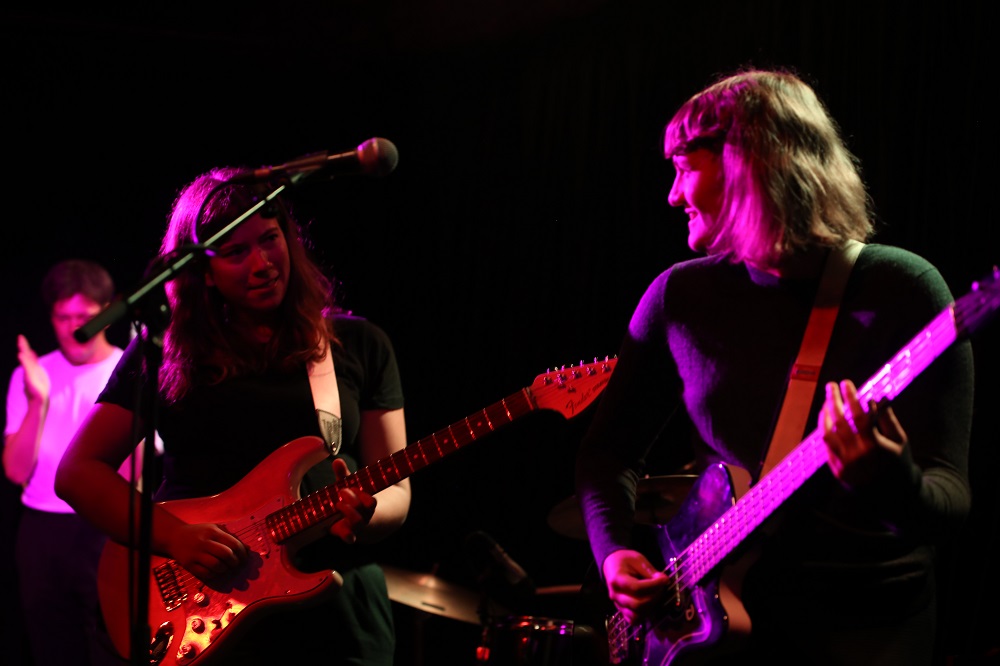 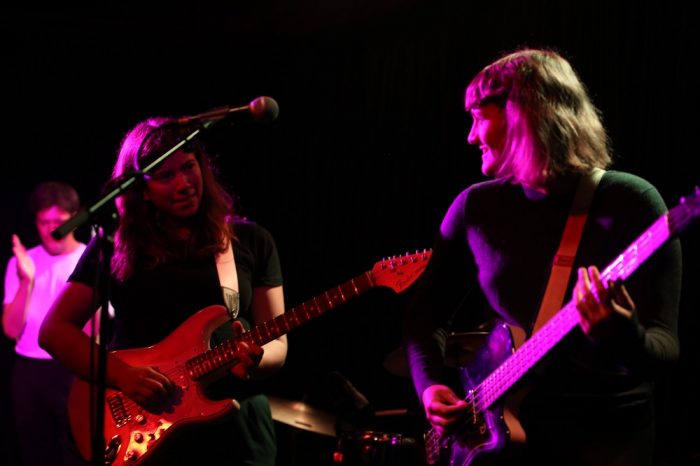 It must be a headfuck to be one minute thinking about which UCAS offer to accept, and the next being one of the darlings of BBC 6Music, but that’s what happened to North London trio Girl Ray.

You might think all that adulation – and being signed to uber trendy label Moshi Moshi – might have turned the heads of Poppy Harkins, Iris McConnell and Sophie Moss, but this charming set suggests they have kept their feet on the ground.

With their debut album, Earl Grey, about to be released this 14 plus gig was a mix of their core teen audience, and parents who had been dragged along, who all seemed to be enjoying the show albeit in very different ways.

They wisely kick in with the deceptively jaunty Stupid Things, which is all about having an unhealthy crush on someone, which goes down well with the kids who are living this, and brings back memories for the older fans who can just about remember what unrequited love feels like.

The thing that brought the trio together was being the outsiders at school who liked odd bands in an age of crap pop acts like Beiber, and designer labels. So tunes like Ghosty and Don’t Get Back At Ten chart that indie Breakfast Club mentality much to the delight of the teens who by virtue of the fact they are here – and not at a Little Mix gig – are part of the Girl Ray gang.

I’ll Make This Fun has a Velvets vibe, which is a nice change of pace, but for some reason they throw in a cover of Neil Young’s Harvest Moon, which although nicely played seem incongruous. A dollop of country rock didn’t fit with the angsty tone of their songs, and the power of new song Rock Out only underlined that.

They saved the best for last as Trouble is a magnificently catchy pop tune as all three harmonise around the devilishly good chorus as only good friends can.

Some bands championed by 6Music are ridiculously overhyped, but Girl Ray deserve their success because they can knock out good pop songs, but most of all because they have managed to avoid becoming assholes. The young woman who was attending her first gig will attest to that after they dedicated a song to her celebrating that important rite of passage for all true music fans.

All words and images by Paul Clarke. More from Paul in his Louder Than War archive here.