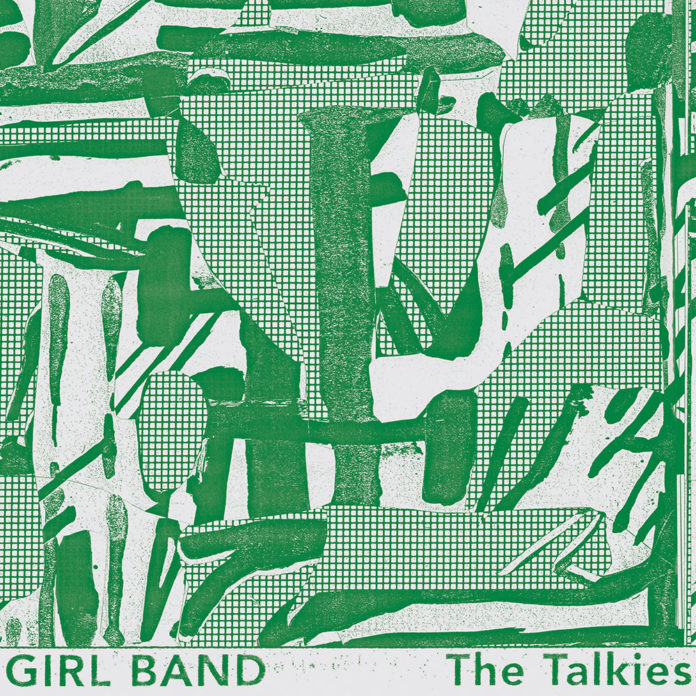 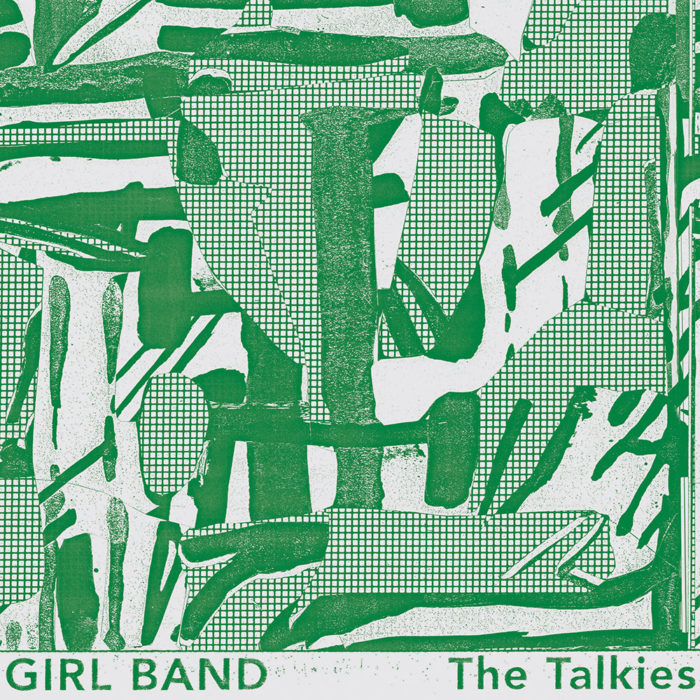 Four years on from their acclaimed debut album Holding Hands With Jamie Girl Band are back with The Talkies out via Rough Trade on the 27th September. Simon Tucker reviews

In 1927 a revolution in art occured. A film was released which would help change the course of cinema for ever. The Jazz Singer was the moment where, to the audiences shock and delight, cinema started literally talking. The public and studios were caught off guard and anyone who refused to embrace the new technology and stick to the old format were soon showed up to be dinosaur conservatives. A thrilling leap forward that was only surpassed when a few years later Dorothy and Toto visited Oz.

Fast forward quite a few years and another revolution is happening. Like when cinema started talking, another well established format is in the middle of a revolution. The traditional guitar band formula is undergoing a transformation and just like in 1927 if you are sticking to the old ways you will soon be swept aside. This year has seen a clutch of guitar bands take the stale 4-5 lads-in-a-band mould and crush into new and thrilling shapes. In Wales we have the likes of Papur Wal and Los Blancos giving the Welsh language angular-guitar sound a new vocabulary and helping to kick-start a renaissance in Welsh language music. In Scotland we have a band like The Twilight Sad who contain many elements we are familiar with yet they are turning the anthemic into the vulnerable with a huge sound and an even bigger heart. In Ireland we have Fontaines D.C. a band as poetically beautiful as their ancestors yet one that is shifting the structures and the who-does-what-when traditional roles within a band which has resulted in their debut album Dogrel being one of the essential releases of 2019. Then we have Girl Band….

Sharing the birthplace of Fontaines DC Dublin’s Girl Band are back with their highly anticipated second album aptly titled The Talkies. The band have been a way for a while dealing with well documented issues (if you want to know more then get into your search engine..it is not this writers place to talk about the “whys”. I am just here to talk about the now) and there was a time where we thought maybe we would have to come to the terms with the fact that when it came to Girl Band we just needed to enjoy those early EP’s and their stunning debut album Holding Hands With Jamie. A small amount in units but grand in size of legacy.

Hearing there was to be new Girl Band music in the world, that there would be an LP worth of material and, most importantly, the band were doing well and feeling ready to reengage with an audience was great news and it came at a time when we needed it the most. Leading with two singles (Shouldeblades and Going Norway) The Talkies is the perfect tonic for the collective breakdown that is 2019 and that is not because it acts as a form of escapism but more so the fact that The Talkies is a mirror to our very own well of darkness. A splintered shattering of cut-up couplets and oppressive atmosphere injected with a sleaze groove that keeps you dancing down the stairs into hell.

The Talkies even begins with a panic attack. Prolix (an instrumental…you see what they did there) clutches you around your chest as lead singer Dara Kiely pants and gasps for air. The sonic background is minimal yet rapid..pulse pulse pulse. It ends just in time. This is the framework from which Girl Band paint their picture and whilst Prolix is brief it is vital and effective.

Girl Band create a Red Room of backward life and of up-ended physics throughout The Talkies. Aside from Kiely’s slurred then screamed lyrics (more on this later) and the drums, which don’t always sound like drums, you have no sense of who is doing what and when. There is no grandstanding or singular ego. The entire band are solely focused on the sound and shape of the album and not when their own little moment in the spotlight occurs. The sound of The Talkies (which took shape in Ballintubbert House, Ireland) is one of spitting pistons and grinding gears. Instrumentation growls and slithers with sonic callbacks scattered throughout, demons in the machine. Whilst there is a uniqueness to what we are hearing there are a few brief betrayals of influence whether that be the Glam stomp of Shoulderblades or the trash-can carnivale of Tom Waits’ Real Gone on Aibohphobia. With the sound in place it is over to Dara Kiely to narrate and what a unique storyteller he is.

Kiely follows Joyce, Burroughs, Dylan…his lyrics are strewn with the absurd and the profound. The Talkies is soaked in a lyrical intellect that warrants every minute you spend pouring over them. They are not here to always make sense but frankly what the fuck does make sense anymore? Kiely’s lyrics are witty and sensual. He is at ease when discussing being aroused in a sauna (Couch Combover) as he is childish acts like “writing BUM on the wall”. Here we have a lyric writer eschewing verse form narrative and instead hitting you in the head with one-liners that strike instant familiarity with the listener. There is no need to explain “Bloke with The Man and the Legend T-shirt” or “Sporting a Zidane”…if you know you know. It feels like we are reading someones notes on their phone. Lines that Kiely has jotted down as he goes about his day. There are also plenty of references to ill mental health scattered throughout the album which, like on their debut Holding Hands With Jamie, are poignant and powerful (kudos must be especially given for the brilliant “Feel like a chicken / Act like a Cock” line) Here is a writer as happy dealing with the abstract as he is the deeply personal. Throw in a voice that is half-drunk slur, half drunk primal scream and you have a unique talent.

We should all be grateful that Girl Band is back. Their return occurs as mass confusion is rife and the absurd has become the resident of Number 10. Collectively the Western world seems to be in a state of massive one fuckupmanship and out of this chaos we get the perfect soundtrack. The Talkies is a concrete slab of horror and humour. It is an album that is grimy and majestic. Beautiful in its ugliness. It seems haunted by demons yet also also a sense gallows humour. Listening to The Talkies is a life-affirming experience as it not only allows you to get that vital sense of someone understanding the noise within your own head it also tells you that it is ok to feel this way as long as you channel it properly and use it for positive ends.

Welcome back Girl Band….you have been missed

Words by Simon Tucker. More writing by Simon on Louder Than War can be found at his author’s archive. You can also find Simon on twitter as @simontucker1979