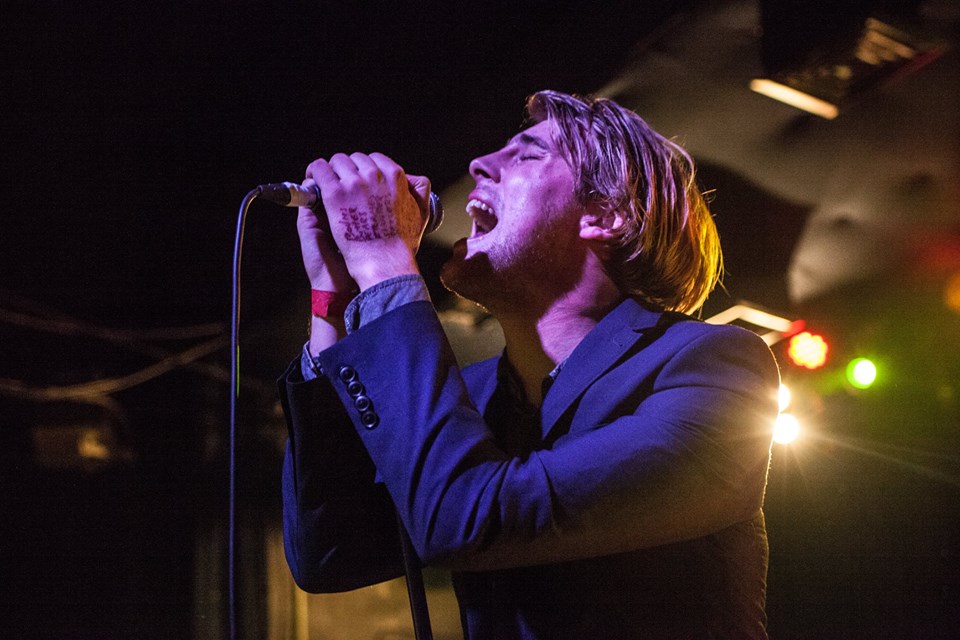 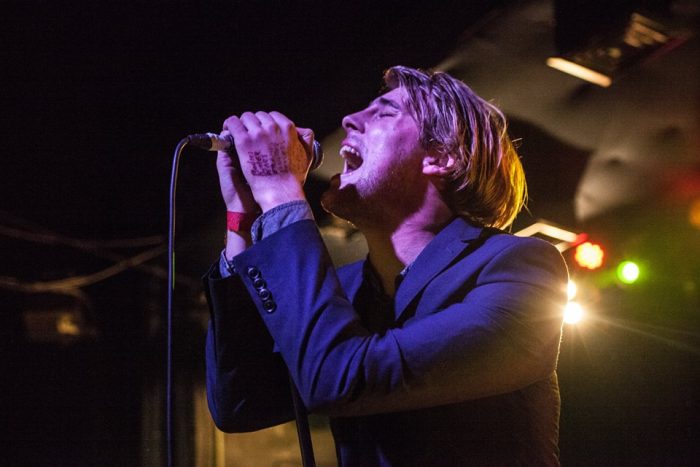 The popularity of Irish band Girl Band is on the rise. Keith Goldhanger witnesses the noise.

Before one of us had even walked through the door tonight we were reminded how we once shrugged and confessed that being in the same room (https://louderthanwar.com/visions-festival-east-london-saturday-8th-august-2015/) as these four Irishmen (I haven’t checked this, I’ve just presumed this is where they are all from) was too much of a painful experience and would end earlier than planned for the one of us who was standing closer to the exit than the mosh pit.

A couple of Autumns later and we’re here for Girl Band’s biggest (another presumption) London headline show in front of a packed Scala (It’s definitely called this because it’s written above the door).

The opening song and immediately recognisable intro to “Why they hide their bodies under my garage” gets the crowd shuffling their feet, casually claiming their territory and waiting for the big bass drum to arrive that will cause a ripple of arms to hit the air from the centre of the room that spreads over to the edges very slowly as the song drifts on before setting down again. (Imagine Richard Attenborough saying this out loud – it’s the only reason I kept it in).

It’s another presumption that most of this audience may not have ever witnessed a young energetic, angry Mark E Smith back in the early 80’s – A Mark E Smith that owned the room not the one that looks like your granddad standing by the fireplace shouting at people that we see nowadays. Girl Band front man Dara Kiely is very much like this at times. (A quiet word here Dara, cut out the fags and the beer or else…)

It’s the vocals and drums that keep all this going. The bass is a rumble and the guitar just makes a noise. A noise more akin to the noises the electric tools in your DIY box make. We’re craning our necks for some instrumentation we may have once seen Cabaret Voltaire use around the same time that Girl Band’s own parents were probably young and cool enough be going out to watch really cool gigs that may have actually featured the young Smith just mentioned.

At times during the set we’re just standing in a large room listening to snippets of noise, waiting for a drum to kick in at a different tempo from the last song that crashes and grinds away but doesn’t make us uncomfortable in the way that a My Bloody Valentine show would. Throbbing (Gristle) grooves from the bass and song endings that stop suddenly as though the plugs are all pulled unexpectedly, bringing us a bit of respite before the next rhythm or wave of noise begins and we’re submerged again in this absolute joyous racket that may last a full five minutes or a short twenty seconds.

There’s not really any other band doing this in 2016. This isn’t about catchy choruses and soppy lyrics, these are noises that Blast first records used to sell us in the late 80’s with bands like Head of David, Big Stick or Big Black. Girl Band are all about dynamics, the frequencies each individual up there are responsible for throwing out of the speakers, the grove, the hypnotic beats that can get the listener shuffling from one foot to the next, dancing as though we’re in a field at four o’clock in the morning or at times throwing whole bodies into whilst colliding with others in the process as each song builds.

Girl Band are comparable to the sound of all our favourite ‘noise bands’ from the past but they’re also as fresh and exciting as the bands we used to love when these bands first crossed paths. One leaves the building considering the thought that this is the noise that could get some of us back into the rehearsal rooms again (but our knees are gone and I for one could never be arsed to carry things up stairs ever ever ever again if I’m being honest).

They may not be the ideal band to watch in a cold damp room on the hottest day of the year like one of us managed to before any of their tunes had been heard but once the music of Girl Band does become familiar then those that may not particular enjoy this the first time may need to spend a bit more time digesting this because this is something that could be listened to for years.

As it has been with all our favourites.