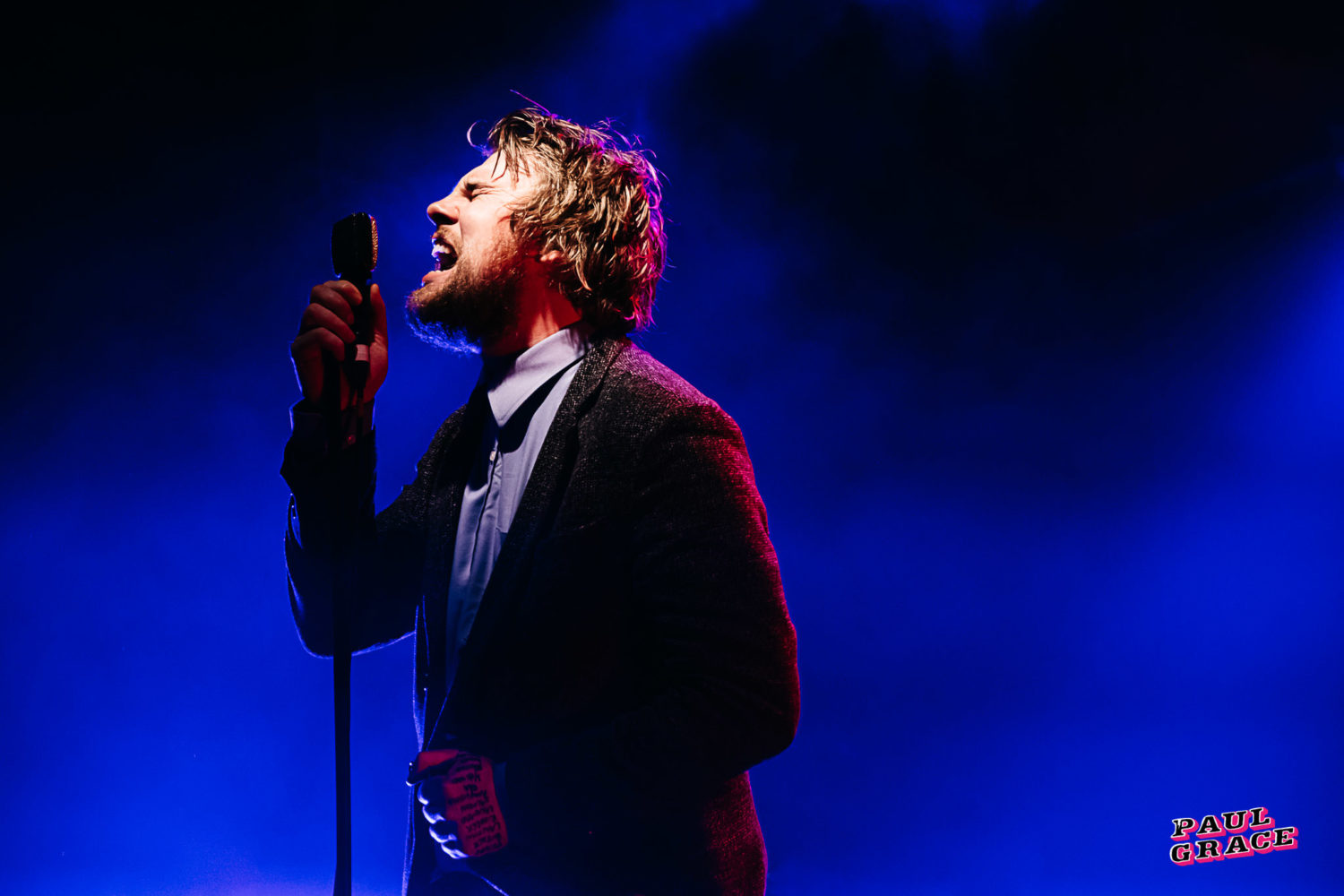 Dublin’s Girl Band prove that noise can be mesmerising as they brought The Talkies Tour to London’s Electric Ballroom. But it left Louder Than War’s Andy Duke feeling conflicted. And with weirdly heavy shoulder blades. Confused? All will be revealed.

In these non-binary times, the devil and angel on my shoulders have made me examine this show in a very black and white manner. The devil relishes all things noise, drones and distorted tones. The angel is a great lover of melody and experiences instant discomfort in the band’s sonic assault. Rather than there being a good or bad companion, my two partners merely differ in their views. And they’re exceedingly vocal about it.

Walking onstage to the sound of looped-up blasts that resemble an outraged Dalek, there’s little pomp or circumstance to the band’s arrival. They’re cool, calm and understated. The sounds they’re about to unleash, however, are anything but.

Kicking their set off with Pears For Lunch, a track that shares DNA with The Fall’s Totally Wired in the vocal delivery department, my devilish companion gives sways to the delightful dirge. The conservative angel on my other shoulder, however, is surprised at how static the band’s figurehead is. 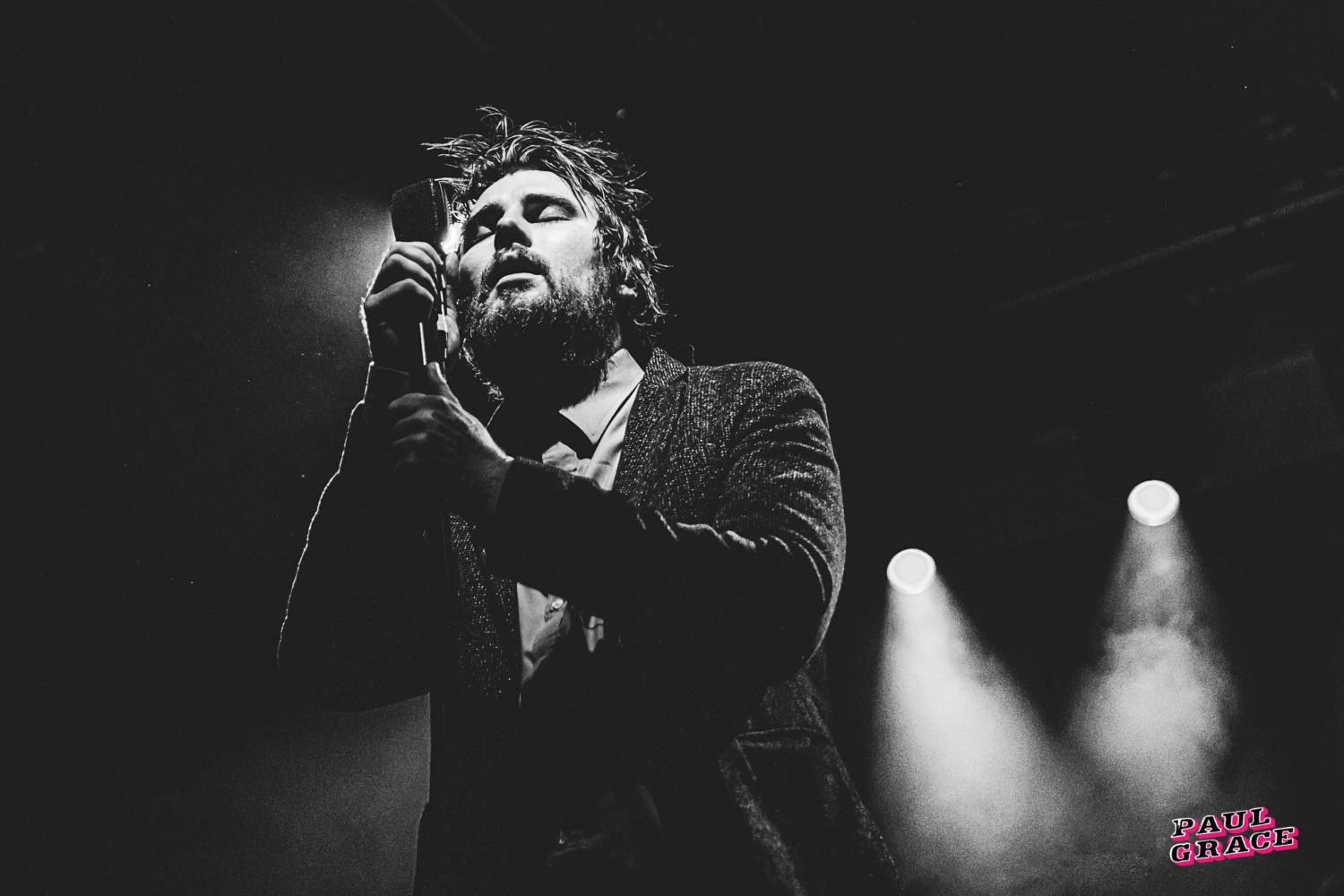 Dara Kiely may sound like a deranged Mark E. Smith but he well and truly embraces Liam Gallagher’s fondness for stillness. I face the angel and remind him that live footage I’ve witnessed on YouTube reveals that the singer is anything but still. Perhaps this will be a slow burn and the vocalist will come alive as the show progresses? The angelic one wasn’t optimistic about this happening and it turns out he was right. Kiely remains intensely static for the duration of their 13-song set. Beelzebub on my left, however, is having none of this and questions whether entertainment should be judged in terms of movement and crowd engagement. While I take the devil’s point, the band did seem a bit detached from the crowd. Not that the 1500 attendees minded.

During the slower passages of the set, the crowd regularly morphs into a sway pit up by the stage. This is a unique sight that resembles a slow-motion version of a mosh pit. These eventually transform into full-on normal speed mosh pits when Girl Band goes into full overdrive. With the peaks and valleys of songs descending through the speakers unpredictably, crowd surfing happens at irregular intervals. But it does happen.

Similar to Holy Fuck, Girl Band has the ability to harness noise and dissonance and elevate it into quasi-rave material that gives one an irresistible urge to dance. Unlike their Canadian counterparts, however, this four-piece band achieve this live with no synths, vocoders or electronica within their arsenal. The rhythm section of Faulkner and Fox must be commended for effectively delivering these stylistic shifts with the latter’s dirty bass being a particularly outstanding force. 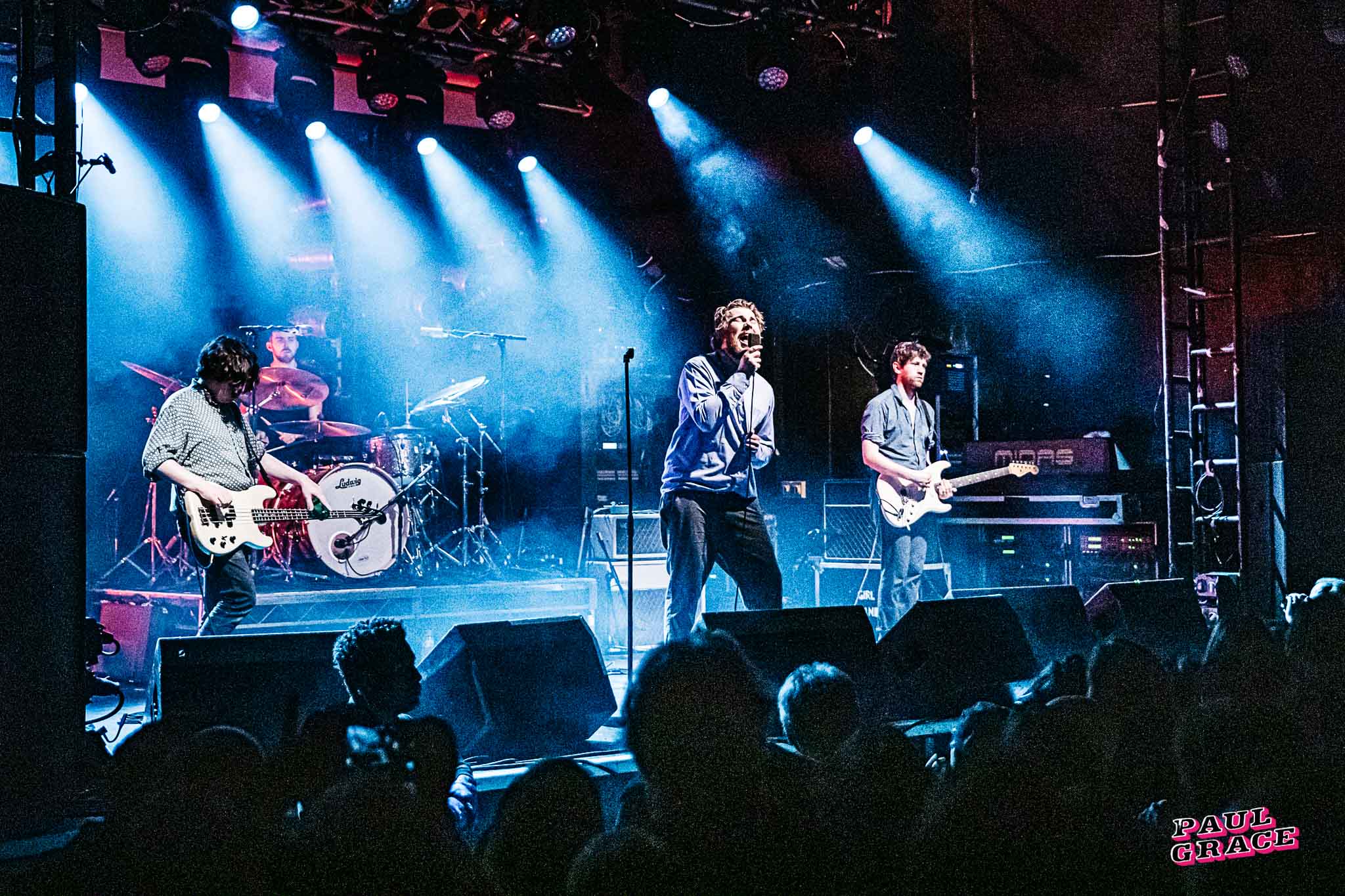 With his Duff McKagen-worthy Fender Jazz Bass Special, Fox regularly traverses the dusty end of his fretboard and beyond to create a wall of noise that transcends the range of his instrument. From subtle hypnotic sub-bass thuds to the sound of trench warfare being broadcast from his Ampeg 8×10 stack – Fox is anything but a typical bassist. He’s also not afraid to incorporate an old glass bottle to enable ‘slide bass’ parts. Used to good effect on Fucking Butter and Laggard, this creates a sound that resembles the pitch control on a dirty synth rather than a fretless bass.

Meanwhile, Alan Duggan’s guitar carries on the tradition of Ranaldo and Moore’s work with Sonic Youth and makes it filthier and more unhinged. Running the gamut from ethereal arpeggios to terrifying soundscapes – his performance tonight is a masterclass on how to effectively fill space. 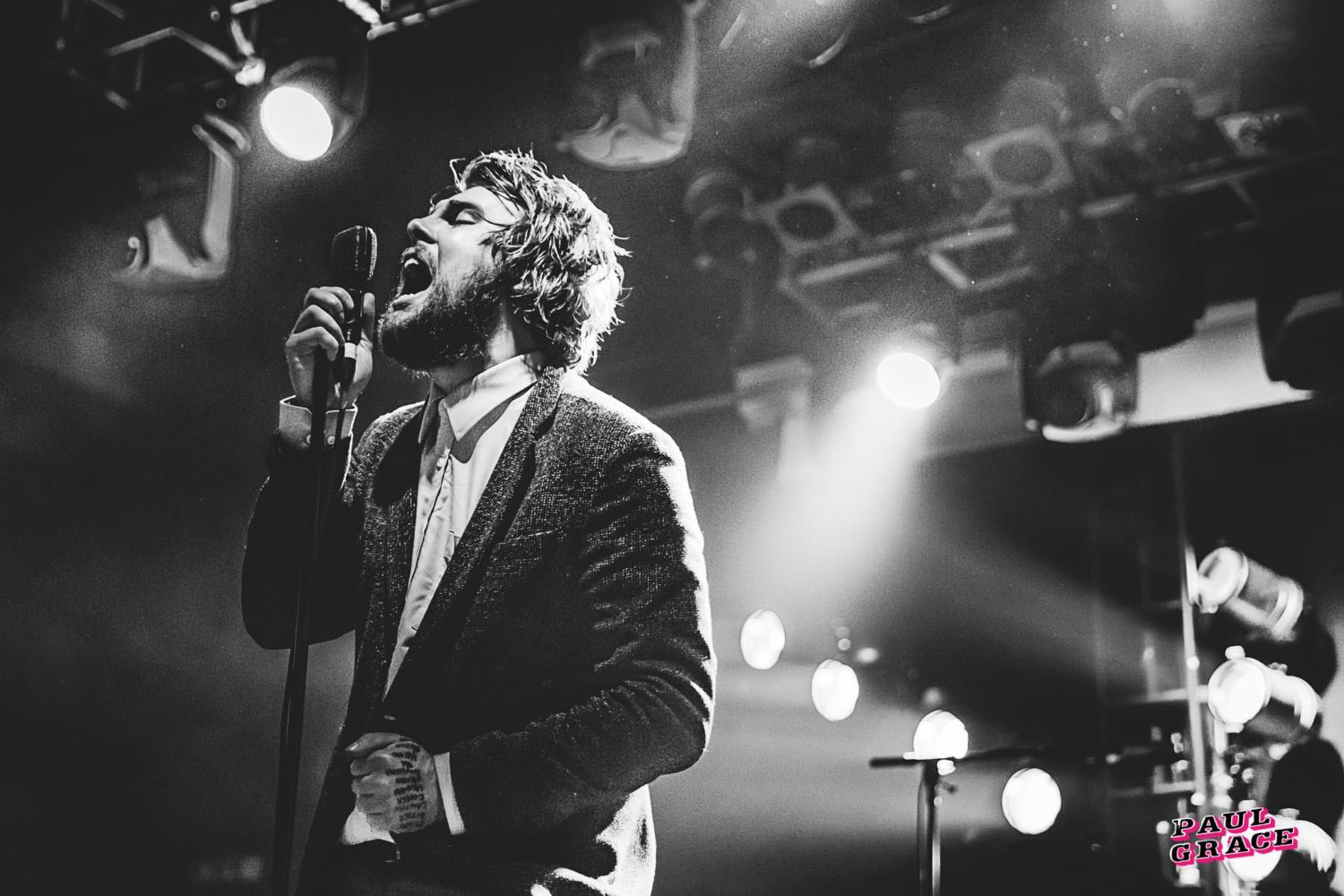 At their best, Girl Band succeed in striking a common primeval nerve within the crowd to which I wasn’t immune. At their worst, however, I can’t deny that a lot of the set is a very hard listen. Not that music should always be melodic or easy to take in but I do wish that there was a greater breadth between the light and the noisy darkness of this lot.

But, ultimately, this isn’t a review of the band’s material but an examination of their prowess live. While the devil convinced me that there’s a great deal of terrible beauty in the noises they produce, the angel made me question the group’s stage presence. With Kiely, I felt as if I was staring at a bored if irritated Geography lecturer for most of the gig. Perhaps he was having an off night but I really missed the physicality he displayed at the band’s earlier performances. Regardless of his contained demeanour, however, this frontman has oodles of character. And, hearing the crowd match his quirky phrasing on the likes of The Cha Cha Cha and Going Norway word for word was as memorable as the band’s noise.

Now I just need to find a way to get rid of the dynamic duo on my shoulders.