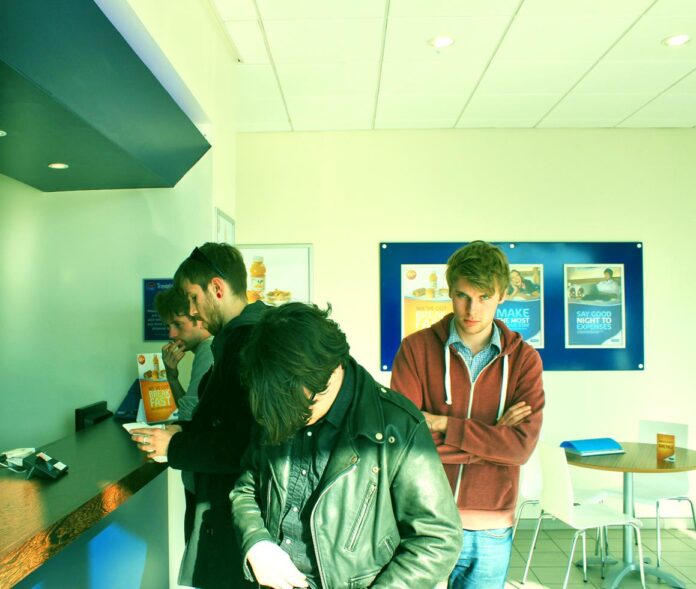 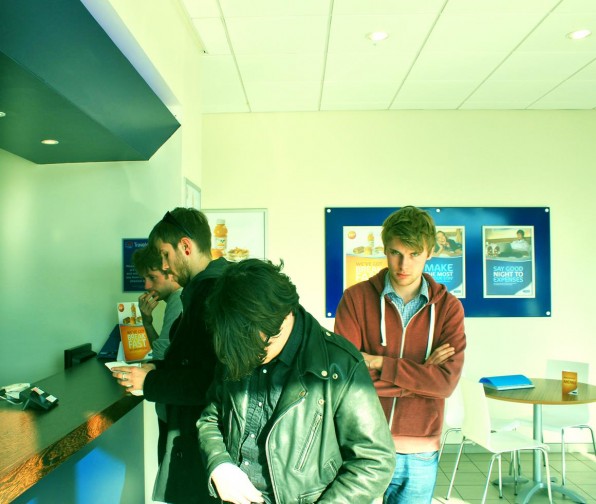 There is a fantastic and beautiful chaos going on.

Girl Band are destroying rock n roll and making something more thrilling instead. They have dug into the Death To Trad Rock noise archive of dusty old 80s releases from the Fall and other noiseniks and rebuilt it as their own and sound thrilling and explosive at the same time and have created their own musical langauage that could potentially have a whole new generation dancing to their possibilities.

Every now and then you get some ageing music fan or ready for the knackers yard music writer sighing into their cocoa muttering,  ‘music is over’, ‘everything has been done’ they claim as they wistfully look to the past with misty eyed reverence for nostalgia.

They obviously haven’t seen Girl Band. The Dublin based four piece tear this Bratislava venue apart with a stunning take down of the guitar thing. They manage to pack the intensity of the early Nirvana shows that I saw with Cobain delivering the scorched throat policy to 10 people in rooms like tonight like his life depended on it (and it did). They don’t do this with anything as dull as convention- the guitar remakes noises I didn’t believe were possible- squalling and moaning and twisting and turning the electricity into new shapes and sounds that are so far away from the guitar solo 12 bar of most rock that it makes you crackle with an inner tension and thrill.

That they manage to do this and surf on the edge of musical collapse is one thing, that they do this and somehow make it all sound like songs and with an electric shock of excitement is something else. Somehow the 4 slight and unassuming young men on the stage play a tsunami of beautiful noise that tears down rock convention and creates a new language. They are that original and that brilliant.

It took them nearly seven years to get this good, but then this kind of music is not simple to make- this takes some real thinking to get this dislocated. Dublin based singer Dara Kiely and guitarist Alan Duggan formed as a teenage Strokes style band called the Harrows and then as a the Emo band Surface before discovering that there was so much more to music than the Strokes lightweight dalliance with the form.

The arrival of drummer Adam Faulkner saw Kiely take over as singer and then the moment of revelation came when they heard the Fall and discovered that there was a whole different way of making music that broke all the rules and sill sounded good. This changed changed everything- including the band’s name which became Girl Band.

They took this past and cranked it into the recent and their adrenalised rush of music makes for a thrilling live spectacle.

Kiley clutches the mic his eyes screwed shut like a demonic young ian Curtis. There are many truths pouring out the emotion and intensity are cranking through his body like his own private war.

They play at hardcore speed. They are rip up the blueprint with an intelligence and are as intense as you have to be when you play this stuff properly. They never play a dull note. They create a new lexicon, a new noise and are instantly one of the most exciting young bands on the planet- the only question is where do they take it from here?