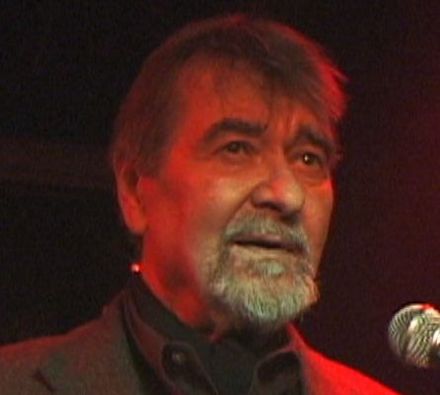 Giorgio Gomelsky has died at the age of 81.

One of the prime architects of the British blues boom in the early sixties Giorgo owned the Crawdaddy club in London where the Rolling Stones were the house band and was key in their construction and early career.

When the Stones left he did the same with the Yardbirds and managed and produced them early on them whilst they were the club’s house band firing both bands up with his love of the blues. He was also film maker, impresario, music manager, songwriter (as Oscar Rasputin) and record producer. He was born in Georgia, grew up in Switzerland, and later lived in Britain and the US.

In 1967, he started Marmalade Records (distributed by Polydor), which featured “Julie Driscoll, Brian Auger and the Trinity”, The Blossom Toes, and early recordings by Graham Gouldman, Kevin Godley and Lol Creme, who became 10cc. The label closed in 1969. Gomelsky was also instrumental in the careers of The Soft Machine, Daevid Allen and Gong, Magma, and Material.