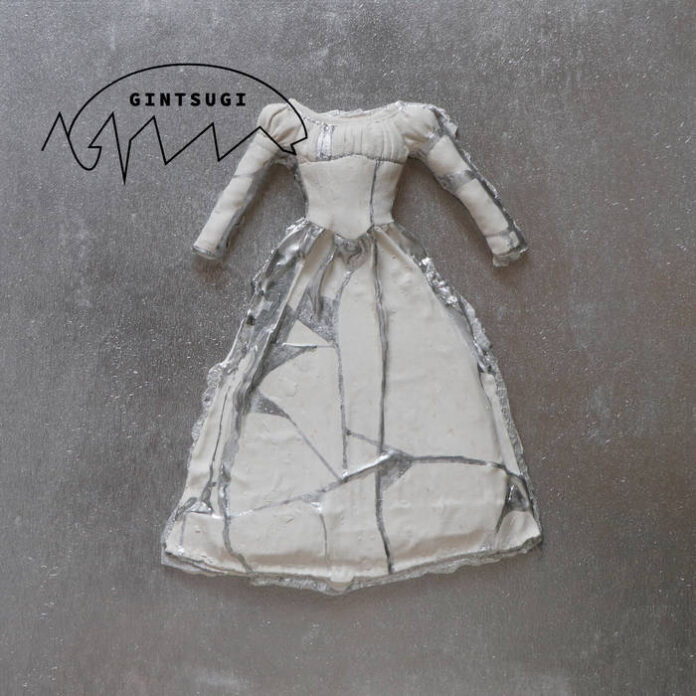 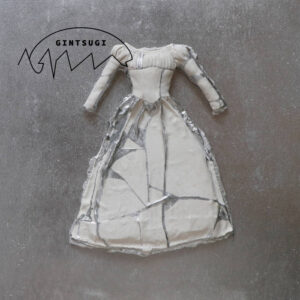 Gintsugi (aka Luna Paese) releases her eponymous debut EP, a beautifully crafted set of songs with an unsettling but elegant sound.

I recently featured Blind, the first single from this collection, in my monthly new bands feature so was excited to hear there was an EP on the way. Opening track Your Ghosts starts out as a delicate piano piece which, while much more minimalist in its approach, has the same intimate tone as the single. Melting briefly into atmospheric vocal harmonies before becoming unexpectedly dark and foreboding towards the end, it suggests there is a story hidden here to unpick. The lyrics, too, are opaque and elusive but give the feeling of an eerie, romantic folklore.

Spiralling Down, similarly, seems to describe the descent into an obsessive or unhealthy relationship, but as lyrics like ‘lost into an endless labyrinth / we push monsters away’ float to the top it takes on the quality of a mythical, dark fairytale. This is perfectly complemented by Luna’s vocals which can be soothing and lush one minute and piercing, cut glass the next. There is a warmth to the production, the backing vocals and the strings that conflict effectively with a coldness in the vocals and occasionally discordant keys in the music.

Both this track and Your Ghosts give the impression of huge amounts of tumult being barely contained within them, occasionally breaking through in the sharper moments. The video for Spiraling Down seems to reflect this when the picture unexpectedly starts to shake, more and more violently, until the image is uncomfortable and almost impossible to watch. It contrasts peculiarly with the slowness of the song, but at the same time is a perfect illustration of the emotion within it.

Disarray, the standout track on the EP for me, changes the pace with a smooth, gentler opening. There is an almost playful feel to this song, the backing vocal harmonies in particular sit somewhere between enigmatic sea sirens and a 50’s soap commercial, but punctured with the most obviously aggressive, vicious edge of any of the songs in the collection. There is a fantastic wit in Luna’s vocal delivery, somewhat reminiscent of Diamanda Galás or Miranda Sex Garden, as she archly stretches lines like ‘reality is overrated’ and spits them out over the top of the swooning, dreamy background.

Blind, which I reviewed previously, is by far the poppiest track here, albeit in an edgy, alt-pop, PJ Harvey kind of a way. However, while it is undoubtedly the most immediate, this is a fascinating and carefully curated EP with absolutely no filler. Each track feels as though it has many secrets left to uncover, and I look forward to spending time getting to know them better.