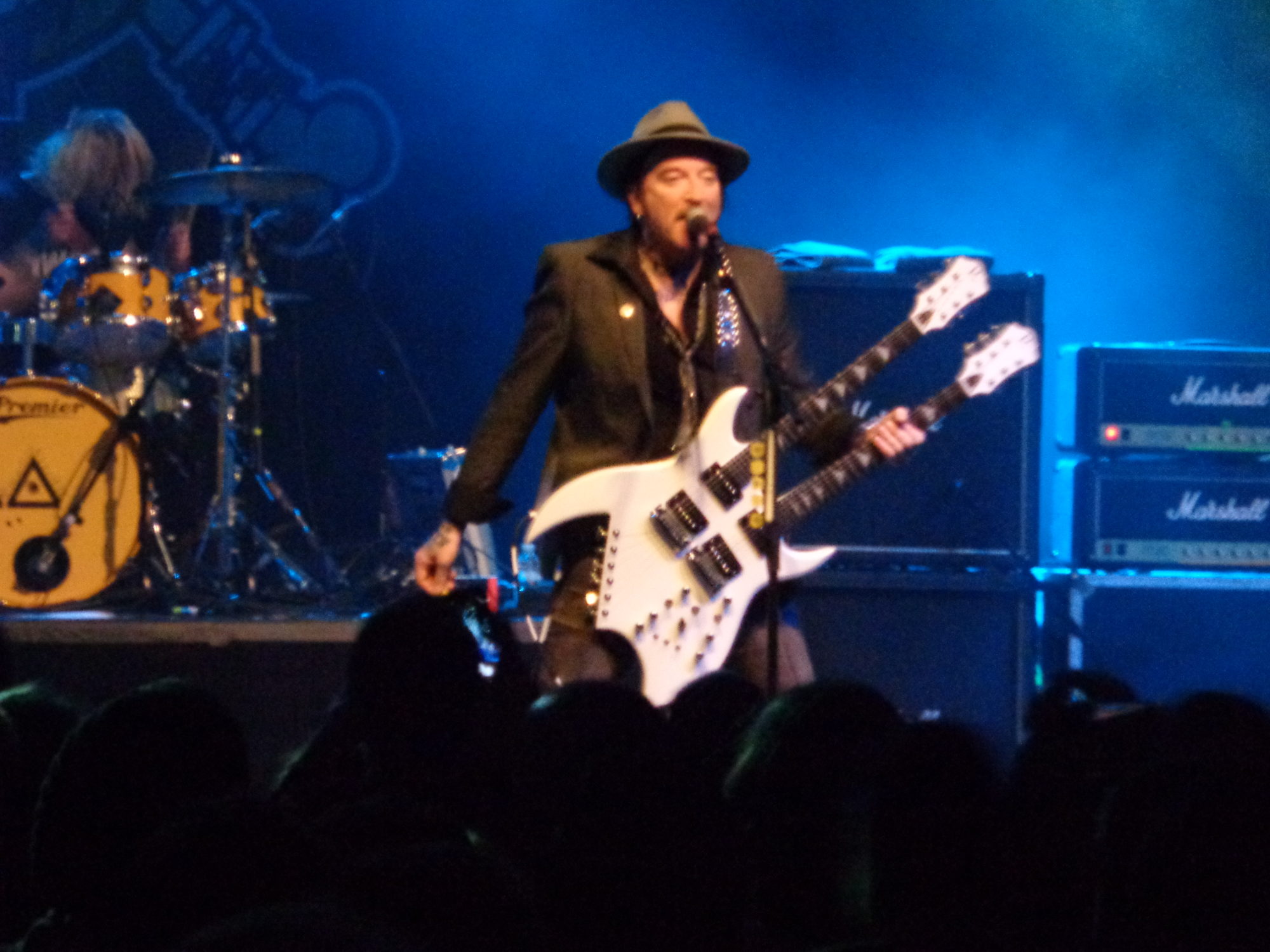 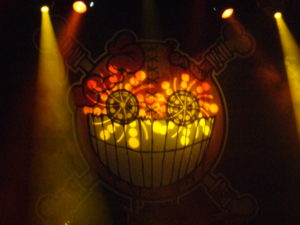 After an eventful few months, Ginger Wildheart takes to the stage for his postponed annual ‘Birthday Bash’ gig.

When last December’s ‘Birthday Bash’ was postponed due to Ginger suffering a period of clinical depression, I, like many others, was concerned that he had been pushing himself too hard for too long. Work seems to be his way of coping, of pushing through the dark times. However, you need to factor in breaks/holidays. Having taken time away from performing, Ginger Wildheart appears to be approaching the annual celebration differently this time.

Gone are the three hour sets, when he had no time off the stage. Tonight was a more measured performance, with sets from four other bands whom he rates highly and wants to give more exposure to.

Tropical Contact were first on. A short, energetic set of songs from their debut album ‘XS’ saw them appeal to the Wildhearts fans; their riffs are similarly infectious, and they are eager to entertain.

The Scaramanga Six are perhaps more of an acquired taste for rock fans. I love them, and they got a good reception. Putting the brilliant ‘Misadventure’ in the set didn’t hurt. You can’t not like that.

Dirt Box Disco are well versed in winning crowds over, and their brand of singalong punk pop grabbed our attention tonight. They cleverly write choruses that you can join in with on first listen, like a Bay City Rollers from another dimension.

Heck, formerly Baby Godzilla, are not for the faint hearted. They make a mountain of noise, and if this floats your boat, they are probably the band to see at the moment. The stage can not contain them, and the singer/guitarist explores every part of the venue, including the balcony. Full marks for energy.

With The Ginger Wildheart Band as an established unit, Ginger can allow the songs to carry themselves; the band (Jase Edwards and Chris Catalyst on guitars, Random Jon Poole on bass, Denzel on drums and Givvi Flynn on vocals) are tight but clearly having a lot of fun.

While we get the ubiquitous ‘Geordie In Wonderland’ with Chris on bass and Jon on drums, the majority of the set encompasses Ginger’s more recent solo output, which is as varied as you’d expect. Highlights for me come from ‘555%’ and the ‘Year Of The Fan Club’, when Ginger wrote three new songs each month for a year. These include ‘Down The Dip’, ‘The Pendine Incident’, ‘Confusion’ and ‘Forget About It’.

Chris sings ‘Burn This City Down’ from the ‘Albion’ album, while Givvi adds her magic to The Wildhearts’ ‘Bipolar Baby’ as well as ‘So Into You’. With the shock withdrawal of Hey! Hello! due to Hollis’ departure, I know that Givvi could have made those songs work, but we aren’t short changed tonight. Every ‘Birthday Bash’ must, by its nature, be different from the others, and it’s good to see Ginger and the band in a relaxed, playful mood. I hope he continues to find peace and balance. He has given so much to his followers for many years and continues to have much to say through his music.

Words and photos by Martin Haslam