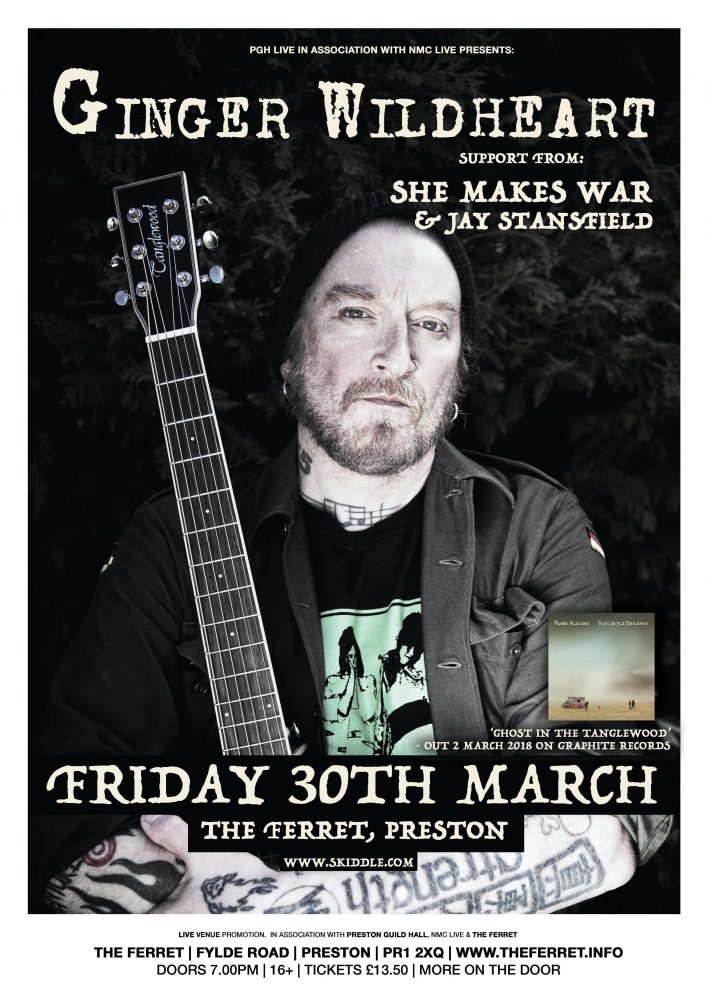 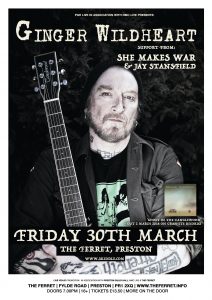 On 2 March 2018 Ginger Wildheart released his new album, the aptly titled ‘Ghost In The Tanglewood’. A seamless mix of country, folk, roots and rock, the record showcases Ginger’s song-writing maturity as he wears his heart and influences on his sleeve over 10 deeply personal tracks, channelling his emotions and and pouring his soul into every note. Influenced by the likes of Steve Earle, Maria McKee, Tom Waits and Richard Thompson, this is Ginger music on the mellow side; roots music played by a working class Geordie raised on country and Northern folk music.

In support of the album Ginger will be playing the record across the UK. More Ginger Wildheart headline shows are currently being arranged. He will also support Levellers on their February / March UK acoustic tour (*) and Frank Turner at London’s The Roundhouse on 13th May.

On 30 March at The Ferret in Preston, Ginger is supported by All Hail Hyena frontman and Louder Than War contributor, Jay Stansfield: “Excited would be an understatement about playing this solo show on the 30th March with Ginger Wildheart at The Ferret in Preston. I’m gonna be debuting some ALL HAIL HYENACOUSTIK and spreading the good word of Hyena Inc. at the show so hopefully it will turn people on. Its a massive honour to be supporting such a genuinely kind and modest chap from what I’ve read and I look forward to meeting him! If his album is anything to go by it’s gonna be a countryfest! She Makes War is also mega cool and I can’t wait to watch her blast out her music. What a bill!”

Tickets for the Preston show are available via Skiddle and the is a Facebook event page here.