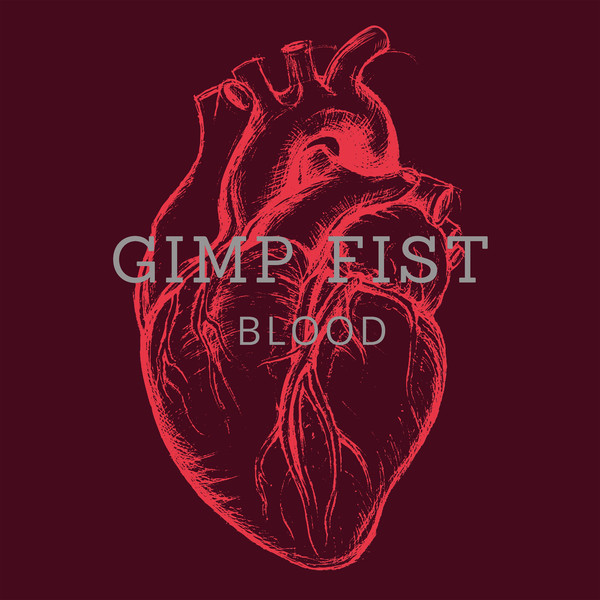 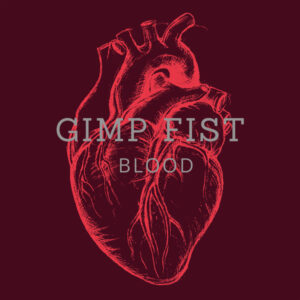 With five albums, a few EP’s and numerous splits and singles under their belts it would be foolhardy to dismiss Gimp Fist as nothing more than a band who have in their fractured fourteen-year career consistently churned out material at such pace and vigour as to be just another band treading the same old ground over and over and over again, but you’d be wrong to think so. So very wrong!

Listening to their most recent release, Blood, shows that the Darlington trio have with their sixth full length album definitely not been sticking to the well-worn easy to please formula of monotony which is endemic of many bands within the punk rock scene today.

Throwing down sixteen tracks in just over half an hour with this much pride, passion and performance laced within its grooves is nothing short of spectacular, and with such a healthy back catalogue to compete with it’s hard to argue that this won’t disappoint even the most fair-weather of Gimp Fist fans.

Blending a fine mix of punk and hardcore it’s easy to see where the appeal lies musically, even if it is lacking any of their occasional trademark ska standards. It bristles with an overarching sense of angst and urgency, bar the occasional track which turns that notion on its head. But as always with every one of their previous releases it seems to feel fresher and more vibrant, and somehow seems to top the rest in being better than the last. Until next time that is.

The lyrics are still as intelligent and in your face as ever with their gutsy, full of feeling call to arms, but would you really want it any other way? These are the words that will provoke and order you to take stock of reality, and to stick together no matter what and to care more about the important things in life, and that’s what makes this band as vital as they are, definitely up in the one percent of greats.

If you’ve never listened to Gimp Fist before I would usually advise you go from the start and work your way through and end up at the end, a direct A to Z. But with this new album still burning itself deep into my turntable I would say go straight from here and discover the rest however you feel fit, because this finely wrapped package wouldn’t feel one bit out of place anywhere amongst the band’s superb discography.
So, go and buy this album now so you can say I heard this before (insert next album title here) which will surely as with everything they’ve done just prove their worth and show that they really do just get better and better.